Jan Kiely book was reviewed by Emily Whewell for H-Asia and is published here under Creative Commons license.
February 7, 2015
Print 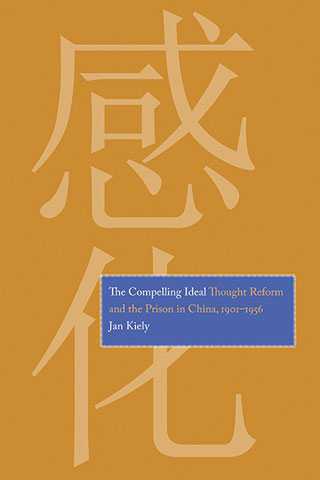 which the masses were indoctrinated into CCP ideology, self-criticism sessions, and mass “struggles” against counterrevolutionaries. However, until now, a comprehensive study of the pre-Communist origins of thought reform as a concept, and its evolution in implementation, have been left curiously understudied. Alongside this lacuna, is the relative dearth of studies on prisons and penal reformation, considering the vast literature on various aspects of the late Qing and especially the Republican era. This makes Jan Kiely’s the Compelling Ideal a groundbreaking and valuable study. Relying on a extraordinary large range of primary sources, Kiely traces the origins of the rehabilitative incarceration associated with penal reformation projects, to its implementation and evolution as a process used widely by later Nationalist and Communist regimes.

Indeed, one of the great advantages of the book is the extensive time frame it covers, from the Qing in the late nineteenth century through to the 1950s Maoist period. In particular, by taking a time frame spanning several regimes three themes emerge. First Kiely shows how penal reformation and thought reform in theory and practice came from an amalgamation of ideas and perspectives. He then shows how there were certain strands of continuity between regimes in penal ideals and thought reform practice and finally, how penal reformation and thought reform was often interlinked with wider state projects.

In chapter 1, Kiely identifies the start of the process in the late Qing around the turn of the twentieth century. Foreign extraterritoriality compromised China’s sovereignty, but a number of foreign powers agreed to abolish extraterritoriality if China pursued modernizing reforms of its legal and penal institutions. This provided the impetus for the Qing to seek penal reforms. Traditional penal practice and legal philosophy had been based upon ideas of retribution and the practice of corporal punishment, but to modernize, the Qing looked to the new ideas of penal reformation from Japan and the West. Such new ideas included the building of modern prisons, and particularly the idea of rehabilitative incarceration. Taking both, however, was not a simple process of direct adoption. In particular, the concept of rehabilitative incarceration was interpreted and implemented in conjunction with more traditional Chinese philosophical ideas. Chapters 2, 3 and 4 explore this process and the divergence of implementation in the Republican era. Kiely identifies the key mediators in the process--the prison wardens and mid-level instructors--and uses some excellent case examples to illustrate the implementation process. In the main, reformation of the prisoner not only included more Westernized concepts of improving basic education and literacy, but also moral instruction. Neo-Confucian values of filial piety and self-cultivation were emphasized and self-criticism of moral failings was encouraged. However, such implementation varied due to the different approaches of instructors, and Kiely takes time to show how a range of influences, Western and traditional, religious and nonreligious, played a role in different prisons. As chapter 4 explores, the “buddhification” of some prisons included instruction based upon ideas of karmic cause-and-effect retribution to morally transform prisoners into better human beings.

Through the Republican period and into the wartime era (1937-45) and later Communist era (1949-56), Kiely shows the significance of thought reformation as a tool for the party-state to reform both individuals inside the prison, and those outside of it. Responding to the threat of Japan as well as rising urban crimes rates, thought reformation was understood as an essential tool for the state in the midst of national crisis and reform. Individuals needed instruction in moral values but also those deemed to be essential for molding modern citizens. Confucian ethical values and hygiene standards came alongside ideas of patriotism and Nationalist Guomindang (GMD) ideological doctrine. Inculcating such ideas was essential for the party-state. From 1927, the GMD aimed to wipe out ideological adversaries, especially Communists, and mass mobilization for anti-Japanese resistance in China. In such a way, the idea of rehabilitative incarceration became adopted outside of the prisons walls and was a compelling ideal to state officials, one that carried the notions of modernization and the new state, having both practical and political significance, and one that continued to rely upon more traditional ideas of moral indoctrination in a familiar approach.

It was within this era that the use of prisons as mass detention centers and sites for reforming political adversaries was first used on a larger scale, later to be developed and expanded under CCP rule. Although there were plenty of instances of extralegal executions, political indoctrination became an important strategy alongside moral instruction. However, in addition to prisons, Kiely shows how special self-examination institutes (fanxingyuan) embodied the practice of trying to rehabilitate suspected Communist individuals. Interestingly, as in the prisons, there was familiarity in the approach used: types of self-criticism sessions and instruction that had resonance both with rehabilitative instruction in prisons in the eras before, and what would come after in the Maoist state in self-styled “struggle sessions.”

Such continuities appeared in other ways. The doubtful success of rehabilitation and underfunding of rehabilitative incarceration in prisons and its offshoot institutions were similar problems across the eras. Frequently undermining reformation policy, underfunding enlarged the discrepancy between idea(l) and practice. The building of modern prisons was a piecemeal process, and inside the prison, as chapter 3 explores in detail, the gruesome life of prisoners of remained wretched--overcrowding and unhygienic conditions with disease and hunger common. Kiely provides some fascinating insights into life and conditions for the common prisoner. However, although rehabilitative success was lauded by the authorities in one particular case example, Kiely remains cautious about using a particular model prisoner as an example of a common story of rehabilitative reform. Indeed, high rates of recidivism pointed to the shortcomings of reformation policy and rampant crime in urban areas.

Nevertheless, the importance of reformation continued during the war era and into the Communist era. In chapters 5, 6, and 7 Kiely explores some of the similarities and differences between the GMD and CCP's use of labor camps and reformation techniques in the Communist era. In particular, he examines how commonplace abuse and coercion within instruction and struggle sessions, became a significant instrument of state power both within and without the prison, and how labor camps still emphasized the need to reform the mind. As Kiely states, “familiar patterns played out in new conditions” (p. 259) and it is this idea of adaptation, yet also certain strands of continuity, which comes across strongly in his argument within these later chapters.

Overall, the Compelling Ideal is a fascinating, well-written, carefully and extensively researched work. The temporal frame of the study and use of an extensive range of archival sources is impressive. The book contains plenty of fascinating case examples of the implementation of penal reformation and its process. As Kiely notes himself, however, the sources present problems if one is looking for subaltern voices of prisoners themselves, although there are some glimpses of the everyday prison life traced in many of the chapters. By interlacing its narrative and analysis with that of state reformation and ideology over several eras, including aspects of indoctrination processes, nationalism, and mass mobilization, the book will have great appeal not just to those interested in prisons and prison reform but to a wide variety of researchers working on modern Chinese history.