The rise and fall of salt industry in Early Modern China

Madeleine Zelin from Columbia University explores in great detail the Zigong salt industry in southern Sichuan from its rise in the early nineteenth century to its decline in the late 1930s. Zigong's economic importance peaked in the late nineteenth century when it became the largest industrial center in China. This was mainly due to the ability of Zigong merchants or entrepreneurs to mobilize capital, develop and utilize new technologies to exploit the rich deposits of brine and natural gas, capture markets, and build and sustain corporate business organizations. Thus, the phenomenal rise of Zigong's industry provides a rare opportunity to examine China's indigenous industrial development independently of foreign influences. Greatly expanding our knowledge of business organization and practices in late imperial and twentieth-century China, Zelin's monograph is an eye-opener for this indigenous process.

Zelin's research is based on three types of historical sources: first, official compilations, such as salt gazetteers, salt 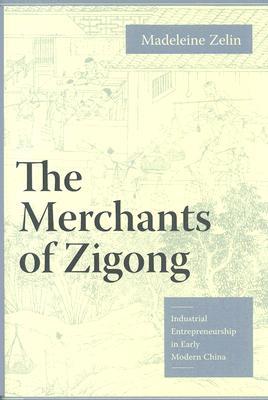 administration histories, collections of essays on salt administration, and local and provincial gazetteers; second, documents from the Zigong Municipal Archives, such as case records of legal suits and salt business accounts; and third, transcribed oral histories. Zelin begins her study by examining the specific business environment of Sichuan until the 1870s. Operating under circumstances not dissimilar to a free market economy, salt merchants were allowed to regulate themselves and utilize contracts to run their businesses. Significantly, the breakdown of the Qing Empire's salt administration during the Taiping Rebellion (1851-64) caused the Zigong salt industry's rise to dominating the market for salt in the southwest and in parts of central China. At the same time, salt yards in the districts of Fushun (aka Ziliujing) and Rongxian (aka Gongjing), an area today known as Zigong, achieved a competitive edge through technological innovation. As the author argues, both politics and technology worked together in creating conditions favorable to industrial expansion in Furong (i.e., Fushun and Rongxian). It is important to note that from the 1820s onward, improvement of deep drilling technology allowed for the excavation of highly productive black-brine wells with a depth of up to almost three thousand feet.

Although deep drilling promised high profits, it was a labor-intensive as well as capital-intensive undertaking with considerable attendant risks. Despite slender private wealth and a lack of industrial banking, investment in the productive capacities of the Furong salt yard remained robust just because of the promise of high profits and market expansion. Thus, the Furong salt yard wells became the focus of complex business partnerships that attracted the capital of both kin and non-kin, locals and outsiders.

The management of these partnerships, which encompassed factors of capitalization, land ownership, drilling equipment, technical expertise, and managerial talent, had many characteristics in common with the management of modern industrial firms. Elaborating on the evolution of these business partnerships by the turn of the nineteenth century, Zelin shows that both small and large holders of capital were willing to tie up resources for long periods of time, thereby challenging long-held assumptions about Chinese preferences for quick returns. Zellin deals with the growth of these business partnerships in chapters 2 and 3.

In chapter 4, her discussion turns to the four merchant families who dominated the Zigong salt industry between the 1850s and 1930s. As Zelin shows, lineage-based trusts were the organizational foundation of the major salt firms. They allowed for the development of vertically integrated holdings with minimal outside investment. Zelin argues convincingly that these Chinese lineage trusts were as successful as many Western counterparts in capital formation, managerial organization, and innovation. Chapter 5 deals with the labor environment of the Furong salt yards. The central point of this chapter's discussion is that many features associated with the rise of modern industry--such as a permanent, full-time work force, division of labor, and substantial hierarchical managerial control over labor--may as well be seen as emerging from the nineteenth- and early twentieth-centuries Sichuan salt industry.

Chapter 6 discusses the impact of governmental efforts in the late nineteenth century to force the Zigong salt industry under tighter governmental control. Zelin elaborates on the effects of market restrictions, the implementation of the guanyun (official transport and merchant sale) system, and an increase in revenue extraction from Sichuan salt sales on Sichuan salt producers. The last chapters deal with the changes that the Zigong salt industry underwent in the early twentieth century and its eventual decline. Along with political instability in early twentieth-century China, new technological developments--in particular, the exploitation of rock-salt and wide-diameter wells--resulted in a boom-bust cycle that finally led to the decline of the Sichuan salt market. Based on painstaking research, this comprehensive study provides new fascinating insights into the forces and networks that shaped Chinese business and industrial development in late imperial China and will give direction to further research in business history. Pointing to many striking similarities with the development in the West, it is also a great work in comparative history.