China and India: Partners and Rivals

They partner to sell Land Rovers, but fret about shipping lanes, energy supplies and pollution. Where do China and India collaborate and where do they compete?
April 18, 2022
Print 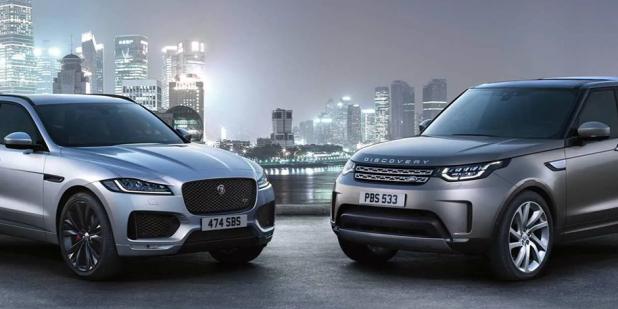 Six decades ago, India and China had roughly the same per capita gross domestic product ($82-89). The countries had huge populations but were both predominantly rural and poor. Economic reforms in China, including becoming open to external trade and investment, allowed the country to advance, becoming the world’s second largest economy in 2010. Change in India has been slower and less steady, but has more than quadrupled per capita GDP since 2000. Still, its per capita GDP is now just a fifth of China’s. As we noted last week, however, India’s population is younger than China’s and if it can generate non-farm new economy jobs, it could accelerate economic development. 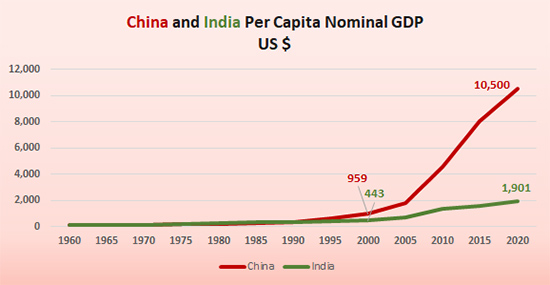 In our webinar last week, we talked with Fractured Himalaya author, Nirupama Rao, the former Indian foreign secretary and ambassador to both China and the United States, about the Indian-Chinese relationship. In her book, she describes it as “combative coexistence.” Not unlike the U.S. and China, geopolitical tensions haven’t sapped business collaboration. India-China trade slipped a bit in 2020, but rose again in 2021. Computers and telephones are India’s top imports from China, in terms of value, while iron ore is India’s top export to China. 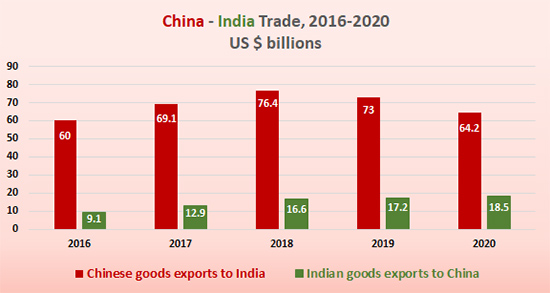 China and the U.S. have alternated in recent years as India’s top trade partner. Americans may be surprised to learn that in 2021, India was the top destination for U.S. oil exports and that diamonds were the top U.S. import from India. India also earns a lot in services from the U.S. In pre-pandemic 2019, Americans were the second largest contingent of foreign visitors to India, with five times the number of visitors from China. The U.S. is the most popular foreign destination for Indian travelers, receiving more than twice as many visitors as China and Hong Kong combined.

Several Indian firms have made big investments in China. These include Tata Motors which joined with Chery, a private Chinese automaker, to make and sell Jaguars and Land Rovers in China. By 2014, the joint venture was selling over 120,000 vehicles a year in China. Supply chain woes and other challenges have kept sales at roughly that level. Still, China accounts for a quarter of global Jaguar Land Rover sales. VIP Industries, a luggage maker, depends heavily on China for raw materials and manufacturing. It’s been trying to move manufacturing to lower cost Bangladesh. Other big investments in China have been in home appliances, pharmaceuticals and plastics.

Chinese companies have also made big bets in India. Alibaba and its financial services subsidiary Ant own about a third of Paytm. Alibaba made its first investment in 2015. In November 2021, Paytm launched India’s largest ever initial private offering, raising $2.4 billion. Softbank and Warren Buffet-led Berkshire Hathaway are among the other big investors in the payment company. Since then, however, the company has run into regulatory problems and the stock is down 60%.

Trade and investment has flourished despite the border flare-up in 2020 and the resulting ban in India of downloads of popular Chinese mobile apps such as TikTok. 200 million Indians had been using TikTok and parent company ByteDance planned to invest $1 billion more to grow in India. Indian start ups such as Josh and MX TakaTak have seized the market opening in short video and other sectors. India’s list of banned Chinese apps is now over 220. California-based Instagram also got a boost from the Indian ban on TikTok. It is now India’s top social network.

China’s economic growth has enabled it to invest more in its military. Its military spending is now second, only to that of the United States. As the country’s economic reach has grown, China’s leaders want to protect its supply lines and investments. This build-up worries the United States and other nations. India is also concerned about Chinese support for its longtime rival Pakistan. In 2007, Japan brought the U.S., India and Australia together for a “Quadrilateral Security Dialogue” and followed that with a joint military exercise. After a few stops and starts, collaboration among the four was revived during the Trump administration and has continued. Last week, the U.S. hosted a meeting of the top U.S. and Indian diplomats and defense officials. A “Quad” summit is planned for Tokyo in May. Chinese analysts encourage their leaders to counter the increasing cooperation among Quad members and others in the region by working more closely with other regional groups and highlighting economic benefits of strong ties with China. 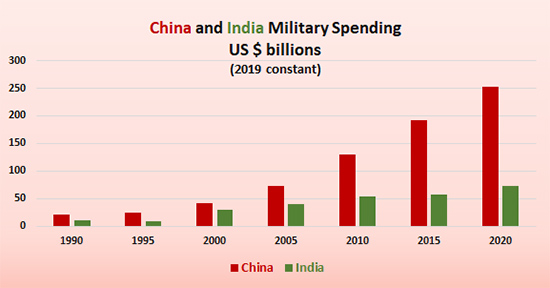 There have been a number of joint U.S.-Indian military exercises, but obstacles to close cooperation remain. These include India’s continued reliance on Russian military hardware, its refusal to embrace U.S.-imposed sanctions on Iran, and its more general distrust of alliances. India joined with China in abstaining when the United Nations General Assembly voted to condemn Russia’s invasion of Ukraine.

As they’ve pushed to develop (and helped to supply American and other households with desired goods), China and India have badly damaged the environment. The two countries have pointed out that developed nations such as the U.S. have done far more harm for far longer than they have and that, even now, per capita U.S. emissions dwarf those of China and India. 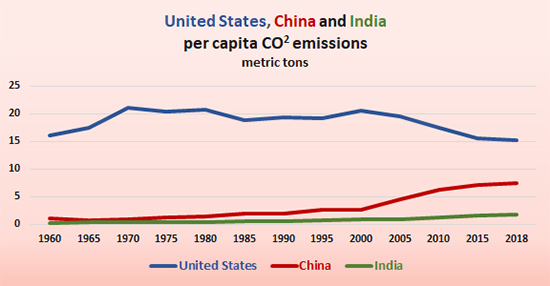 That said, it is the 2.8 billion people of China and India who are already suffering the most from this environmental degradation. Studies (1 | 2) estimate that air pollution alone yields over 2.5 million premature deaths each year in the two countries and that 18% of deaths in China and 24% of those in India are associated with toxic air and water pollution. To combat global climate change and to mitigate pain at home, both China and India need to act to increase production efficiency and shift to greener energy sources. As the chart above makes clear, however, the U.S. also has an outsized responsibility and need to act.