US Department of Defense, Military and Security Developments involving the People’s Republic of China, 2017

This is the U.S. Department of Defense's annual report to Congress.
May 15, 2017
Print 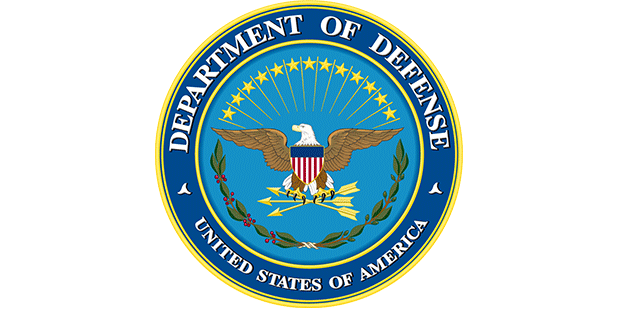 Published each year as mandated by Congress in 2000. The report is to “in both classified and unclassified form,  on  military  and  security  developments  involving  the  People’s  Republic  of  China.  The  report shall  address  the  current  and  probable  future  course  of  military -technological  development  of  the People’s Liberation Army and the tenets and probable development of Chinese security strategy and military  strategy,  and  of  the  military  organizations  and  operational  concepts  supporting  such  development over the next 20 years. The report shall also address United States-China engagement and cooperation on security matters during the period covered by the report, including through United States-China  military-to -military  contacts,  and  the  United  States  strategy  for  such  engagement  and  cooperation in the future.”
Executive Summary
In  2016,  the  armed  forces  of  the  Chinese  Communist  Party  (CCP)  began  implementing the sweeping  organizational  reforms that President Xi Jinping and other Chinese leaders unveiled  in  2015.  This reorganization is the latest phase in China’s long-term  military modernization program, which China’s leaders have characterized as essential to achieving great power status and what President Xi calls the  “China  Dream”  of  national  rejuvenation. The leadership portrays a strong military as critical to advancing China’s interests, preventing other countries from taking steps that would damage those interests, and ensuring that China can defend itself and its sovereignty claims.
The  military  reforms seek to  enhance  the People’s Liberation Army’s (PLA) ability to conduct joint operations; improve its ability to fight short-duration,  high-intensity regional conflicts at greater distances from the Chinese mainland; and strengthen the CCP’s control  over  the  military. The changes instituted last year included establishing new command elements and units including the Joint Staff Department, the Joint Operations Command Center, the Overseas Operations Office, and the Joint Logistics Support Force. The PLA also   established five regionally-based joint theaters, replacing the decades-old ground force-dominated seven military regions (MR).
China has leveraged its growing power to assert its sovereignty claims over features in the East and South China Seas.  China has used coercive tactics, such as the use of law enforcement vessels and its maritime militia, to enforce maritime claims and advance its interests in ways that are calculated to fall below the threshold  of  provoking  conflict. In the East China Sea, China continued to use  maritime law  enforcement ships and aircraft to patrol near the Senkaku Islands to challenge Japan’s claim.
In the South China Sea, China continued construction at its military outposts in the Spratly Islands. Important milestones in 2016 included landing civilian aircraft on its airfields on Fiery Cross, Subi, and Mischief Reefs, as well as landing a military transport aircraft on Fiery Cross Reef.  In  July  2016, an arbitral tribunal constituted under the compulsory dispute settlement procedures in the United Nations Convention on the Law of the Sea (LOSC), issued a ruling in favor of the Philippines with respect to issues involving the interpretation  and  application  of  the  LOSC. Among other things, the tribunal ruled that China’s “nine-dash  line” cannot represent a lawful maritime claim to the extent that any of the claims it reflects would exceed the limits of China’s maritime entitlements under the Convention.  The tribunal did not rule on sovereignty claims to land features, an issue that is outside the scope of the Convention.
China rejected the ruling.
Relations between China and Taiwan cooled in 2016, after Tsai Ing-wen won the Taiwan presidential election in January, bringing the  Democratic Progressive Party  (DPP) back to power for the first time since 2008.  China has stressed that Taiwan must accept the so-called “1992 Consensus,” which holds that China and Taiwan are part of “one China” but allows for different interpretations, for there to be peace and stability in the Taiwan Strait.
China’s leaders remain focused on developing the capabilities to deter or defeat adversary power projection and counter third-party Intervention —including by the United States—during  a  crisis  or  conflict. China’s officially-disclosed  military  budget  grew  at  an average  of  8.5  percent per year in inflation-adjusted terms from 2007  through  2016, and Chinese  leaders  seem  committed  to  increases in  defense spending for the foreseeable future, even as China’s economic growth slows.
China’s military modernization is targeting capabilities with the potential to degrade core U.S.  military-technological  advantages. To support this   modernization, China uses a variety of methods to acquire foreign  military and dual-use technologies, including cyber   theft, targeted foreign direct investment, and exploitation of the access of private Chinese nationals to such technologies.  Several cases emerged in 2016 of China using its intelligence services, and employing other illicit approaches that violate U.S. laws and export controls,  to obtain national security and export-restricted technologies, controlled equipment, and other materials.
As  China’s  global  footprint  and  international interests have grown, its military modernization program has become more focused on    supporting missions beyond China’s periphery, including power projection, sea lane security, counterpiracy, peacekeeping, and   humanitarian assistance/disaster relief (HA/DR). In February 2016, China began construction of a military base in Djibouti that could be complete within the next year. China likely  will  seek to establish additional military bases in countries with which it has longstanding, friendly relationships.
U.S. defense contacts and exchanges support overall U.S. policy and strategy toward China. They are carefully tailored to clarify and develop areas of cooperation where it is in our mutual interest and to manage and reduce risk, including by encouraging China to be  more transparent about its military and security affairs. They are conducted in accordance with the statutory limitations of the National Defense Authorization Act Fiscal Year 2000.
The United States will continue to monitor China’s military modernization, and it will continue to adapt its forces, posture, investments, and operational concepts to ensure the United States retains the ability to defend the homeland, deter aggression, protect our allies and partners, and preserve regional peace, prosperity, and freedom.
For the full report, download the PDF below.