A Time of Uncertainty in US-Taiwan-China Relations

The Grassroots Diplomacy Council and the USC U.S.-China Institute hosted a symposium on the relationships of Taiwan, China, and the United States. 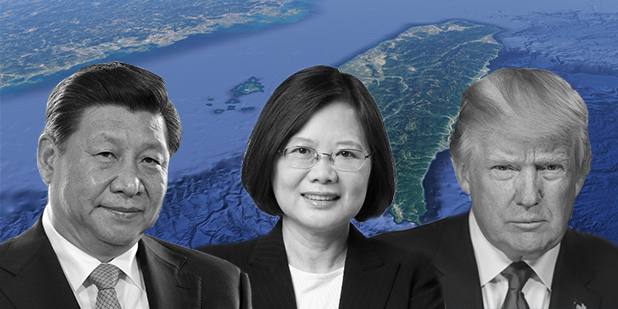 The triangular relationships of Taiwan, China, and the United States are always complex and vital, but perhaps never more so than today. Our societies are more interwoven than ever, but disputes seem more difficult to resolve and tensions in one dimension seem to be spilling over to others. A number of regional specialists addresses topics including diplomacy, security, economics, and cultural exchange.

Huang Kwei-bo 黃奎博, College of International Affairs, National Chengchi University
“Love from the U.S.: How Should Taiwan Understand the Support of the U.S.?

Charles Chen 陳以信 received his PhD in economics on topic of the privatisation in China from SOAS in 2014. Before joining the Centre of Taiwan Studies as a Research Associate, he once worked as Parliamentary aide, Presidential staff, spokesman of the ruling Kuomintang party, and spokesman of Presidential Office in Taiwan. He is also a postdoctoral fellow in Centre for Rising Powers, POLIS, University of Cambridge. His writings of editorials, columns, commentaries and letters are regularly published on Taiwan and foreign newspapers.

Lin Lichan 林麗蟬 is a member of the Taiwan legislature. She is an immigrant from Cambodia, who learned Mandarin and Taiwanese and earned bachelor's and master's degrees. She was the first "new immigrant" to win election to the legislature. She became a strong voice for improving conditions for migrant workers and strengthening education for migrant children.

Derek Grossman is a senior defense analyst at the RAND Corporation focused on a range of national security policy and Indo-Pacific security issues. Grossman has over a decade of experience in the Intelligence Community (IC) and worked at the National Security Agency (NSA) where he pioneered a new assessment format to enhance NSA's intelligence support to policy. He also served at the CIA and on the President's Daily Brief staff. Grossman holds an M.A. from Georgetown University's School of Foreign Service in U.S. national security policy and received his B.A. with Honors from the University of Michigan in political science and Asian Studies.

Thomas Hollihan teaches communication at USC and chairs the U.S.-China Institute executive committee. He specializes in political communication and has been a consultant for politicians, the U.S. Navy, and various businesses and non-profit organizations. His most recent book is The Dispute over the Diaoyu/Senkaku Islands: How Media Narratives Shape Public Opinions and Challenge the Global Order (click here for a book presentation). His earlier books include Uncivil Wars: Political Campaigns in a Media Age.

Huang Kwei-bo 黃奎博 is Vice Dean at College of International Affairs and Associate Professor of Department of Diplomacy, National Chengchi University (NCCU) in Taiwan. He was founding director of NCCU's International Master's Program in International Studies (IMPIS). Between 2009 and 2011, he was chairman of the Research and Planning Committee at Taiwan's Ministry of Foreign Affairs (and spoke at USC). He was a Fulbright visiting scholar at SAIS, Johns Hopkins University (2008) and a visiting fellow at the Brookings Institution's Center for East Asian Policy Studies (2012). He earned an M.A. in political science from the George Washington University and a Ph.D. in international relations from University of Maryland at College Park.

Stanley Rosen teaches political science at USC and for six years served as director of the East Asian Studies Center. Rosen has written on a wide range of subjects, from his early work on the Cultural Revolution to his work on education, film, and soft power. His most recent books are Art, Politics and Commerce in Chinese Cinema (ed. with Y. Zhu) and Chinese Politics: State, Society and the Market (ed. with P. Gries). Rosen is co-editor of the journal Chinese Education and Society.