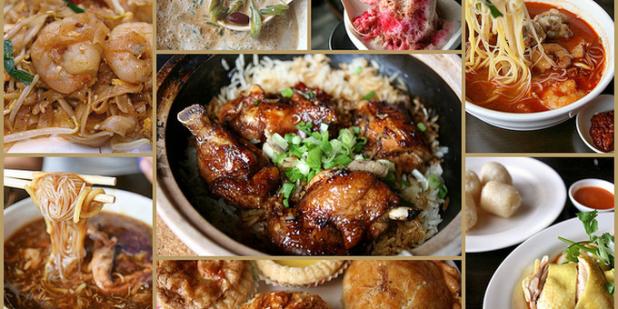 Skip to the events.

Over 330,000 Chinese are studying in the US and on average more than 8,000 Chinese come to the US everyday to study, do business and travel. Many tourist destinations have caught on, beginning with Los Angeles, New York, amusement parks and outlet malls. But the tourists are increasingly visiting a greater variety of places, including national parks. 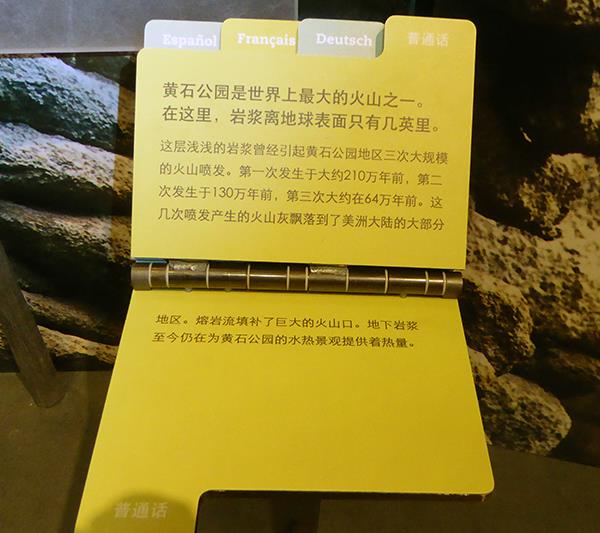 This week, the Idaho Falls newspaper reported that the flow of Yellowstone-bound Chinese tourists had caused one local hotel to hire a Chinese-speaking receptionist and other businesses were printing information in Chinese. The Billings, Montana paper reported that Yellowstone had recruited three Chinese-speaking rangers to offer guided walks, introductions to the park and more. 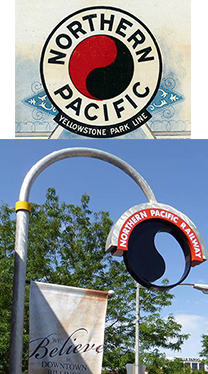 By chance, we tied a Montana business training program into a quick visit to the park just last week, encountering more than a few of the visiting Chinese. Many were students in pairs or families, but others were on package tours.

In some of the park's visitor centers you displays include Chinese translations (though they are inexplicably listed as 普通话 rather than 简体字中文) along with translations in Spanish, Japanese, and other languages. (Click here for general guides in various languages.)

Sadly, we don't know if visiting Chinese are stopping at and asking about the use of the yin-yang symbol at the Billings Depot. The symbol is used because it was the symbol of the Northern Pacific Railroad. Billings is named after Fredrick Billings, who was Northern Pacific's president 1873-1881.

We do know that some of the region's Chinese restaurants, such as Chinatown (in Chinese a different name: 金厨， Golden Kitchen) in Cody, Wyoming (pop. 9,520 in 2010) and Red Lodge, Montana (pop. 2,125) are doing a booming business serving hungry tourists, including many arriving on Chinese tour buses. 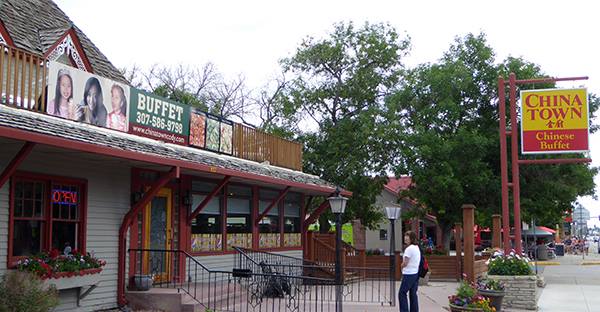 otos you take of Chinese restaurants on your travels (outside of China, Hong Kong/Macau, and Taiwan). Include your name, the location of the restaurant and when you visited. We’ll compile these on our website and will be happy to credit you. Send your photos to uschina@usc.edu.