Shifting priorities for China and Europe

China has extensive and productive ties with many European nations, but the relationship has been worsening in recent years. The war in Ukraine has led to still more unease.
May 5, 2022
Print 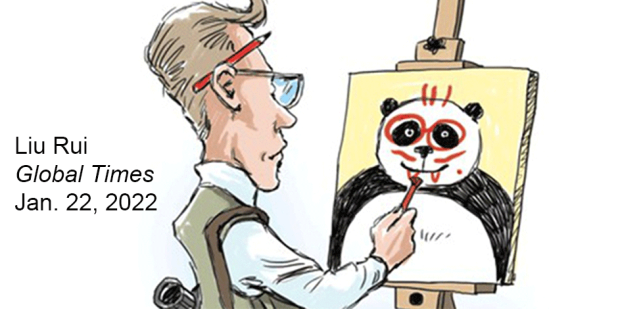 The links between China and many places in Europe go back centuries. They are complex and, as the political cartoons above and below illustrate, they are sometimes contentious. The most recent China-European Union virtual summit a month ago illustrated this. The EU’s foreign affairs chief Josep Borrell described it as a “dialogue of the deaf.” He complained that the Chinese side wanted to “focus on the positive things” and not discuss Ukraine or human rights concerns. Xinhua, China’s official news agency, said that given our “turbulent world,” having “in-depth and candid discussions on major issues” is a positive step. China is especially concerned that, as in the U.S., European governments are adopting a tougher stance towards Chinese economic and security policies and its treatment of its own citizens. Chinese leaders and media have depicted the North Atlantic Treaty Organization and the European Union as tools of the U.S. China wants the EU to “form its own perception of China” and “adopt an independent China policy.” Borrell insists it raises these issues because of its own priorities and values, not to serve U.S. interests. 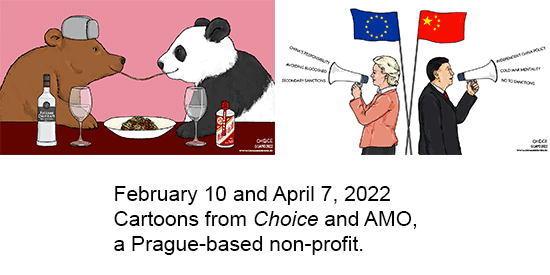 We’ll have more on European- China relations next week, remembering that individual European states have differing approaches towards China. We've earlier noted China-Russia (1 | 2) and China-Ukraine links. Here we highlight the strong economic ties that exist between the two ends of the Eurasian land mass.

You can rollover the map below to see total trade (in € millions) for each included country. A table with imports and exports by country is at the bottom of this article.

Chinese direct investment in Europe and in the U.S. peaked in 2016. Since then, the Chinese government has wanted its state owned firms and private companies to focus on strategic investments, particularly in key technologies. It has also wanted to redirect investment towards states that are part of its Belt and Road Initiative. But Chinese investment in Europe has not declined as dramatically as it has in the U.S. In 2021, Chinese firms (mostly private) invested US$9 billion in Europe. In 2020, Chinese firms invested US$7 billion in the U.S.

For the United Kingdom (and for other English-speaking countries such as the U.S., Canada and Australia), the flow of students from China has been an important source of revenue. Foreign visitor and education services are “exports” for these countries. Thanks to Brexit, in 2021, China surpassed the European Union in students applying to universities in the United Kingdom. The U.K., except for Northern Ireland, increased fees for EU students.

In 2018, Chinese students made up 5% of the total foreign student enrollments in the EU-27.

Data in the above trade map is from this table.