For those who want to gain a better understanding of why the much-anticipated handshake between Chinese president Xi Jinping and Japanese prime minister Shinzo Abe at the Asian-Pacific Economic Cooperation Summit in Beijing in November 2014 was so frosty, James 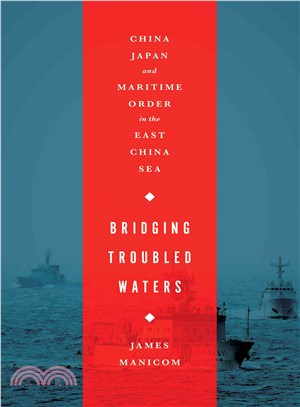 Manicom’s excellent book, Bridging Troubled Waters: China, Japan, and Maritime Order in the East China Sea, provides indispensable reading. For the author not only meticulously traces the evolution of the Sino-Japanese disputes over sovereignty of the Senkaku/Diaoyu Islands and maritime jurisdiction in the East China Sea - issues that have plunged bilateral relations to their lowest point since the end of World War II - he also explores in depth long-standing patterns of cooperation which, if continued into the future, provide some grounds for optimism that Tokyo and Beijing can manage their differences peacefully.

Manicom challenges the view held in some quarters that China and Japan are teetering on the brink of war over a group of windswept islands and their adjacent waters in the East China Sea. There are, he argues, compelling structural conditions which militate against an escalation of tensions into a full-blown conflict: high levels of economic interdependence; the deterrent effect of the U.S.-Japan alliance (which Washington acknowledges covers contingencies over the disputed atolls); constitutional restraints on Japan’s armed forces; and China’s need for a stable neighborhood in which to pursue economic growth. None of these factors prevent tensions from arising, of course, and nor does Manicom downplay the risk of an accidental encounter at sea involving the civilian maritime agencies or navies of the two countries which could escalate into a serious political and military crisis. However, the author’s central thesis is that although periodic tensions do occur, the two countries have established a good track record of managing those tensions, reaching consensus on points of difference, and adjusting their behaviors accordingly. In short, while periods of high tension and confrontation between China and Japan tend to grab the headlines, Sino-Japanese cooperation in the East China Sea has been durable and has not received the credit it deserves.

In chapter 2 Manicom charts the development of the disputes in the East China Sea and how the perceived value of the contested atolls and maritime space have changed over time. Initially the focus of the dispute was on sovereignty of the Senkaku/Diaoyu Islands, but over time it became enlarged to include issues of maritime jurisdiction. From the outset these issues have been manipulated by nationalist forces in both countries to further their own agendas, such that they “have begun to view the East China Sea itself with the same symbolic attachment as they do the disputed Senkaku/Diaoyu Islands” (p. 54). The author goes on to describe how, from the 1970s until 2010, Japan and China were able to maintain a consensus in the East China Sea based on two central elements: Chinese paramount leader Deng Xiaoping’s modus vivendi that the sovereignty dispute should be shelved for future generations to resolve; and an informal agreement by both sides in 1996 that the provocative actions of nationalist groups should not be allowed to inflame the dispute.

This consensus allowed China and Japan to attempt cooperation in several functional areas during the 1990s and 2000s. In what is the core of the book, the author describes and assesses the success of three main cooperative endeavors: a fisheries agreement that was signed in 1997 and which came into effect in 2000 (chapter 3); a 2001 agreement to notify each other of maritime surveys in disputed waters (chapter 4); and resource development in the East China Sea, principally an agreement providing for joint development in the Chunxiao gas field in 2008 (chapter 5). According to Manicom, cooperation is easier to achieve when the two sides have shared interests over economic issues, whereas cooperation becomes much harder on matters involving strategic issues. Thus the 1997 fisheries agreement has proved to be a durable success, the Chunxiao agreement has been less successful, and the 2001 notification agreement is an abject failure.

As Manicom describes, the Sino-Japanese consensus over the East China Sea began to break down in the late 2000s due mainly to an action-reaction dynamic in which Japan moved to strengthen its territorial and jurisdictional claims over the Senkaku/Diaoyu Islands - culminating in the “nationalization” of three of the atolls in 2012 which sent bilateral relations into a tailspin - in response to the rise of China’s maritime power. Japan’s response to China’s maritime expansion has been to reform its ocean policy, centralize its maritime bureaucracy, adopt a more proactive defense posture (which includes strengthening the U.S.-Japan security alliance), and, after the book was published, reinterpreting parts of the Constitution. Meanwhile China’s more assertive policy at sea has been motivated by geopolitical concerns that it is being “hemmed in” by other maritime powers and that it must utilize naval power to “break through the encirclement” (p. 177), a desire to exploit energy and fishery resources which it believes rightfully belong to it, and nationalist sentiment. On this latter point Manicom argues that China’s leaders have felt compelled to respond robustly to actions undertaken by Japan so as to avoid accusations of weakness by Chinese nationalists and bolster its legitimacy, thus leaving Beijing with “little room for compromise” (p. 178). Worryingly, he goes on, taking a hard line against “the other” has become popular with the citizens of both countries and this provides Beijing and Tokyo with rising disincentives to pursue cooperation.

While the Xi-Abe meeting mentioned at the beginning of this review so obviously lacked bonhomie, the two countries were able to issue a statement which, despite being interpreted differently by each side, allowed Tokyo and Beijing to declare a diplomatic victory and which paves the way for a resumption of talks after a two-year hiatus. What the outcome of those talks will be remains to be seen, but the Xi-Abe encounter does conform to Manicom’s argument that the Sino-Japanese dispute in the East China Sea has consistently followed a pattern of confrontation followed by cooperation, even if that cooperation has often proved to be fragile and short-lived. While the author’s thesis might strike some readers as overly optimistic, his book convincingly demonstrates that despite the brinkmanship shown by both sides, China and Japan have repeatedly defused crises and averted escalation, thereby showing that they are “capable of coexisting in the narrow confines of maritime East Asia” (p. 190). For the sake of regional peace and stability, one can only hope that this pattern of behavior proves to be enduring.