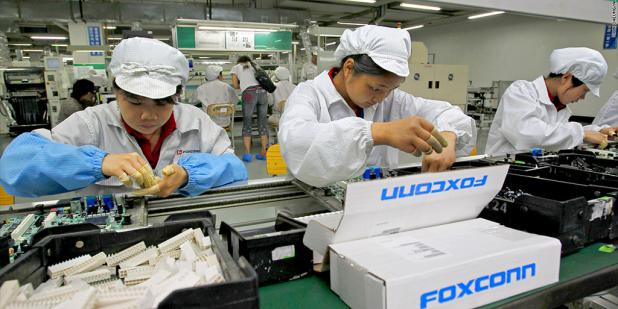 While intertwined, China and Taiwan have distinct histories and political systems. People on the two sides of the Taiwan strait write the character for country differently and often have different ideas about whether Taiwan is a country. Nonetheless, they have multithreaded ties, including economic ones. Closer to each other than Cuba is to Florida, in 2020 the two sides exchanged US$216 billion in goods according to Beijing and $149 billion according to Taipei. Both sides show Taiwan exporting more to China than it receives.

More important than trade, Taiwanese firms have been major investors and employers in China for decades. Foxconn is the best known of these companies. It is famous for assembling iPhones and many other products. With 1.3 million employees, it is the largest private employer in China and one of the largest worldwide. Foxconn’s factories in China and elsewhere generated US$193 billion in revenue in 2019. Assembling electronic products is not as lucrative as designing them or producing key components, but Foxconn and its employees have benefited. Thousands of Taiwanese firms have provided employment for many, some of whom send money back to relatives in distant villages. 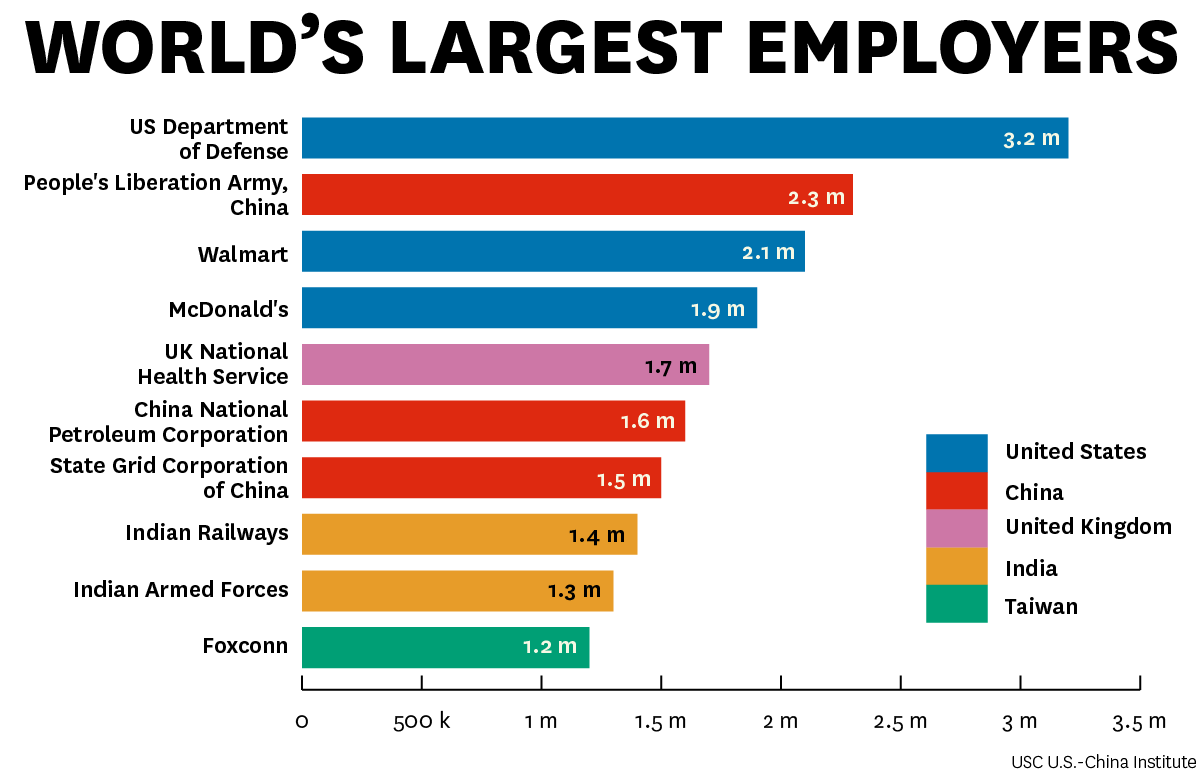 In addition to investment and jobs, Taiwanese firms have also provided links to global customers and technology. The world’s largest contract computer chip maker, Taiwan Semiconductor Manufacturing Company (TSMC) is trying to keep its engineers from jumping to Chinese companies (and Taiwan’s Ministry of Labor banned staffing companies in Taiwan from advertising such jobs), but it is also planning to build a US$2.8 billion plant in Nanjing to make chips needed by automakers. (Click here for an earlier newsletter on the centrality of semiconductors.)

Many Taiwanese have found economic opportunity in China. Some estimate that 1.2 million Taiwanese live and work in China. Outside the tech sector, wages have stagnated in Taiwan and the pre-pandemic unemployment rate among young people is 12%, three times the national rate. 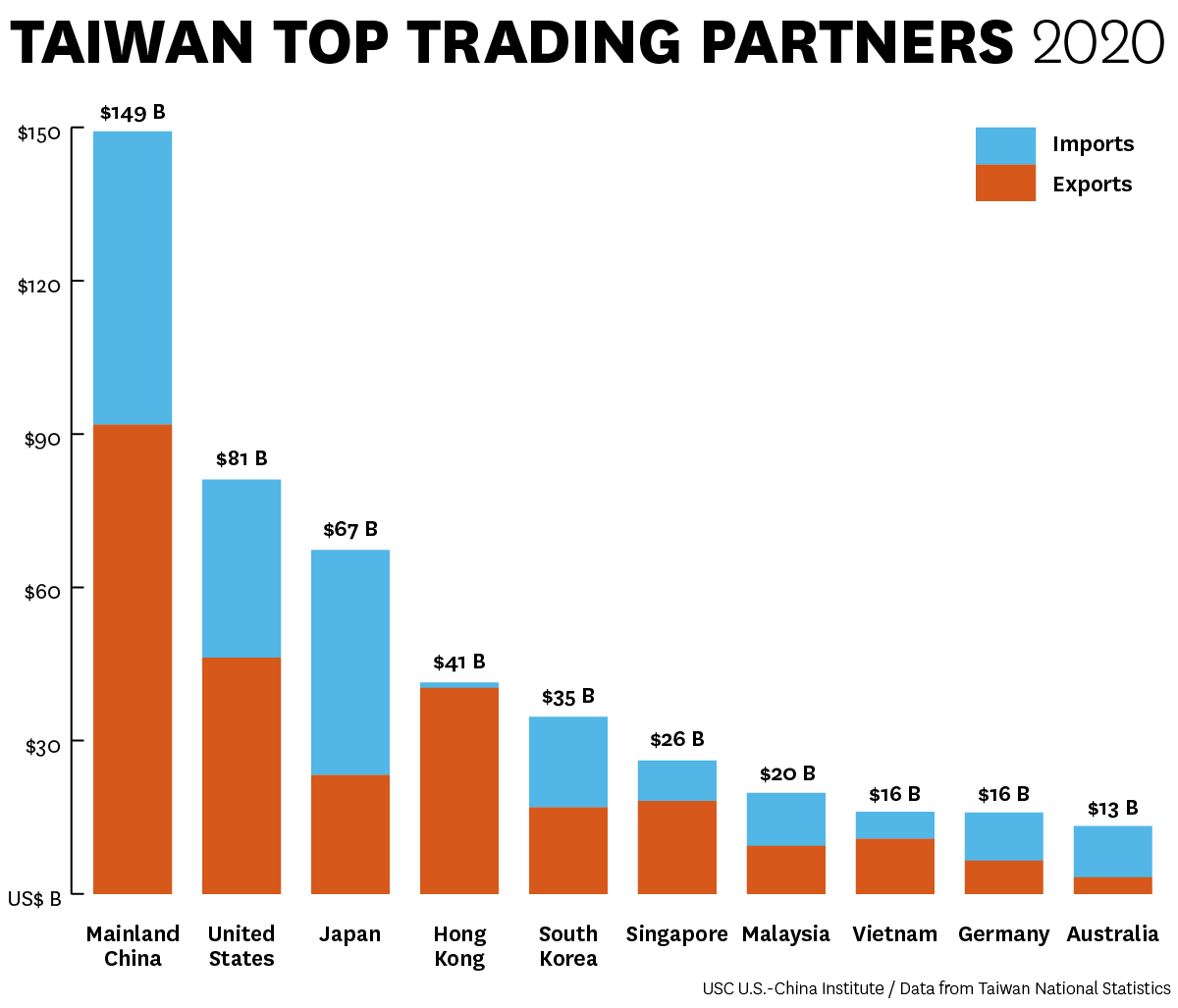 An estimated 12,000 Taiwanese were studying in China’s colleges in 2019, while some 25,049 students from China were enrolled in Taiwanese schools. This represents a significant drop from the 42,000 students from mainland China studying there in the last years of the Ma Ying-jeou administration. Tourism from China has also declined from about 4 million visitors in 2015 to 3 million in 2019.

Shelley Rigger is one of America’s foremost scholars on Taiwan and its relationship with mainland China. Her newest book focuses on how Taiwanese entrepreneurs and firms helped drive China’s advance. Please join us later today when she discusses The Tiger Leading the Dragon.