A talk by Shelley Riggers discussing her book about Taiwan's importance. 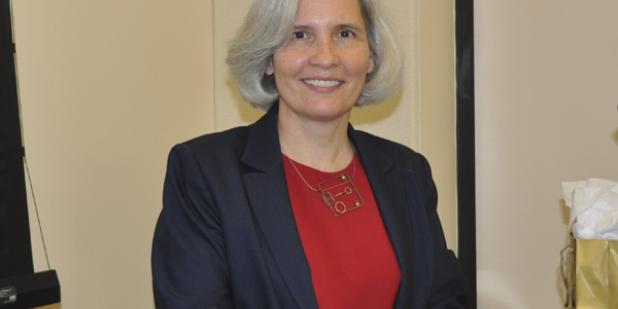 Davidson College’s Shelley Rigger is one of America’s top specialists on Taiwan and on Taiwan’s evolving relations with China and with the United States. On September 27, 2011, Prof. Rigger spoke at the USC U.S.-China Institute on her new book Why Taiwan Matters: Small Island, Global Powerhouse (Rowman & Littlefield, 2011). Rigger explains how Taiwan exercises a role in the world far greater than its tiny size would indicate. The work highlights and political breakthroughs so impressive they have been called "miracles." Rigger links these accomplishments to Taiwan's determined society, vibrant culture, and unique history. Drawing on arts, economics, politics, and international relations, Rigger explores Taiwan's importance to China, the United States, and the world. Considering where Taiwan may be headed in its wary standoff with China, she traces how the focus of Taiwan's domestic politics has shifted to a Taiwan-centered strategy.

Shelley Rigger is Brown Professor of Political Science at Davidson College in North Carolina. She’s taught there since 1993. Rigger is a graduate of Princeton and Harvard. She’s the author of Politics in Taiwan: Voting for Democracy (1999) and From Opposition to Power: Taiwan's Democratic Progressive Party (2001), as well as monographs such as Taiwan’s Rising Rationalism: Generations, Politics and ‘Taiwanese Nationalism (2006) and many articles.