The PRC government opposed release of the UN assessment of human rights in China. The UN concluded that China's detention system of Uyghurs and others was fundamentally unjust and that allegations of abuses against detainees were credible. China's extensive response to the report argues that the government's actions protected social stability and that human rights for all in Xinjiang had improved. Both reports are available here.
August 31, 2022
Print 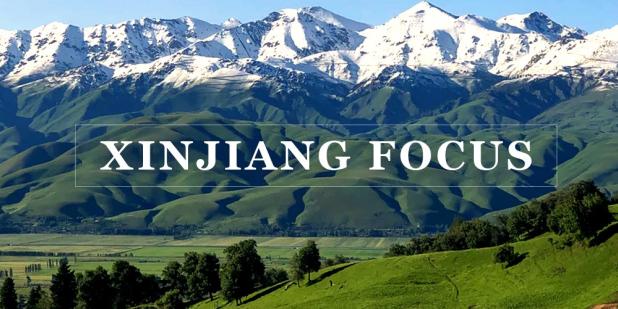 The above image is the banner for China's State Council Information Office page on Xinjiang.

On September 1, 2022, the report came up in the Ministry of Foreign Affairs' press conference. Spokesperson Wang Wenbin said,

"Of all people, the people in Xinjiang, whatever their ethnic backgrounds, are in the best position to tell the world what the human rights conditions are like in Xinjiang. In recent years, Xinjiang has enjoyed sustained economic growth, social harmony and stability, better living standards, cultures thriving like never before, freedom of religious beliefs and religious harmony. In Xinjiang, people from ethnic minorities, religious figures, workers, and those who graduated from the vocational and education training centers, among others, have voluntarily written to the High Commissioner for Human Rights about their own experience to present the real Xinjiang. International friends who have been to Xinjiang said what they saw with their own eyes in Xinjiang is completely different from what has been reported by Western media or portrayed by anti-China forces. More than 60 countries who care about truth and justice have sent a co-signed letter to the High Commissioner to express their opposition to the release of this untrue assessment. Nearly 1,000 non-governmental organizations from across the world and people from various walks of life in Xinjiang have written to the High Commissioner to express their opposition. In recent years, nearly 100 countries, including Muslim countries, have spoken up at the Human Rights Council, the Third Committee of the UN General Assembly and on other public occasions to support China’s legitimate position on issues including Xinjiang and oppose interference in China's internal affairs in the name of so-called Xinjiang-related issues. They are the mainstream of the international community. The US and some Western forces seek to destabilize Xinjiang and use it to contain China. This unjust, pernicious political agenda will not have people’s support and will only end in failure."