A food safety factory shutdown has Americans hunting for baby formula. Readying themselves for a covid-19 lockdown, Chinese in Beijing emptied store shelves. Emerging from lockdown, some in Shanghai are visiting well-provisioned markets. U.S.-China agricultural trade is booming, but many are still being left hungry. Food security, sustainability and safety remain issues.
May 20, 2022
Print 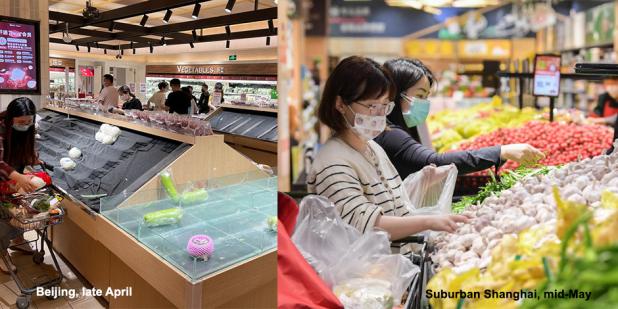 Covid-19 lockdowns in China have complicated food distribution. U.S. shoppers are suffering sticker shock at the grocery store. Food insecurity is a problem in both countries. China’s official statistics report that undernourishment fell from 11% in 2001 to 2.5% in 2011. The government has reported the same figure every year since then. The U.S. Department of Agriculture reports that 11% of households experienced food insecurity at some point in 2019-2020, including 4% which faced the greatest challenges. Undernutrition is a threat for all, but especially for young children, where it can seriously stunt their mental and physical development.

The persistence of hunger and malnutrition in the world’s two largest economies is sad and avoidable. Both countries produce huge quantities of food and are rich enough to import whatever they need. There are many places where this isn’t true. Hundreds of millions of people routinely suffer from hunger. Drought, war, and the covid-19 pandemic are exacerbating this tragedy.

This week we look at food and trade, with particular focus on China and the U.S.

Food security has always worried China’s leaders. Every year, the first document officially issued by China’s government focuses on agriculture. In recent years, leaders promoted frugality and condemned food waste. The 2019 government white paper on food security stressed “ensuring basic self-sufficiency of grain” and strict preservation of farmland. It highlighted increases in grain productivity and strengthening distribution. Just as the Made in China 2025 plan aimed to reduce China’s dependence on imported technologies, China sees vulnerability in relying on others for food and wants to minimize it.

But relying on domestic producers doesn’t always yield security or lower prices. That was clear when African Swine Fever took half of China’s hog herd, but it’s true on a daily basis as well. Food in China often costs more than elsewhere compared to incomes. Chinese households devote a much larger share of their incomes (28% in 2019) than do American ones (13%). This disparity reflects not only the great emphasis on food in Chinese culture, but also the incredible productivity of American agriculture and how restricting food imports likely costs Chinese consumers. 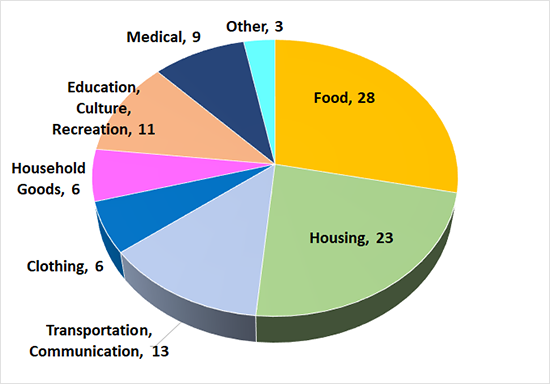 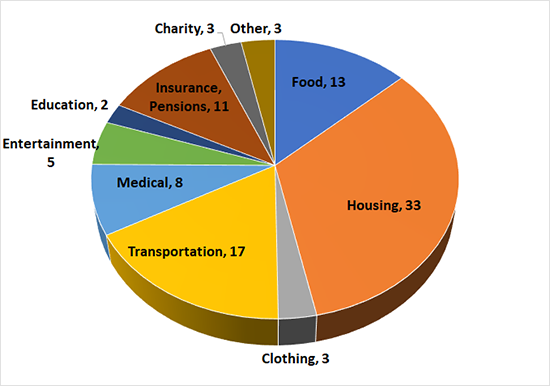 China is trying to feed 20% of the world's population, with 10% (and declining) of the world's arable land and 6% of the world's freshwater. It makes heavy use of fertilizers and pesticides. It is seeking to make its agriculture more environmentally sustainable, but its fishing fleet is gathering protein in every corner of the world, which has led to charges of overfishing and conflicts with other countries. To meet its needs, to help preserve resources and maintain peace, it will need to improve production at home, reduce spoilage, strengthen trade relationships and forge and adhere to agreements on maintaining fisheries.

The U.S. is an agricultural superpower, but many criticize American practices for depleting the land and contributing to climate change. A tiny share of the U.S. population manages to meet much domestic demand and to provide for others as well. The U.S. exports about a fifth of its total agricultural production, with about a fifth of that, $33 billion, going to China. It has often pushed countries and regions to open their markets to the products of U.S. farms and ranches. Overall, China is America’s third largest market for wheat (after Mexico and the Philippines). It is the top market for American soybean and corn farmers.

China's policymakers want the country to be self-sufficient in grain, but shrinking farmland, soil pollution, and rising living standards makes that unlikely. So China's importing grain. We've already highlighted imports from the U.S. (the source of 26% of China's grain imports), but a fifth of China's imported grain came from Ukraine in 2020. Russia's invasion has cut off access to that supplier. On Feb. 24, China approved a new deal with Russia to increase imports of wheat. It may also turn to Russia for the sunflower oil it used to buy from Ukraine.

As part of its entry into the World Trade Organization in 2001, China was allocated a wheat import quota. For two decades, China imported less than half of what it was expected to buy. In 2019, the U.S. appealed to the World Trade Organization to investigate China’s grain import system. The WTO investigation found that China’s system wasn’t transparent or fair to the private Chinese firms that sought permission to import grain. In 2020, China revised its procedures and applications to import rose. At the same time, corn in China became more expensive than wheat and wheat is being substituted in animal feed. For the first time, China’s wheat imports now meet its quota.

China's own rice exports are minimal, but have increased a lot over the past decade, bringing in about $900 million each of the last three years. The largest of China's rice export markets are Egypt, South Korea, Sierra Leone, Cameroon, Papua New Guinea and Niger.