Dozens of meat-packing plants halted operations due to COVID-19, which could lead to 30% less meat in supermarkets and 20% higher prices for U.S. consumers. At the same time, pork exports to China have more than quadrupled to over 17,000 tons of week. 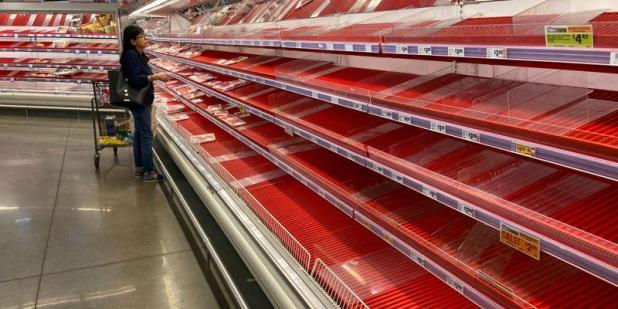 While it's no secret that Americans love bacon, it's actually the Chinese who consume half of the world's pigs. The average Chinese eats 88 lbs (40 kg) of pork a year while Americans eat just 52 lbs (24 kg). But outbreaks of African swine flu over the past two years have decimated China's herds, which has driven the price for pork up 270% since 2018. Pork now sells for five times more in China than in the U.S.

At the outset of the trade war in spring 2018, China imposed a 25% tariff on U.S. pork, but suspended it in September 2019 in response to the Trump administration delaying new tariffs and to address its own pork demand. American exports to China surged in response, up 272% in December 2019 from pre-trade war levels. While the trade agreement signed in January promised to further boost agricultural imports from the U.S., China’s economic challenges might make it difficult for them to meet those terms. Separately, even President Trump, who lauded the deal, is now raising doubts about maintaining it.

Mounting infections and deaths of meatpacking workers from COVID-19 have forced dozens of meat-packing plants to halt operations. The disruptions could lead to 30% less meat in supermarkets and 20% higher prices for U.S. consumers—even as exports to China have more than quadrupled to over 17,000 tons of pork a week because of the high prices there.

Faced with a potential domestic meat shortage, Trump issued an executive order mandating plants stay open despite the danger to workers, which has come under fire from unions and labor advocates to “put worker safety first.” Smithfield Foods, which is owned by the Chinese firm WH Group, is retooling one of its U.S. plants to make more meat for American consumers. JBS, another major pork processor, is reducing exports to meet U.S. demand.

The pork industry will have to balance drawing the ire of hungry Americans, who already prefer chicken and beef, against making greater profits in the Chinese market.