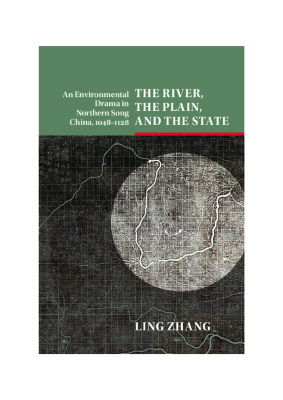 Given the salience of large dam projects and river engineering across Asia today, stretching from the Yangtze and Mekong to South Asia and beyond, this is a timely and deeply insightful work. Contrary to what is commonplace logic, the control of river water flows with dykes and embankments not only was well known in Song China but also played an indirect and critical role in an environmental drama for over eight decades commencing in July 1048. Drawing on a formidable range of sources, Ling Zhang weaves together a tapestry of state action, river water flows, and societal crises that makes one rethink much more than the period of Chinese history she has studied. This is a rare work where the epic scale is enriched throughout by attention to lost and forgotten voices. Hebei Province, where waters broke loose and played havoc, is central to the work, but it is looked at in a way that "the stories of those _who lost in the game of history_ were the hidden companion of growth. Dead bodies, hungry refugees, salinized earth, disappeared streams and vanished trees," she writes in lucid, often charged but meticulous prose, "had participated in the making of history long before we were willing to address their existence"
(pp. 283-84, emphasis added).

The breaching of the banks was a catastrophe for those in the river's path: Hebei had no direct association with the Yellow River for centuries but was to be intimately tied in with its tribulations for eighty years. At the end of this period, the river abruptly changed course never to flow this way again. The day it changed course was catastrophic for many. Contemporaries who witnessed the catastrophe recalled people "turning into food for fish and turtles" or journeys a thousand li long (Zhang estimates it was five hundred kilometers) with "roads full of corpses of dead men" (pp. 2-3). As many as eight out of ten households had to relocate to save their lives and take only the few belongings they could carry. The land was to a large extent rendered desolate, with raging waters and large patches of sand deposited on once fertile fields. This deep environmental and human tragedy had a date, time, and place in an episodic sense.

And it had deep roots; it is here that Zhang expertly brings disparate elements of high politics of state making and the technologies of river control together with the sociocultural milieu of the times. The Song era has long been a subject of scholarly inquiry. In the period 1048-1128, it saw a close connection between the Yellow River and Hebei in a manner that the latter paid the heavier price. The argument here is simple in insight though multilayered in terms of the story. The Yellow River was controlled via state-built dykes. From the mid-tenth century onward there was a clear regional bias; the attempt was to secure Henan, the core zone of the northern Song state, and to push the river waters toward Hebei to the North. There were indeed floods in both the South and North, but over time their intensity on the latter front only increased. This pushing to the North was not mere oversight but arose from an overlap of strategic logic and political power play where the river was to be both object and actor. This study is a corrective to any simple reading of the Song period as an era of economic growth by perceptively bringing the changing ecology into the trope of state-society-economy relations.

The first Song emperor, Taizu, secured Henan and stabilized the state, integrating Hebei as a peripheral region. The fear of nomadic invasion led to investment in ponds to slow down enemy advances. The advancement of the state was seen as vital to stabilize society. "Given all this, the emperor called for Hebei's sacrifice and justified the river's harm to Hebei" as early as 972 (p. 120). Prior awareness and legitimation only makes sense if we tie in the shift of the huge socio-ecological costs onto one region and its peoples to benefit another, albeit indirectly.

The deep environmental crisis was an outgrowth of such policies and more important was driven by state intervention for decades. Whereas the shift of the river in the early years of the northern Song was important, the debates toward the mid-eleventh century were even more significant. There was active debate on whether further strong intervention was needed or alternately whether conservative wait-and-watch policies were more apt. The senior Song official Wang Anshi argued in favor of a strong, active, intrusive state to deliver care. Zhang takes care to show that these policies when implemented did more harm than good.

Not all of the adverse effects were intentional but they often flowed from the logic of intervention. Remaking the river entailed engineering works, and though the technological details are often not easy to trace even for so masterly an archivist, human and material costs left traces in records. Tree felling, labor levies, and high taxes imposed huge costs on the lived landscape as much as on the mountain forests. In some cases, as in the denudation of forests in the upper reaches of Sichuan and Shanxi, which increased siltation, the indirect linkages were not grasped by contemporaries. Not so the levies and immense costs of military deployments.

The concept of China as a hydraulic state long propagated by the historian Karl Wittfogel is here laid bare but is anything but benign. The vast apparatus that sucked in capital, labor, and raw materials did not tame the river but made the costs of suffering even more uneven. In turn, far from calamity being an act of divine origin, many specific hydraulic projects had impacts far more adverse than any one at the time had reckoned possible. In this remaking of the landscape and environments, there is more than a cautionary tale.

The remarkable feature of this detailed narrative is its contemporaries. "Can we break the cycle of hydraulic mode of consumption" and do what the Song state could not, namely, to come to terms with environmental constraints (p. 289)? At the center is the vagaries of a polity whose immense ability to reorder people's lives and remake the landscape sought stability at the cost of human suffering. Most crucially, the very prosperity and stability of the core zone of power hinged on the unmaking of the periphery not only in economic but also in ecological terms.

Zhang's work comes at a time of excellent historical work on other Asian rivers, such as the Indus (_Blood and Water: The Indus River Basin in Modern History_ by David Gilmartin [2016]), the Mekong (_Quagmire: Nation-Building and Nature in the Mekong Delta_ by David Biggs [2010]), the Ganga as water machine (_Ganges Water Machine: Designing New India's Ancient River_ by Antony Acciavatti [2015]), and the Brahmaputra by Arupjyoti Saikia (forthcoming 2019). But these studies, far more familiar to me, focus on the last two centuries, and the more distant past where it does occur is often as backdrop.

Zhang's own reference points are to Chinese works, yet there is deep prescience in one respect. State making even a millennium ago was as much about the mastery of turbulent elements of a natural environment: floods and drought, locust plagues, and earthquakes, but these cannot be viewed in isolation from policies or projects of those in power whose action could exacerbate ecological degradation, add to human misery, and do so via highly intrusive measures.

The Yellow River is a key factor in this environmental drama, and there is little doubt that as with the Indus, Brahmaputra, or Mekong, its pasts and futures hold mysteries humans can barely master. One wishes for more explicit comparisons with other societies and the Song dynasty's time and ours. If modernity has longer, older roots, do we rethink the environmental bounds of our own age? These may well be the subject for another work. The interweaving of these three themes--state making, river engineering, and the socio-ecological, economic world--are here in the hands of a rare scholar whose lucidity matches insight.