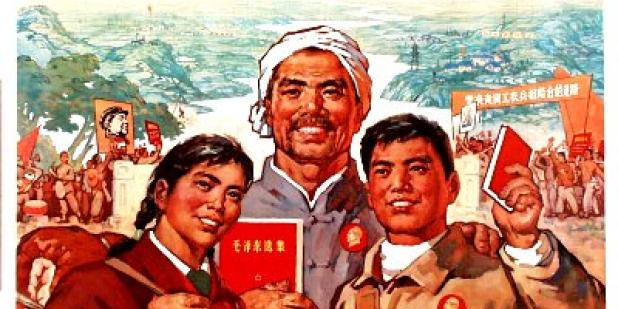 ON AN AVERAGE DAY IN CHINA 27 recent university grads are selected to be sent to work strengthening China’s poorer western provinces. 60,000 applied for the 10,000 slots in the 2007 “Go West” volunteer program.

’s Communist Youth League initiated the program five years ago. It is intended to bring much needed technical expertise from the fast rising coastal provinces to the much less developed west. In 2002, per capita GDP in western areas such as and Xinjiang was about half what it was in eastern areas such as and . Western areas lag even farther behind ’s richest cities such as , averaging only a fourth of their per capita GDP. The relative dearth of well-trained teachers, engineers, physicians, and other professionals is the west is one cause (and result) of this disparity. In 2003, ’s far west had 5.7 college graduates per 100 people, compared to 8.6 per 100 in coastal provinces.

Sending idealistic and educated young people to poor areas is not new strategy in . Early in the post-1949 some educated young people responded to the “Party’s call” to aid in building up poorer areas. During the Cultural Revolution (1966-1976) urban educated youth (zhishi qingnian, 知识青年 -- usually high school graduates, sometimes from towns with just 10,000 residents) this effort was greatly accelerated. Some of those moving into rural areas have written of their experiences and others have had their stories told in books such as . ’s Thomas Bernstein estimated in 1977 that 14 million young people (perhaps 10% of the total urban population) had been dispatched to the countryside. Many stayed in the countryside for years, unable to return to their urban homes, even after the Cultural Revolution ended. Bernstein noted that shipping off recent high school graduates eased the pressure on urban officials to find them jobs.

Unlike those Maoist era educated youth, today’s volunteers sign up for just a year or two. And, should the challenges of life in the west prove too much, one can opt out.

In the , the Volunteers in Service to America (VISTA) program was created in 1964 as part of the Johnson Administration’s “war on poverty.” Over the next three decades more than 120,000 volunteers (of various ages and backgrounds, but primarily younger people) worked in both urban and rural areas. Other service programs followed, including Senior Corps, AmeriCorps, Learn and Serve , and, in 2002, USA Freedom Corps.

Thomas P. Bernstein, Up to the Mountains and Down to the Villages: The Transfer of Youth from Urban to Rural , : Press, 1977.

Barbara Bils, “What Determines Regional Inequality in ? – A Survey of the Literature and Official Data,” : Bank of , Institute for Economies in Transition, 2005.

Other articles on study abroad: