What China’s Belt And Road Initiative Means For Cambodia

In a US-dominated age, China seeks to return to its former glory by reviving the interconnectedness and vitality of the Silk Road through the Belt and Road Initiative. 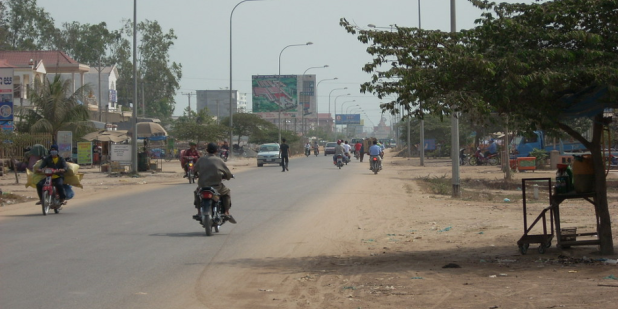 Two thousand years ago, the Silk Road fostered vibrant exchanges of goods, ideas and culture in a form of cross-cultural interconnectedness that had never been seen before. The Silk Road was a 4000-mile stretch of economic prosperity and multiculturalism, bringing together Romans and Chinese and Persians and many more. At the crux of it all were Chinese merchants: they first initiated the Silk Road and were the sole producers of silk, which catalyzed this breadth of trade with its high demand.

Nowadays, global trade looks a little different. China, while inarguably a major player, no longer wields the political or economic superpower position they once boasted. In a US-dominated age, China seeks to return to its former glory by reviving the interconnectedness and vitality of the Silk Road through the Belt and Road Initiative.

Starting in 2013, China started the Belt and Road Initiative (BRI), an international development strategy with ambitions to integrate Asia’s, Europe’s and Africa’s economies and establish China at the center of this connection. Its governments envisions the creation of roads, bridges, railways, ports, airports, energy pipelines and other forms of physical infrastructure around the world, building a vast network to boost economic interdependence and international cooperation. At the opening ceremony of the Belt and Road Forum for International Cooperation, President Xi Jinping hailed the BRI as a means to deepen policy, infrastructure, trade, financial and people-to-people connectivity.

Over 60 countries have participated in the Belt and Road Initiative. China has invested approximately $127.7 billion into the BRI since its inception in 2013. This is the biggest infrastructure development plan in history.

However, the BRI has also been met with a variety of contrasting views. The US regards the BRI with slight concern, believing there are underlying motivations behind these investments. On the other hand, many unstable, underdeveloped nations have embraced the BRI with open arms. They struggle to attract foreign investment or develop the physical infrastructure needed to rise up in the global economy.

Cambodia is a prime example: as Cambodia seeks to rise out of an agrarian-based society and toward an innovation and skill based-economy, The BRI presents monumental opportunities and the financial capacity to evolve Cambodia into a middle-to high-income country by promoting a skill-driven economy and manufacturing high quality goods. 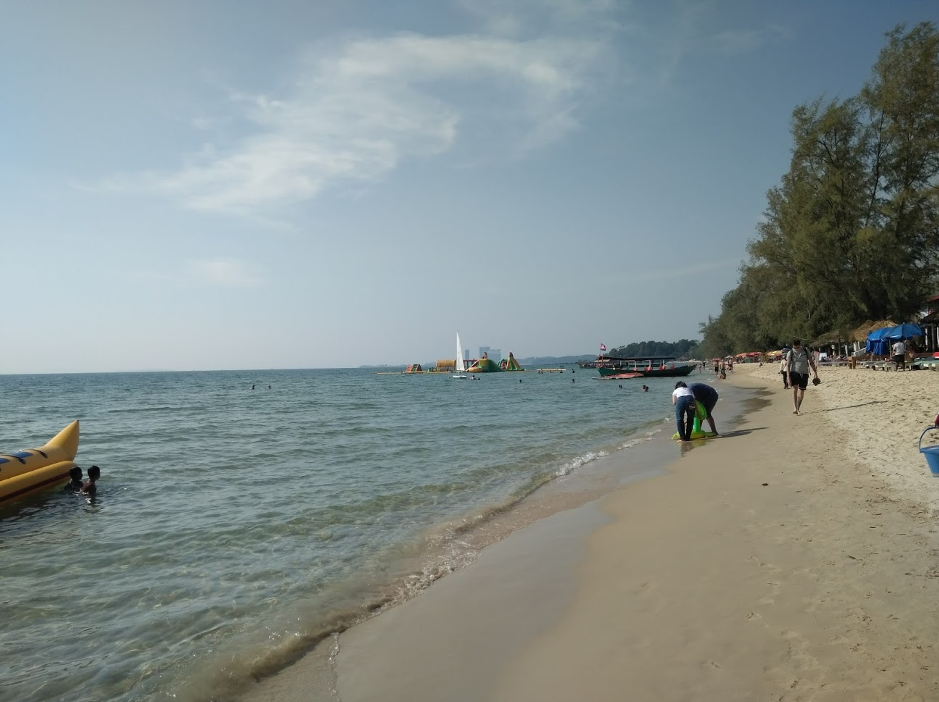 Already, massive economic impacts are taking root. In 2015, Cambodia declared lower-middle income status, but has now become one of the fastest growing economies in the world. Cambodians have already begun to reap the rewards of new infrastructure projects, such as the first public transportation system and construction of new roads.

Western scholars believe the BRI is a farce for China to expand their spheres of influence toward a Sino-centric union. Cambodia has amassed $4.2 billion of debt to China: they must be cautious to not fall to the same fate as Sri Lanka, whose insurmountable debt to China forced them to relinquish state property as equity.

Cambodia also risks China eclipsing their foreign policy autonomy, with the Cambodian government becomes a puppet state. US officials and foreign policy experts suspect the construction of Chinese airstrips and naval installations are for the Chinese military. Additionally, Cambodia has already begun showing support for Chinese interests through the prohibition of Taiwan’s flag in Cambodia and the South China Sea issue. Sophal Ear, associate professor of diplomacy and world affairs at Occidental College, said the relationship between China and Cambodia is “marriage made in heaven for autocrats… the win-win is really between China and Cambodia’s elites. Infrastructure is a smoke screen for a money delivery mechanism for the elites.”

The BRI’s impacts have already begun to reverberate across the nation in facets of local life. Nowhere is this more evident than in Sihanoukville, a coastal city on the southern tip of Cambodia.

Once a quaint beach town, Chinese money has transformed Sihanoukville into a hub for gamblers. Local businesses that have been around for generations were suddenly bought out or driven out of business. Their establishments were turned into casinos, skyscrapers, hotels and Chinese restaurants. In less than five years, the proportion of Chinese people in Sihanoukville has skyrocketed to 20 percent of the population. China envisions Sihanoukville to be the new Macau, despite gambling technically being banned in the country. 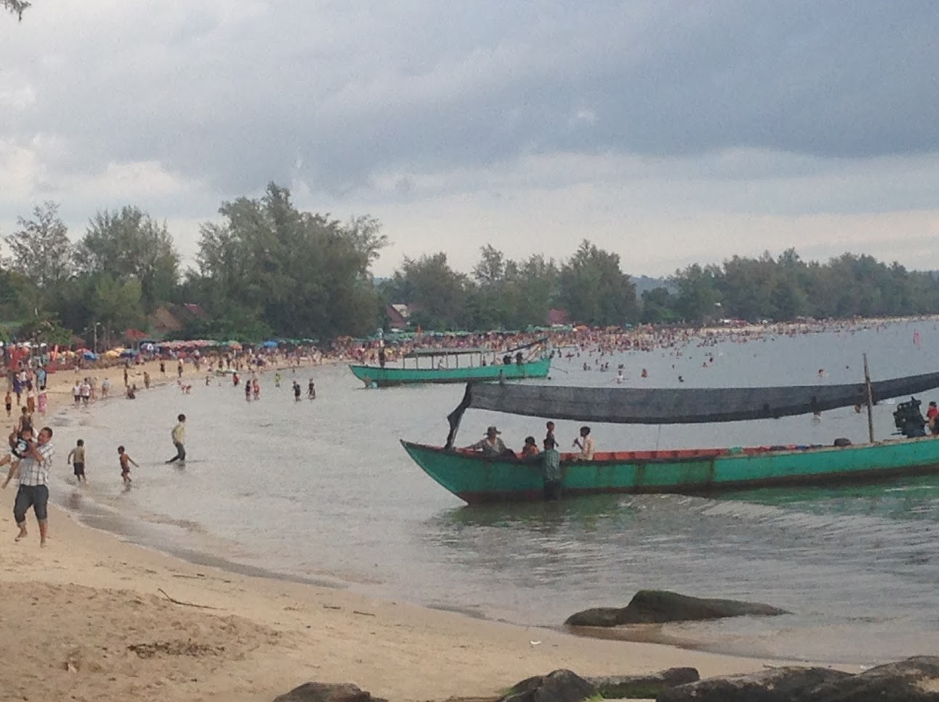 This rapid transformation has shocked and disappointed many locals. I myself lived in Cambodia from 2011 to 2018. My family and I would go to Sihanoukville several times a year as a relaxing getaway. We would look forward to eating at the local gems that had existed for generations. Every year we went, the town changed. At the peak of development, I remember going to Sihanoukville for a school trip after just being there less than six months ago and witnessing a nearly unrecognizable place in its stead. There were towering skyscrapers casting bright lights. There was Chinese writing on all the signs. The local restaurants were shut down, replaced by Chinese restaurants. The beachfront, once lined with Moon Shacks and barbeque joints, were all demolished. The demographics were wildly different as well: European tourists were replaced by Chinese tourists. Even for our senior trip, we struggled to find a hotel to stay for our senior trip that wasn’t a casino. We reminisced bittersweetly about how the Sihanoukville we knew now only existed in our memories.

My story echoes others in the community, especially those who live and work in Sihanoukville. Thousands of local people have been displaced by forced eviction or price surges, causing a growing animosity toward China. Cambodia runs the risk of being overrun, further disabling and leading to dissent and resentment within the people.

Another fundamental issue is inequity in gain. There are growing concerns this newfound economic growth is being locked into a closed loop in which money flows back to China. Cambodia lacks a skilled labor force after the Khmer Rouge purged intellectuals and high-skilled workers from 1975-1979. Consequently, Cambodian workers run the risk of being exploited by Chinese businesses, negating the possibility of self-sustainable economic growth. 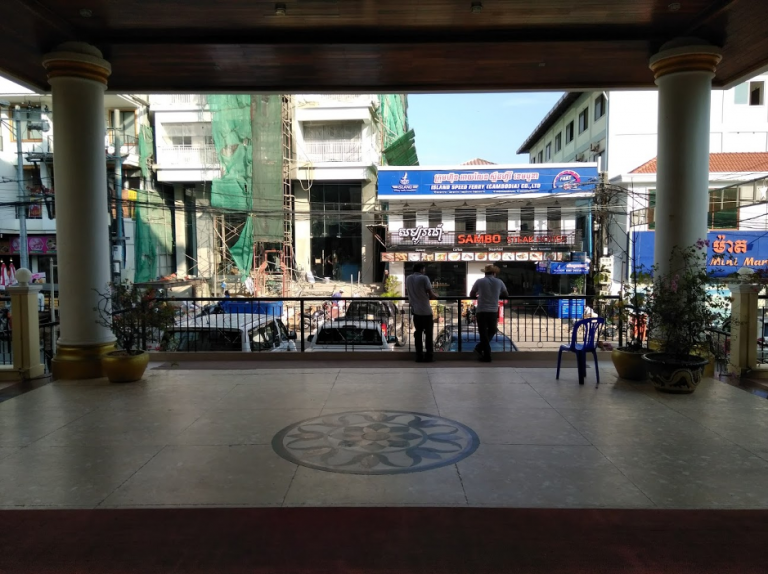 According to Carlyle Thayer, emeritus professor of politics at the University of New South Wales, “China gets the main benefits, and Cambodians are at the bottom of this scale. They’re being marginalized. They’re getting an income; they’re surviving; they got secure jobs. But the direction of organization, the style of management is all Chinese,” he said. “So, that’s led to some resentment… Chinese businessmen have also bought Cambodian citizenship, which they’re not supposed to be able to do. That qualifies them to do things that foreigners can’t do.”

Dam construction has flooded tens of thousands of hectares of land that have inhabited endangered species and held key food sources for Cambodians. The World Wildlife Fund (WWF) and the Hong Kong and Shanghai Banking Corporation (HSBC) released a study in 2019 titled “Greening the Belt and Road Initiative,” which highlighted the lack of environmental project design in the BRI. The WWF has identified over 1,700 critical biodiversity spots and 265 threatened species endangered by the BRI.

Millions of people are impacted by the fragmentation of the Mekong River system caused by hydropower dam constructions. These projects have disrupted the migration of fish, threatening a key source of food and income for local fishermen. There is also a looming threat of coastal erosion, which puts strain on bridges and buildings in the surrounding area. The dam construction has trapped sediment, resulting in an unusual blue hue in the river that signals danger in the ecosystem. Vulnerable aquatic species will be more visible to predators, soil fertility will be damaged and rice fields, mangroves and fish will not receive the proper nutrients needed to survive.

For an economy that relies on fish and agriculture, this spells disaster for the future. The BRI has taken a severe toll on Cambodia’s environment and the health of their crops and bodies of water. Numerous aquatic species in the Mekong River have become increasingly rare or even extinct. Fish prices have soared as fishermen struggle to catch enough to sustain themselves.

Cambodia’s forests are also at risk. In underdeveloped regions, mass deforestation is required to insert infrastructure into the land. Unimpeded deforestation will result in further diminishment of biomass and lack of environmental sustainability in the region.

On a macro level, the BRI is a stepping stone for Cambodia to reach middle income status and expand its role in the global economy. However, endeavors as big as such must not ignore the voices of the local people. Cambodian officials should be wary of the risks the BRI presents and take a comprehensive examination on how it is affecting all its citizens across socioeconomic class. The next steps the Cambodian government takes are crucial to determining the future of their economy, political status, and environment.