Greg Anderson discusses his book about the Chinese car industry and the delicate nature of China's planned economy.
March 6, 2012
Print 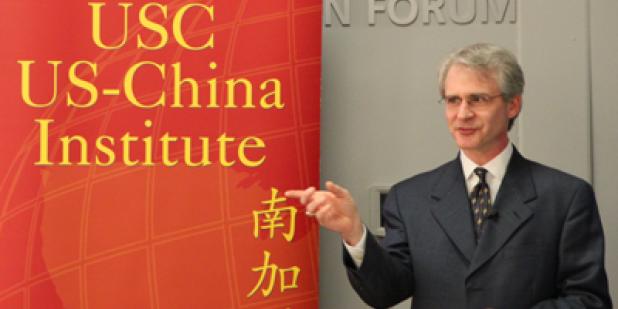 China's unprecedented level of growth over the past three decades, combined with a financial crisis in the West, have led many to question whether free-market capitalism is the better system for generating sustainable economic growth.  Not only have some of China's political leaders already declared victory, but many Western observers have begun to question whether the Chinese may not have discovered a magic formula for combining free markets with state control.

Are the Chinese breaking the rules of capitalism, or are they re-writing them?

G.E. Anderson’s in-depth look at the development of China’s auto industry reveals not only how China surpassed the U.S. to become the world’s largest market for autos, but also the political principles that have shaped China’s approach to industrial planning in general.

The picture that emerges is of a central government certain of what it wants, but willing to break its own rules to achieve higher level goals.  It also reveals the inherent weaknesses in China’s state-centric system that may prevent it from becoming the innovator and industrial power it aspires to become.

Author and consultant, G.E. Anderson (Ph.D., UCLA, 2011) has been either living in or frequently traveling to China for nearly two decades. Through his consulting practice, Pacific Rim Advisors, he provides advice in political risk mitigation, business-government relations and business strategy. In his earlier career he held various positions in finance from commercial lending analyst to CFO, more recently serving as Finance Director for Charles Schwab's Tokyo-based joint venture. He also taught at university in Chengdu, Sichuan.

Anderson’s writing has appeared in the Wall Street Journal, HSBC's Week in China, Forbes China Tracker, and his blog, ChinaBizGov. His book, Designated Drivers: How China Plans to Dominate the Global Auto Industry will be published by Wiley & Sons in spring 2012. Click here for more information about the book.

This presentation was given on February 22, 2012 at USC. Click on the play button below to see the presentation..