More people than ever are reaching for the game controller instead of the TV remote.
June 10, 2021
Print 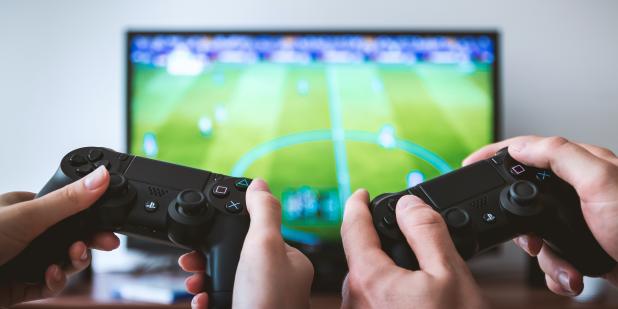 Thanks to Covid-19, we’ve spent a lot of time at home. When half of China was locked down in spring 2020, livestreaming viewership jumped. Here in the U.S., we binged on streaming services and added more. But even more than this, we’ve turned to video games. While movie studios were pushing back their blockbuster releases (often multiple times), game consoles like the Nintendo Switch were flying off the shelves.

Video gaming was already huge, earning more money than the global film industry and American sports industries combined, and the pandemic helped push revenues up 20%. Mobile games generate the most revenue and the most revenue per user. Thousands of games are a few clicks away on a smartphone, but many use PCs and consoles and play on one of the giant platforms. Asia alone is said to have 1.5 billion gamers. Watching others play has also become a big business. The Cinemark movie chain in the U.S. is launching a esports league and will have in theatre public contests.

As the charts below illustrate, almost all Vietnamese adults play video games, but no one matches Chinese gamers for the time they devote to it. On a per capita basis, American gamers spend more than Chinese, but total gaming revenues in China are a third higher than in the U.S. Online titans Tencent and NetEase are China’s largest game publishers. PUBG Mobile is the biggest earning mobile game, but last fall its developer abandoned Tencent in India so as to evade the government’s ban on Chinese mobile apps. Tencent's doing just fine, however, It owns TiMi, the developer of the Call of Duty franchise. TiMi earned US$10 billion in 2020. It took a year for Chinese regulators to approve Call of Duty Mobile for the China market. When it did more than 70 million Chinese gamers had preregistered for the game, joining hundreds of millions already playing the game worldwide.