How Tencent makes its money

Although WeChat is the most popular part of the Tencent empire and is deeply embedded in the everyday lives of Chinese, it doesn’t generate most of the company’s revenues. This week we look at Tencent and how it generated US$54 billion in revenue last year. 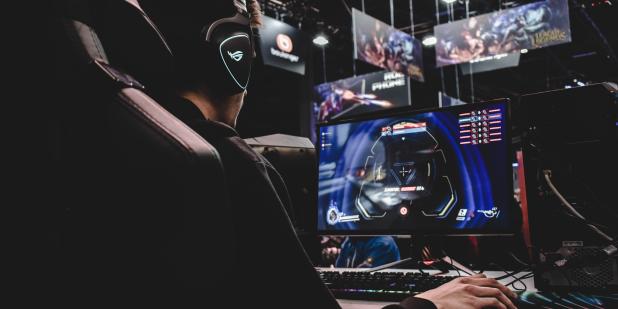 Earlier this month, President Trump issued executive orders regarding two immensely popular Chinese apps TikTok and WeChat. Most attention focused on TikTok, which has been a hit in the U.S. and elsewhere. An American buyer may acquire TikTok from Bytedance. While WeChat is not as well known in the U.S., it is the biggest app in China (with more than 1 billion users) and is a vital communication tool linking 19 million people and many companies in the U.S. with those in China. The Trump Administration argues action is necessary because these apps gather data on American users. Although WeChat is the most popular part of the Tencent empire and is deeply embedded in the everyday lives of Chinese, it doesn’t generate most of the company’s revenues. This week we look at Tencent and how it generated US$54 billion in revenue last year. 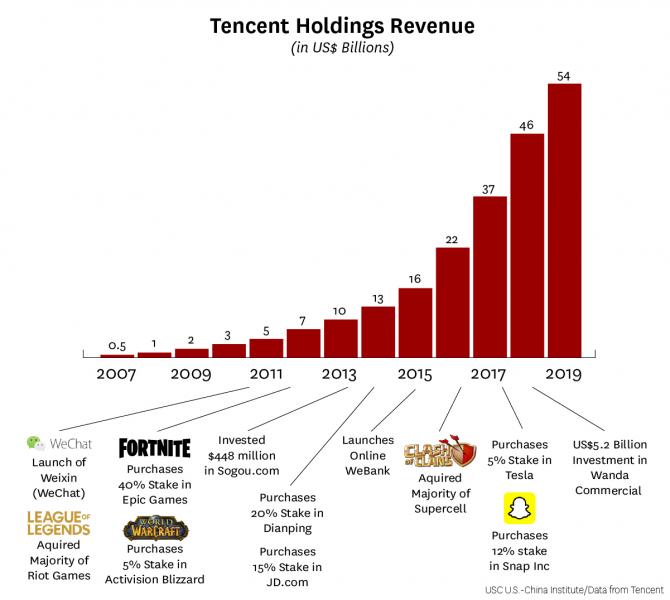 Tencent is a video game titan and has expanded by purchasing or acquiring significant stakes in U.S. companies. Two of the most prominent are Riot Games and Epic Games, which made US$1.5 billion and US$1.8 billion respectively in 2019. Tencent is the world’s largest gaming studio but has diversified its portfolio by investing over US$14 billion in over 600 companies since 2011. 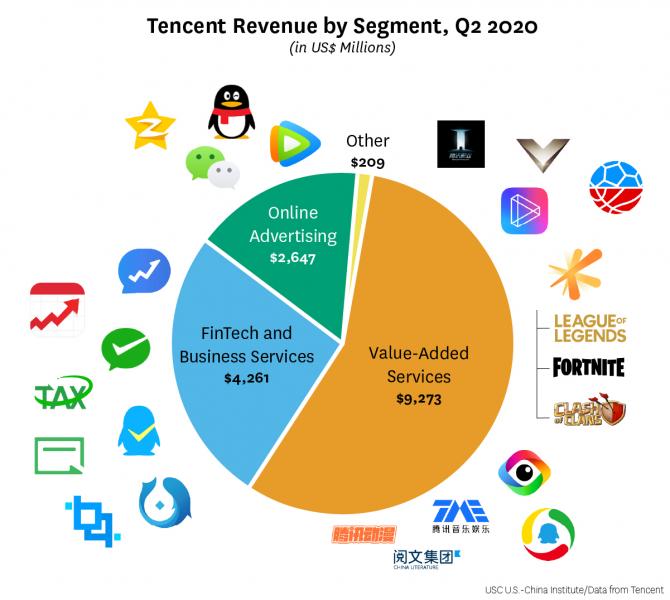 Tencent’s last quarter was one of its fastest growing in two years with its online gaming, a third of its total revenue, growing 40% year on year. Social network revenue, including from its live broadcasting and music subscription services, grew 29% year on year. Its fintech and business services, like WeChat Pay, grew 30% year on year. 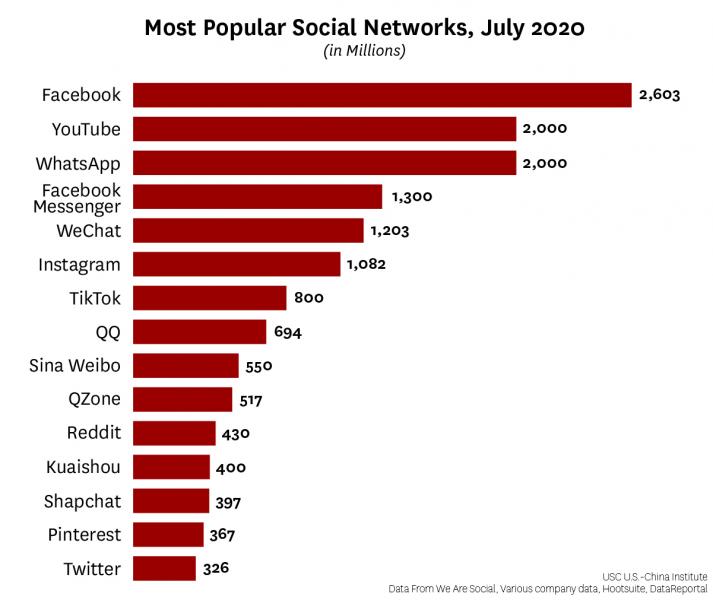 While WeChat is the dominant social media platform in China, the U.S. represents less than 2% of Tencent’s global revenue and less than 1% of its advertising revenue. After a 10% drop in stock price due to investor worry that Trump’s order would extend to all companies Tencent has a stake in, it recovered half of that after a White House official clarified that the order applied only to WeChat.