China started to reopen movie theaters but quickly backtracked amidst fears of a second coronavirus outbreak. How can the film industry survive amidst a worldwide ban on their primary source of revenue? 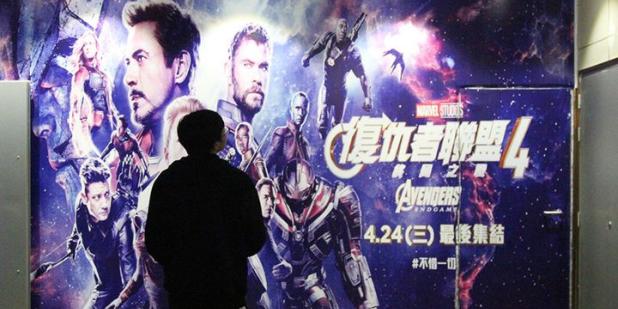 As the number of new coronavirus cases declined in China, movie theaters started to reopen across the country. Many expect China’s box office ($9.2 billion in 2019) to top North America’s ($11.4 billion) in the next year or two, so the news brought hope to a film industry struggling from worldwide theater closures. But how do you make people feel safe in crowds again? With superheroes, of course. All four of the Marvel Avengers films were set to be rereleased with some of China's other highest grossing box office films.

The films barely made it past the opening credits before Beijing's Film Bureau suddenly ordered the over 600 theaters that had reopened to shut down again. With Iron Man still quarantined, Douyin, the Chinese version of TikTok, is coming to the rescue by streaming dozens of films for free, including The Last Emperor, Farewell My Concubine, and The Great Wall. This comes on the heels of a deal where ByteDance, which owns Douyin and TikTok, paid USD$91 million to stream Lost in Russia during the first wave of cinema closures in January.

Movie theaters in the U.S. are still closed too, but Hollywood studios have started putting their new releases on digital platforms earlier than usual. Frozen II, the 10th highest grossing film of all time, was on Disney+ three months ahead of schedule, missing out on digital and disc sales. While the lure of USD$1 billion box offices might keep the big budget films off the servers for now, studios might start considering releasing their lower-budget films straight to digital to drive more subscription revenue.

More about movies in China: