In his book, author Cheng Li argues that American policymakers must not lose sight of the expansive dynamism and diversity in present-day China.
June 10, 2021
Print 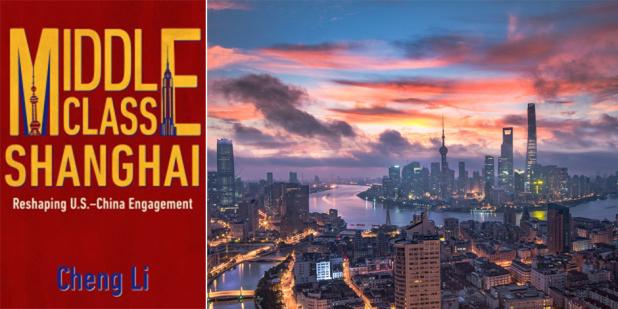 After four decades of engagement, the United States and China now appear to be locked on a collision course that has already fomented a trade war, seems likely to produce a new cold war, and could even result in dangerous military conflict. The current deterioration of the bilateral relationship is the culmination of years of disputes, disillusionment, disappointment, and distrust between the two countries. Washington has legitimate concerns about Beijing’s excessive domestic political control and aggressive foreign policy stances, just as Chinese leaders believe the United States still has futile designs on blocking their country’s inevitable rise to great-power status.

Cheng Li’s Middle Class Shanghai argues that American policymakers must not lose sight of the expansive dynamism and diversity in present-day China. The caricature of the PRC as a monolithic Communist apparatus set on exporting its ideology and development model is simplistic and misguided. Drawing on empirical research in the realms of higher education, avant-garde art, architecture, and law, this unique study highlights the strong, constructive impact of bilateral exchanges.

Combining eclectic human stories with striking new data analysis, this book addresses the possibility that the development of China’s class structure and cosmopolitan culture—exemplified and led by Shanghai—could provide a force for reshaping U.S.-China engagement. Both countries should build upon the deep cultural and educational exchanges that have bound them together for decades. The author concludes that U.S. policymakers should neither underestimate the role and strength of the Chinese middle class, nor ostracize or alienate this force with policies that push it toward jingoistic nationalism to the detriment of both countries and the global community.

With its unique focus, this book will enlighten policymakers, scholars, business leaders, and anyone interested in China and its increasingly fraught relations with the United States.

Cheng Li is the director of the John L. Thornton China Center and a senior fellow in the Foreign Policy program at Brookings. He is also a director of the National Committee on U.S.-China Relations. Li focuses on the transformation of political leaders, generational change, the Chinese middle class, and technological development in China.