The country’s rapid entry into the global economy dominates the proceedings at the 18th Asia/Pacific Business Outlook Conference hosted by the USC Marshall School of Business. 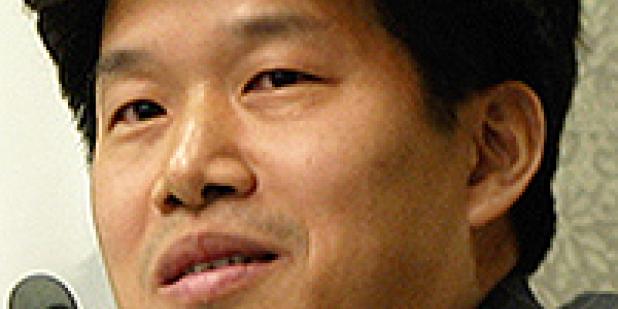 China’s booming economy exerts such a strong gravitational force that the rest of the world cannot resist its orbit, said Il Young Maing, the president of United Technologies’ International Operations in Korea.

Richard L. Drobnick, vice provost for International Affairs in the USC Marshall School of Business, said that China’s economic engine has the power to pull the entire region along at growth rates forecasted by the Asia Development Bank of 6.5 percent to 7 percent in both 2005 and 2006.

The topic of China and its rapid entry into the world economy dominated the 40 presentations, panels, seminars and workshops presented at the two-day international trade and business conference in April.

Although China’s economic horizon is not cloudless, the consensus among participants was that China’s low wages, continued annual growth of 8 percent or more, hunger for foreign investment, anticipated entry into the World Trade Organization and its large, increasingly urban and middle-class domestic market offered the greatest business opportunity for American companies and entrepreneurs.

The challenge remains how to best tap into China’s burgeoning economy profitably.

About 300 business professionals, students, consultants and vendors, primarily from California, attended the USC conference with many also participating in three pre-conference workshops on entertainment, media and gaming in Asia, biobusiness and Mexico.

Presenters and panelists included business executives and experts from both sides of the Pacific, America’s senior commercial service officers from China, Korea, Japan, India and Mexico, and leading academics.

Representatives from the World Bank, the U.S. Trade and Development Agency and the Export-Import Bank also participated.

Quantifying China’s business potential, John Frisbie, president of the US-China Business Council, said in his keynote address that, “Asia-Pacific needs $1 trillion in infrastructure investment,” adding that, “Eighty percent of that is in China.”

“The number of people in China studying English is greater than the population of the U.S. today,” he said.

Discordant notes could be heard amid the chorus, with some participants citing doubts that China could sustain its growth rate and expressing concern over China’s lack of transparency in its banking system and business accounting.

Donald Tang, chairman of Bear Stearns Asia, described China as a colossus on steroids with one leg “in boiling water and the other in ice water,” referring to the fragile, dynamic balance that China’s leaders must maintain as the country modernizes and deals with the risks and demands of becoming a market-driven economy.

Meanwhile, there will also be unrelenting socio-economic pressures, Tang noted.

“Some 300 million people will move to the cities in the next 10 to 15 years,” Tang said, adding, “That’s like building a Boston every month.”

By contrast, India already offers real and present returns on investment, according to conference panelists. On balance, however, conference attendees appeared less enamored of the subcontinent’s opportunities in the face of China’s seemingly vast potential.

John Peters, Minister-Counselor for Commercial Affairs for the U.S. Embassy in New Dehli, emphasized that India was a stable, if raucous, democracy compared with China’s authoritarian Communist regime.

India also boasts a booming high-tech sector and services industry along with a population that is 58 percent under the age of 20 and increasingly urban and sophisticated in its tastes for consumer goods.

One area of potential growth is its $180 billion retail market that is only 3 percent organized.

According to conference participants, Korea is trying to redefine itself as its labor force is being priced out of the market by China and while it struggles to compete with Japan’s technological expertise.

Repositioning itself with special foreign investment zones, Korea is offering tax breaks and incentives to attract foreign capital. It is also touting itself as an Asian center for consumer research and development, given its highly urbanized and sophisticated population.

Most participants agreed that Japan is finally lifting itself from its decade-long economic doldrums, but that it still offers modest financial returns to investors who must cope with its lumbering efforts to open its economy to outsiders.

Some segments such as construction are still closed to foreigners. While overseas investors look for distressed companies as beachheads on the Japanese market, Japan would prefer companies to build “green field” factories from the ground up.

The good news is that the Japanese banking industry is once more on solid footing, having written off much of its portfolio of non-performing loans while the government forced consolidation of the weakest players.

Growth is projected at 2 to 3 percent as Japan shifts much of its low-cost manufacturing to China while attempting to retain its high-end, high value-added electronics and computer products.

Thanks to NAFTA and Mexico’s proximity to the United States, some 35,000 companies in the U.S. serve Mexican manufacturing and 60 to 65 percent of Mexico’s exports are shipped to its northern neighbor. Although Mexico has lost its advantage to China and other Asian countries as the provider of low-cost workers, it is also moving up the “food chain,” as evidenced by the growth in big-screen manufacturing in Tijuana.

Southeast Asia presents an overall picture of guarded optimism with increased democratization and stability, openness to foreign investors and investment, eager workforces and natural resources. But corruption, poverty, and illiteracy continue to be a drag on economic development.

Singapore continues to outpace the region with its dynamic, entrepreneurial-driven economy and strong service and manufacturing base. Indonesia, having undergone its second civilian transfer of power, is eager for foreign investment – particularly in the wake of its devastating tsunami in December 2005. Despite its setbacks, it anticipates a projected GDP growth of 5 percent in 2005.

Thailand’s banks have finally returned to profitability from the country’s 1996-97 financial crisis. Thailand also lays claim to having the largest automotive industry in Southeast Asia. Both Thailand and the Philippines are nonetheless weighted down by Islamic insurgencies in their southern regions.

Lastly, Vietnam is following China’s model as it reforms and opens up its economy. Growth there is expected to be 8.5 percent this year.

Except for more developed economies such as Japan, Korea and Singapore, corruption, poverty, lack of education and inferior infrastructure remain the major obstacles to economic growth and prosperity through Southeast Asia, as well as in India and China.