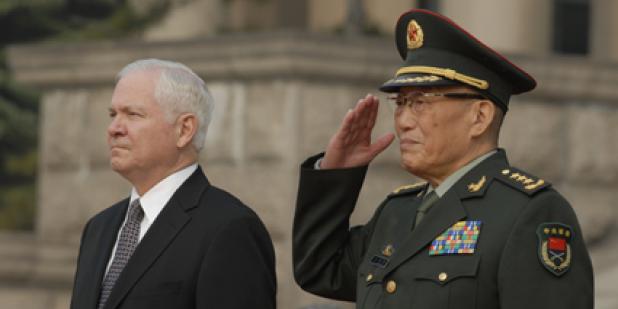 What follows is a joint press appearance on Nov. 5, 2007 at the Chinese Ministry of Defense. Source: U.S. Department of Defense.

MINISTER CAO (through interpreter): Ladies and gentlemen, good afternoon. At my invitation, your Secretary of Defense, Dr. Robert Gates, is right now visiting China. Dr. Gates arrived in Beijing last evening. He is scheduled to leave Beijing on the 6th.