The U.S. – China Climate Leaders Summit fulfills a key element of the U.S.-China Joint Announcement on Climate Change by Presidents Obama and Xi last November, and helps to ensure that the ambitious actions to address climate change that both leaders committed to will be implemented at the state and local level, where they matter most.
September 22, 2015
Print 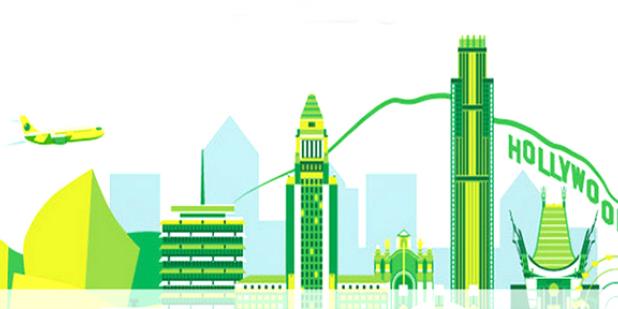 The U.S. – China Climate Leaders Summit fulfills a key element of the U.S.-China Joint Announcement on Climate Change by Presidents Obama and Xi last November, and helps to ensure that the ambitious actions to address climate change that both leaders committed to will be implemented at the state and local level, where they matter most.  The Summit also shows the determination of both countries to continually deepen and strengthen cooperation on climate change, and to engage city, state, municipal, private-sector, and NGO partners in this critical effort.

The Summit will feature several outcomes, including a U.S. – China Climate Leaders Declaration to be signed by a diverse set of U.S. cities and states including Atlanta, Los Angeles, Connecticut, Portland(OR), Seattle, Houston, Salt Lake City, Des Moines, Carmel (IN), Pinecrest (FL) Miami-Dade County, Boston, San Francisco, and Washington, D.C.. The Declaration is the first of its kind between multiple community leaders from the United States and China to take parallel steps to address climate change at the state and local level, and is a concrete statement of intent by city, state, and provincial leaders from the United States and China to implement ambitious, verifiable actions to address climate change and simultaneously to support and expand bilateral cooperation and dialogue.  Vice President Joe Biden will discuss these important actions in remarks to the Summit on Wednesday, September 16.

The Declaration features new initiatives by both Chinese and U.S. communities. To view the full declaration, click HERE.

China’s cities have announced the formulation of the new “Alliance of Peaking Pioneer Cities” (APPC).  All cities and provinces in the Alliance have established, for the first time, peak years for carbon dioxide emissions that are earlier than the national goal to peak around 2030.  The commitment of so many of its largest cities to early peaking highlights China’s resolve to take comprehensive action across all levels of government to achieve its national target, put forth in last year’s Joint Announcement on Climate Change, to make best efforts to peak its emissions earlier than 2030.  Notably, Beijing and Guangzhou have committed to peak their carbon dioxide emissions by the end of or around 2020 – ten years earlier than the national target – and the Chinese cities and provinces making commitments represent approximately 1.2 Gigatons of annual carbon dioxide emissions, about 25% of China’s urban total and roughly the same level of carbon dioxide emissions as Japan or Brazil.  In signing the Declaration, the Chinese cities have also stated their intention not only to establish ambitious targets to reduce emissions, but also to regularly report on greenhouse gas emissions, establish climate action plans to reduce emissions, and enhance bilateral partnerships and bilateral cooperation.

U.S. cities, counties, and states have also put forward ambitious, long-term emissions reduction targets , including a commitment from the State of California to reduce emissions by 80%-90% below 1990 levels by 2050, and a commitment from the City of Seattle to become carbon-neutral by 2050, producing no net greenhouse gas emissions.  In signing the Declaration, the U.S. cities and states, like their Chinese counterparts, have also stated their intention to establish ambitious targets to reduce emissions, regularly report on greenhouse gas emissions, establish climate action plans to reduce emissions, and enhance bilateral partnerships and bilateral cooperation.

In addition to the state, provincial, and local government actions announced under the Declaration, cities, private sector entities, and civil society organization in the U.S. and China are announcing a number of new commitments and declarations during the Summit.  Some of the initiatives announced at the Summit include:

An announcement of the California-China Urban Climate Collaborative (CCUCC), a new initiative between ICLEI - Local Governments for Sustainability, Lawrence Berkeley National Laboratory, the California-China Office of Trade and Investment, the Bay Area Council and the Asia Society.  The CCUCC is a dynamic new long-term exchange between cities in California and China seeking to reduce carbon and air pollution and advance the clean energy economy.  Its goals are to assist policy makers in climate action planning, build organizational capacity for climate action planning, and connect cleantech industries with cities. 10 cities from California and 10 cities from China will participate in the inaugural group, with more to participate in the future.

A Memorandum of Understanding between the cities of Shenzhen, Guangdong and Los Angeles, California to share best practices and lessons learned in reducing emissions, especially in the construction of green buildings and from vessels visiting their respective major ports.  The two cities will also explore ways to promote green jobs and expand trade in clean energy and other environmental technology sectors.  This arrangement establishes a robust framework for cooperation between two dynamic and fast-growing cities that can serve as a model for other communities.

An arrangement between the China Beijing Environment Exchange, the Climate Registry, the Climate Action Reserve, and the Innovation Center for Energy and Transportation to design and implement carbon market training programs in China, and to introduce California’s zero-emission vehicle credit trading mechanism in China’s capital of Beijing.  This initiative aims to equip professionals with the experience and understanding needed to create functioning carbon markets, which are critical to encouraging the deployment of clean and renewable energy sources.

A Memorandum of Understanding between the Energy Foundation and the city of Wuhan to finance demonstration projects in the fields of smart grid development, distributed renewable energy, and low-emission transportation, among others.  This partnership will be supported by an advisory committee and annual project planning and evaluation meetings to help ensure progress toward concrete results.  This partnership allows the Energy Foundation to leverage its expertise in low-carbon technologies to help one of China’s largest and most dynamic cities reduce its emissions.

A statement between Lawrence Berkeley National Laboratory (LBNL) and the Shenzhen Institute for Building Research proposing to design and construct a version of LBNL’s FlexLab, the world’s most advanced building energy simulator, in China.  The FlexLab allows researchers to test different aspects of building energy use, including from lighting, heating, and cooling equipment, under real-world conditions.  Installing a FlexLab in China will greatly improve the ability of architects and engineers to design and build highly energy-efficient buildings that minimize the consumption of electricity and reduce greenhouse gas emissions.

A renewal of the 2013 Memorandum of Understanding between the State of California and the National Development and Reform Commission which includes cooperation around the implementation of carbon dioxide emissions trading systems, expansion of electric vehicles, and other low-carbon development activities.  The renewal of this innovative partnership creates new opportunities for expanding the use of market mechanisms to reduce emissions.

An arrangement between the cities of Los Angeles, California and Beijing to cooperate in low-carbon urban planning and transportation, including through conducting joint workshops, research projects, and technology exchanges.  By sharing their experiences, the two cities hope to transform their built environments and replace outmoded forms of urban development to reduce greenhouse gas emissions, especially from the transport sector.  Given that both cities have ambitious plans for urban re-development, this initiative will help to ensure that future development is sustainable and climate-smart.

An announcement that the City of Los Angeles, California and the City of Zhenjiang, Jiangsu Province havebecome the first cities to endorse the Subnational Global Climate Leadership Memorandum of Understanding – an effort led by California Governor Jerry Brown.  Signatories commit to either reduce greenhouse gas emissions 80 to 95 percent below 1990 levels by 2050 or achieve a per capita annual emission target of less than 2 metric tons by 2050. These targets allow each individual government to tailor emission reduction plans to fit regional needs. The “Under 2 MOU” provides a template for the world's nations, states and cities to follow as work continues toward an international agreement to reduce greenhouse gas emissions ahead of this year's United Nations Climate Change Conference in Paris.

The U.S. government will also re-affirm its commitment to helping state, local, and tribal communities address and prepare for climate change, including through the Climate Action Champions initiative: