Reviewed for Tim Oakes, Department of Geography, University of Colorado at Boulder.
Published by H-Travel

Colonialism as a Project of Representation

This is a rich and rewarding book that speaks to a host of significant issues in China's historical, cultural, and political geography. Emma Jinhua Teng sets out to demonstrate the role that textual and visual representations of Taiwan played in the transformation of the Qing empire's imagined geography. While the title might suggest that this is a book 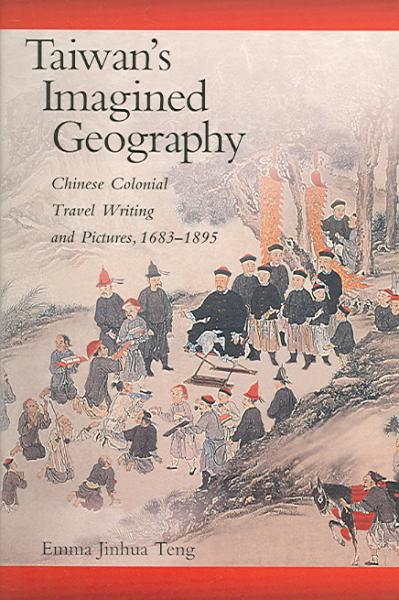 limited to analysis of Qing-era representations of Taiwan, Teng's account in fact treats Taiwan as a kind of leitmotif for the changing geography of the empire as a whole. The specific question she addresses is this: How did Taiwan change, in the period of two hundred years, from "savage land" and "ball of mud," beyond the pale of civilization, to an integral part of the empire, so much so that Japan's acquisition and colonization of the island felt like the "severing of a limb"?

In accounting for this transition, Teng organizes her analysis around a variety of tropes used by travel writers in their descriptions of the Taiwan frontier. The chapters progress more or less chronologically, beginning with a chapter on the late seventeenth-century debate over the annexation of Taiwan. Here we learn the extent to which the Kangxi emperor regarded the island as worthless and, more significantly, located "off the map," and thus beyond the natural boundaries of the empire. The project of bringing Taiwan "into the map," then, is conceived by Teng to be primarily a project of representation. In this regard, her analysis of Qing imperialism suggests echoes with recent work on colonialism as a representational project, a perspective most thoroughly explored by Timothy Mitchell in Colonizing Egypt (1988) and Rule of Experts (2002). One of the important roles of travel writing, for instance, was not simply making the empire's frontiers knowable in an epistemic sense, but also naturalizing frontier expansion as the inevitable progression of civilization over savagery. The new discipline of Qing geography also played a significant role in this, as Laura Hostetler has also argued in Qing Colonial Enterprise (2001).

The chapters that follow focus on various tropes of representation: Taiwan as a "living museum" of anachronous beings (that is, living fossils of ancient Chinese ways), Taiwan's landscapes of wildness and cultivation, racial and ethnic discourses of Taiwanese difference, Taiwan's cultural distance from the Han as a basis for ethnic classifications, visual tropes of representing the Taiwan's frontier, and gendered representations of Taiwan's indigenes. In each of the chapters, Teng's analysis is rich with reference to a much broader canon of Chinese literature and history. The effect is to see representations of frontier Taiwan as central to the discursive constructions of the Qing in the broadest sense.

It is this discursive centrality of Taiwan, then, that allows Teng to make a number of broader arguments. First and most obvious is the argument that Taiwan only became a part of China during the Qing, as a result of Qing imperialism. The current political implications of this argument go without saying, but Teng doesn't pull her punches here. Second, it follows that Teng believes the Qing should be a subject of colonial discourse studies, just as much as any other European imperial power. Teng argues that imperialism is not just a European phenomenon. At face value, this argument should seem straightforward enough. After all, many Qing travel writers themselves, such as Ding Shaoyi, easily made comparisons between the Qing and European empires. By the end of the book, however, Teng is prepared to draw out the full implications of such an argument. Addressing the question of whether or not postcolonial theory is applicable to Taiwan, Teng argues that Taiwan needs first to be understood as a colony before we can address the possibility of its postcolonial transformation. Thus, the "national reunification" of China and Taiwan is "predicated on the denial of Qing imperialism" (p. 250). And so the argument about the Qing being an imperialist power puts Teng at odds with People's Republic of China (PRC) scholarship that maintains a vested interest in insisting that imperialism is only a European phenomenon. Instead, PRC scholars frame Qing expansion as a "frontier studies" issue, rather than a problem of imperialism. The implication of Teng's argument, then, is that the PRC has inherited the unstated imperialism of the Qing.

Beyond the rich and fascinating exegesis of colonial travel writing that Teng offers, then, Taiwan's Imagined Geography is ultimately most rewarding for Teng's refusal to sidestep the broader political terrain into which her analysis takes her.