Richard I. Suchenski's book was reviewed by Xiao Liu for H-Asia and is published here under Creative Commons license.

A new anthology, Hou Hsiao-hsien, edited by Richard I. Suchenski, has been published to accompany “Also Like Life: 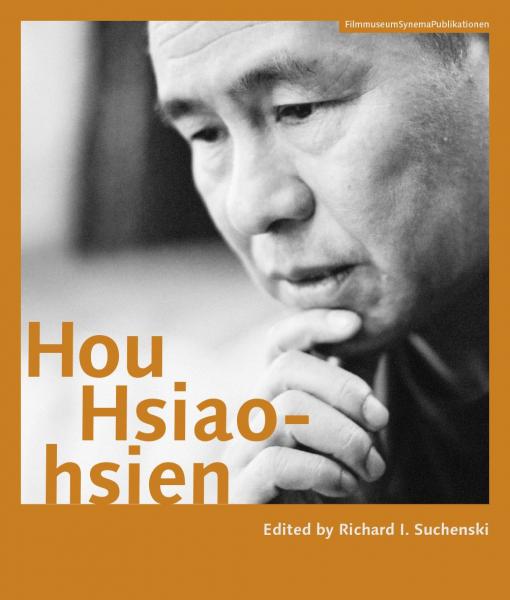 The Films of Hou Hsiao-hsien,” an international retrospective organized by the Center for Moving Image Arts at Bard College in collaboration with the Ministry of Culture of the Republic of China (Taiwan). A quick look at the institutes that participated in this retrospective will tell us about the international impact of Hou Hsiao-hsien: from the Austrian Film Museum in Vienna to the Museum of the Moving Image in New York, from the Pacific Film Archive at University of California at Berkeley to the Harvard Film Archive and British Film Institute, as well as to film centers and festivals in Vancouver, Toronto, Chicago, and São Paulo. It goes without saying that Hou can be called an internationally acclaimed auteur whose style becomes his signature.

But the book is more self-reflexively a study of “Hou Hsiao-hsien effects” than merely an auteur study. The book provides different perspectives and aspects that contribute to the “Hou Hsiao-hsien effects”: a group of essays by renowned critics and scholars, such as Peggy Chiao, Ni Zhen, Hasumi Shigehiko, Abé Markus Nornes, Jean Ma, and others from Taiwan, the PRC, Japan, and North America; an interview conducted by Suchenski with Hou and his long-term collaborator and screenwriter Chu Tian-wen; comments on Hou by Olivier Assayas, Jia Zhangke, and Koreeda Hirokazu, three filmmakers who acknowledge Hou’s influences on them; and finally, interviews with Hou’s collaborators and staff, including his cinematographers Chen Huai-en and Mark-Lee, editor Liao Ching-sung, sound designer Tu Duu-chin, and others. Echoing the book’s thoughtful structure, Suchenski in his carefully crafted introduction starts with the international recognition of Hou’s films at various international film festivals, and the constitution of his fame through the champion of critical doyens like Kent Jones and Jonathan Rosenbaum. In other words, Suchenski places Hou among the networks and institutions of international art films, which enable the production and circulation of certain styles/signatures in the circle of art cinema. This is foremost manifested as, in Suchenski’s words, Hou’s “aestheticism” that is “at odds with the exigencies of the commercial industries” (p. 14). As in James Tweedie’s new book The Age of New Waves: Art Cinema and the Staging of Globalization (2013), which remarkably maps out the connections of the New Waves from France to Taiwan and mainland China, Suchenski traces the intertextual references in Hou’s films to the emblematic works of Italian neorealism and French New Wave auteurs, such as Roberto Rossellini’s Germany Year Zero (1948), Rebert Bresson’s Mouchette (1967), and Jean-Luc Godard’s Breathless (1960). Hou’s close affinity with these auteurs is expressed through long takes, elliptical mode of storytelling, and other formal aspects, but more importantly, as Suchenski points out, through Hou’s self-conscious invocation of the precariousness shared by art cinema. This is not say that Hou is simply an inheritor of Western auteurs. Hou is equally indebted to other traditions, from Chinese literature and thought, and Chinese landscape painting, to Fei Mu’s Spring in a Small Town (1948) and Ozu’s Late Spring (1949). Wary of orientalist implications in the term “Chineseness,” Suchenski contends that the “Chineseness” of Hou’s films should not be understood as an “ahistorical endorsement of unchanging values,” but rather, as “part of the continually developing artist’s probing investigation of practices and mindsets rooted in vanished eras” (p. 23). It is precisely the ways in which Hou weaves together multiple forms of tradition to capture historical and cultural ruptures across the straits and to evoke the vanishing heritages and memories that best display the originality and particularity of his works.

The complexity and richness of Hou’s films invite varied approaches and interpretations. The group of essays by scholars and critics interestingly demonstrate that the reception of Hou is closely interwoven with different concerns and contexts of intercultural dialogues. The first two essays, one by the Taiwanese critic Peggy Chiao, the other by the mainland critic Ni Zhen, can be read in parallel: Chiao saw the emergence of Taiwan New Cinemas represented by Hou, Edward Yang, and others as a movement that inherited the spirit of native literature in Taiwan in their use of autobiographical tone, the quest for a realism that fixates on everyday minutia, and most importantly, their collective search for identity, whereas Ni is more fascinated with the ability of Hou’s films to “transcend Taiwanese consciousness and speak broadly to the intelligence of Asian Culture” (p. 57). Ni quotes Chiao in his essay, but reads Chiao’s comments as an endorsement of Hou’s commitment to Chinese history, especially the turbulent history in the second half of the twentieth century. To Ni, Hou’s stylistic resonance with Ozu embodies an Asian philosophy that transforms the Western tradition of realism—although Ni’s notion of “Asia” remains nebulous in this essay. The two interpretations do not necessarily contradict each other but instead indicate that any discussion of the aesthetics of Hou’s films cannot be separated from the geopolitics that in fact shapes and becomes part and parcel of Hou’s unique style.

The productive differences in their interpretative approaches also make other essays in this volume interesting case studies of “Hou Hsiao-hsien effects” that far exceed the notion of an “auteur” as a single author. Jean-Michel Fordon discusses the concept of “void” or “vacuity” in Chinese painting in the formation of Hou’s narrative and visual style, particularly Hou’s decision to “enlarge the frame to a point where environment becomes at least as important as what is being done by this or that character” (p. 80). This attention to the environment in Hou’s films is also noticed by Kent Jones, but discussed in the line of postwar film from Italian neorealism to Alfred Hitchcock’s last films and Francis Coppola, a lineage of which Jones calls “environmentally grounded cinema” (p. 171). An interesting question arises here is less to decide whether Hou is influenced by Chinese painting or postwar Western films but to determine the validity of the dichotomy of the East/West in rethinking the notion of “world cinema.”

Similarly, Hou’s fixation on the past and vanished traditions is the focus of several essays. Jones notices that the act of filmmaking in Hou’s work is “linked to action of summoning, recalling” and the images thus show the “ghostly aspect of memory” (p. 172). Jean Ma, while admitting Hou’s nostalgic attraction to the past, complicates the relationship between tradition and modernity in her reading of The Puppetmaster (1993) by examining the way Hou self-consciously adopts the tradition of budai xi (glove puppetry) to reflect on the modernity of the medium of cinema.

Abé Mark Nornes chooses a very particular perspective to look at the narrative space in Hou’s films—through the use of calligraphy as props. With more than two thousand frame grabs he and his research assistants pulled from East Asian cinema, Nornes finds that South Korean filmmakers often place calligraphic folding screens along the back walls of their sets, Japanese filmmakers place them on the edges of the frame, and Chinese filmmakers default to symmetry. Picking out the sequences in A City of Sadness (1989) where calligraphic items set the stage for a flashback which usually goes unmarked, Nornes argues that Hou subtly wove together the tangled temporality of calligraphic props with the “variegated time of cinema” (p. 163). By the end of the essay, Nornes relates with a good sense of humor the story about his interview with Hou. After being “interrogated” for some time about the use of calligraphy in his films, Hou replied with a mischievous smile: “You know, in all honesty, I have to admit that your research topic just doesn’t interest me that much” (p. 168).

Whether scholarly research and discourses interest Hou or not, we are far beyond an era when an auteur/author controls the meaning of his/her own work. The impact of Hou’s “auteurist” signature comes from its ability to continuously inspire other filmmakers, and to generate discourses and discussions that invite further rethinking of “world cinemas,” “New Waves,” and other concepts key to cinema studies.

The volume covers comprehensively Hou’s films of different periods and types, not only his earlier autobiographic trilogy and most well-known A City of Sadness and The Puppetmaster, but also his less-reviewed films Dust in the Wind (1986) with an essay by James Udden, Three Times (2005) in another piece by James Quandt, and his most recent short film La Belle Epoque (2011). With the rich materials and elegantly written essays, the book is a good contribution to the curriculum of film studies, East Asian studies, and visual arts studies. This beautiful book with the color printing of dozens of stills, posters, and photos is also an excellent choice to Hou’s film fans.