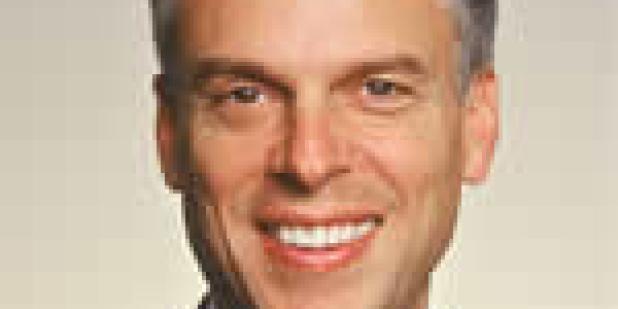 Mr. Chairman and Members of the Committee,

I am deeply honored to appear before you today as President Obama’s nominee to be the next United States Ambassador to the People’s Republic of China. I am extremely humbled by and grateful to the President and Secretary Clinton for the trust and confidence they have shown in me. I would like to take this opportunity to thank and introduce members of my family who are here with me today: my wife, Mary Kaye, my children Mary Anne, Abby, Liddy, Jon, Will, Gracie and Asha.

My family has long been supportive of my interest in Asia during the past three decades. Of course, for part of our family, this is an opportunity to return home. My son, Will, was born in Singapore when I served as ambassador there, and our two adopted daughters, Gracie Mei and Asha Bharati, were born in China and India, respectively – happily, no border disputes yet surrounding their bedrooms!

It was a difficult decision for our family to make, to leave a state and a job that we love for this new challenge that takes us half the world away. I want to thank the citizens of Utah for their support and understanding as my family and I embark on this important mission for our country. With the support of the Senate, we are committed to this new responsibility.

If confirmed, I look forward to working with and learning from the outstanding team of Foreign Service Officers, Locally Engaged Staff, and representatives of the many U.S. agencies and offices that collectively make up U.S. Mission China, as well as their family members, who are vital and contributing members of the American community. We have an excellent team of first-class career professionals assembled at our Embassy in Beijing and our Consulates General in Chengdu, Guangzhou, Shenyang, Shanghai, and Wuhan, and, if confirmed, it will be my honor to serve as both their leader and cheerleader in pursuing and promoting American interests and objectives in China.

- 2 -
If confirmed, I will be in the enviable position of representing the United States during an exceptionally exciting time in our thirty year bilateral relationship with China, a period during which it is my fervent hope that our cooperation will deepen and broaden. The simple fact of the matter is that China is critically important and represents one of our most consequential bilateral relationships.

President Obama and Secretary Clinton have made clear their commitment to working with China to build a positive, cooperative and comprehensive relationship for the 21st century. This coming Monday, July 27, right here in Washington, D.C., the United States and China will launch the inaugural meeting of the Strategic and Economic Dialogue, the most ambitious dialogue in the history of our bilateral relations. Through this Dialogue, the United States and China aim to address together the challenges and opportunities we both face on a wide range of bilateral, regional, and global issues, including the global financial crisis, regional security concerns, global sustainable development, and climate change.

We have reached a point in history where a positive contribution from China can substantially improve our chances of addressing the most pressing problems. This Administration is committed to encouraging major and emerging global powers – including China – to join with our traditional friends and allies as partners in tackling the global agenda. If I am confirmed, one of my key missions will be to expand and reinforce China’s support of our efforts to achieve solutions to the vexing problems that we all face, including proliferation of advanced weapons, terrorism, economic instability, and climate change.

One of our highest priorities is repairing the global economy. The United States and China have both enacted bold fiscal stimulus plans. In April, President Obama and Chinese President Hu Jintao agreed on the need to reform and strengthen the global financial system and resist protectionism. It is critical that our two countries maintain robust and close economic and financial coordination at this critical time for the health of the world economy.

A positive and cooperative U.S.-China relationship speaks to the need for a stronger global community committed to security, peace and prosperity. China’s regional influence – politically, economically and diplomatically – continues to grow, and one of the key objectives of our engagement with China is to maintain peace and stability in Northeast Asia. In recent years, senior Chinese officials have demonstrated an unprecedented and – frankly – unexpected, degree of constructive leadership in regional affairs by chairing the Six-Party Talks and working closely with the United States in the United Nations Security Council to respond to North

- 3 -
Korea’s provocations. As we all know, achieving a denuclearized Korean Peninsula is going to require some complicated and delicate bilateral and multilateral diplomacy. We need to continue working closely with China to convince North Korea to abandon its nuclear weapons program, which remains the most acute challenge to peace and stability in Northeast Asia, including through cooperating on the full implementation of United Nations Security Council Resolutions 1718 and 1874.

Likewise, we encourage China to develop constructive relations with its regional neighbors, including our allies Japan, South Korea and Australia, as well as our partners in ASEAN. We believe such relations can be a positive force in promoting and maintaining regional stability and prosperity, and should not be seen as a threat to U.S. interests or relationships in the region.

We hope to work increasingly in tandem with China on other issues in which we share a common interest. Some examples would include advancing global counterterrorism efforts, pursuing arms control, stemming the spread of weapons of mass destruction and their delivery systems, and combating extremism and promoting stability in Afghanistan and Pakistan. Iran’s pursuit of a nuclear weapons capability continues to be a matter of international concern, and China’s assistance will be important to achieving our objective of a stable and secure Middle East.

As its global economic and political influence grows, China can and should play an increasingly constructive international role. We would like to see China work with us to address governance and development concerns in places like Sudan, Burma, and Zimbabwe. If confirmed, I will use every opportunity to encourage China to become a constructive actor by fostering positive change among unaccountable and repressive regimes.

On the margins of the April 2009 G-20 Summit, President Obama and President Hu affirmed their commitment to work for the continued improvement and development of U.S.-China military-to-military relations, which have lagged behind other dimensions of our relationship. In military affairs we have and will continue to develop areas of common interests, although undoubtedly there will also remain areas where our interests diverge. The challenge before us is to maximize the space for cooperation in pursuit of common interests, while working to narrow our differences and prevent misunderstandings or accidents that could lead to confrontation. As China continues to modernize its military, there are numerous opportunities for China to demonstrate its role as a constructive actor in

- 4 -
upholding international stability. For example, adopting an open and transparent approach to its activities will help ease concerns that others may harbor about China’s strategic intent, and will assist in developing the trust and understanding that can lead to greater levels of cooperation. If confirmed, I will work closely with the Defense Department and the representatives of our military services to improve the military-to-military relationship and build a framework for increased strategic trust between our two militaries.

We have entered an era in which all nations are called upon to work together to address the urgent problem of global climate change. The United States and China should be part of the solution, and collaboration on clean energy and greater energy efficiency offer a real opportunity to deepen the overall U.S.-China relationship. U.S. agencies have been encouraging their counterparts in China to expand cooperation on clean energy and other emission-reducing activities and to advance the international climate change negotiations. As Utah’s Governor, I have been deeply involved in exploring clean energy options for the Western States. During my chairmanship of the Western Governors Association, we focused specifically on the global nature of climate change, working directly with China and other major carbon emitters on this critical issue. If confirmed, I will continue my personal interest in working with China to identify and take action in areas that are mutually beneficial and which promote low-carbon economic growth in ways that are consistent with our trade and investment policies.

I have highlighted some of the areas where the United States and China cooperate and agree. Of course, there are areas where we have differences, including Taiwan, human rights, Tibet, and other areas. Secretary Clinton has emphasized that the promotion of human rights is an essential element of American global foreign policy, and if confirmed, I look forward to robust engagement with China on human rights. In addition to expressing candidly our concerns regarding individual cases, it will be my objective to find new and constructive ways to support the efforts of Chinese citizens to strengthen civil society and rule of law in their own country. I believe that much can be achieved through dynamic public diplomacy, people-to-people exchanges, and other programs designed to assist China to implement the rule of law, support the development of civil society, promote religious freedom, and improve policies to protect the unique languages, cultures and religions of China’s ethnic minorities. Thank you to those on the Committee who have championed these causes. If confirmed, I look forward to working with you on these shared goals in the coming months and years.

- 5 -
Having spent time living on Taiwan, I feel personally invested in the peaceful resolution of cross-Strait differences in a way that respects the wishes of the people in both Taiwan and the Mainland. I believe the “one China” policy, based on the Three Joint Communiqués and the Taiwan Relations Act, supports this objective, and I have been encouraged by the recent relaxing of cross-Strait tensions.

Mr. Chairman and Members of the Committee, I have known some of you for many years, and I have met some of you for the first time during this process. As I seek your support for my nomination, I am humbled by the great breadth of your collective experience in and understanding of Asia and China, and of course, of foreign affairs in general. You are well aware that your constituencies – indeed each and every one of your individual constituents – are increasingly affected by China in myriad, and sometimes unexpected, ways. If confirmed, I commit to working closely with you and your staffs through regular consultation. I will do my utmost to keep you informed and address your concerns promptly. I will look forward to the privilege of hosting each of you and your staffs in Beijing and at our constituent posts throughout China.

I am honored to have been selected by President Obama as his candidate to represent the United States and American values in China. If confirmed, I will do all in my power to promote U.S. interests faithfully while working to further strengthen our ties with this complex and important country.

Mr. Chairman and Members of the Committee, thank you for this opportunity to address you. I welcome your questions and comments

For a copy of the testimony please click [HERE]