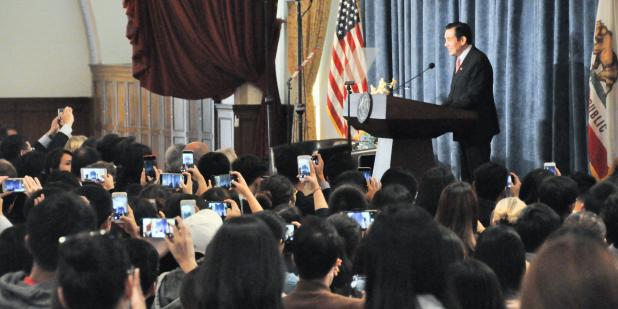 For background on Ma Ying-jeou 馬英九  , please go to: http://china.usc.edu/ma-ying-jeou-visits-usc. 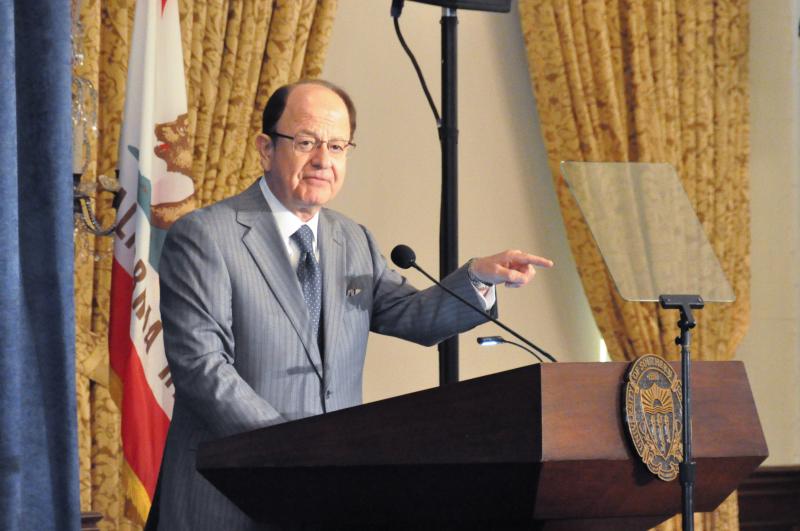 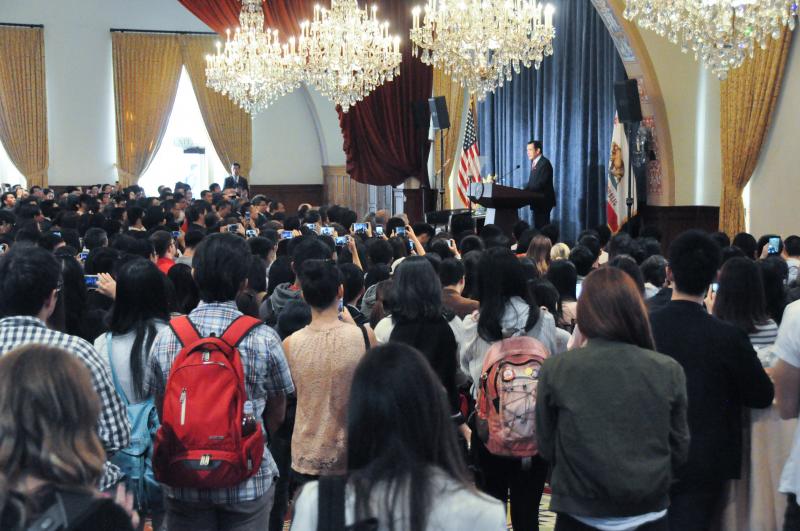 An overflow crowd attended former President Ma Ying-jeou's public talk. Many sought to capture the event on their phones. 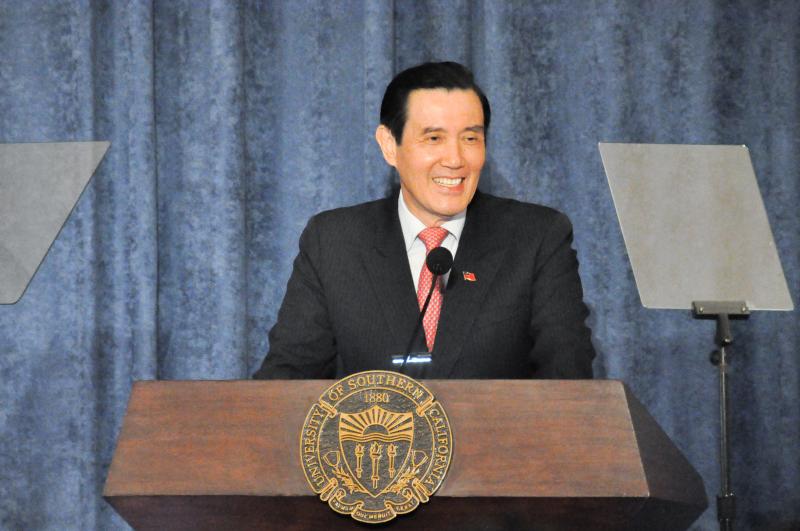 Former President Ma Ying-jeou discussed Taiwan's current economic situation and focused on its relationship with mainland China, Japan, and the United States. A light-hearted moment came when Ma asked the audience to name the one party which wasn't happy that Taiwan and Japan had reached an agreement on managing the fisheries near the Diaoyu/Senkaku islands, the sovereignty over which is much disputed. No one successfully guess and all laughed when Ma said, "No, it was the fish." He noted that as a result of the 2013 agreement the fish catch has gone up. 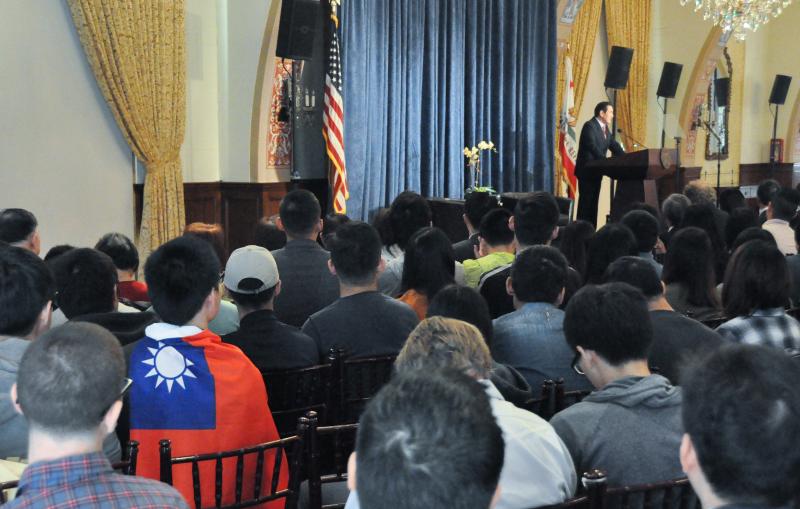 One of those attending the talk came draped in the Taiwanese flag. 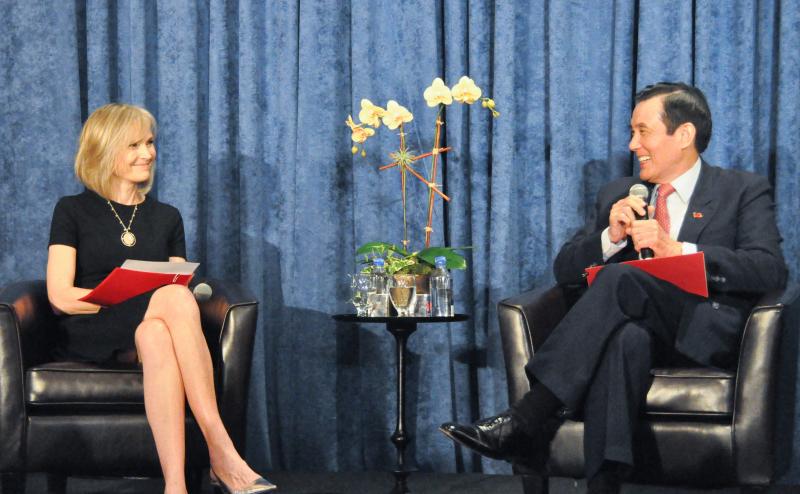 USC Annenberg Dean Willow Bay interviewed Ma and then moderated as the former president took questions from students and others in the audience. 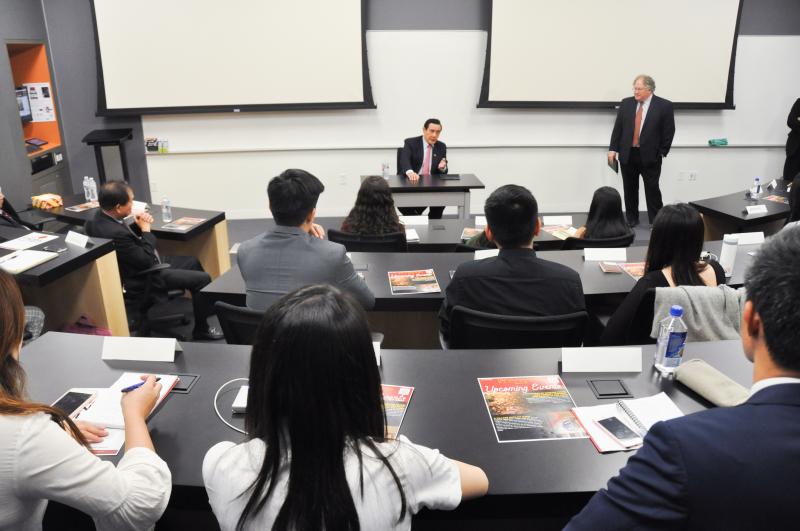 Later in the day, at a private session organized by the USC U.S.-China Institute, Ma Ying-jeou responded to a wide range of questions from undergraduate and graduate students drawn from across the USC campus. 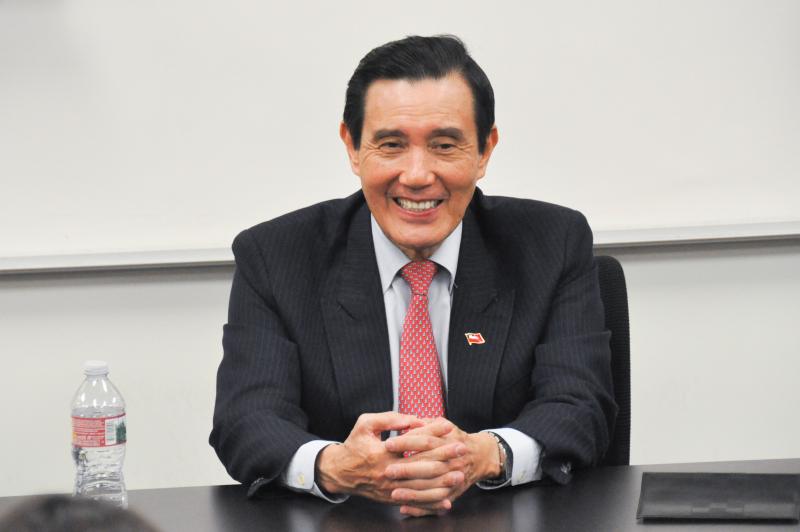 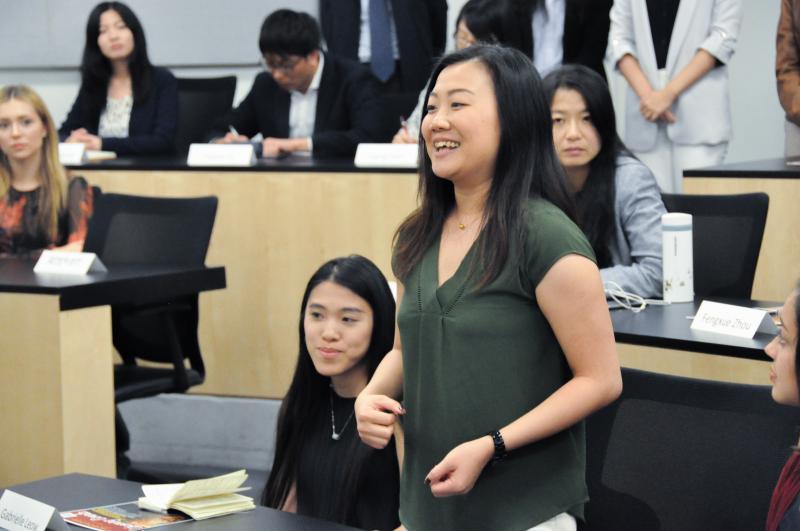