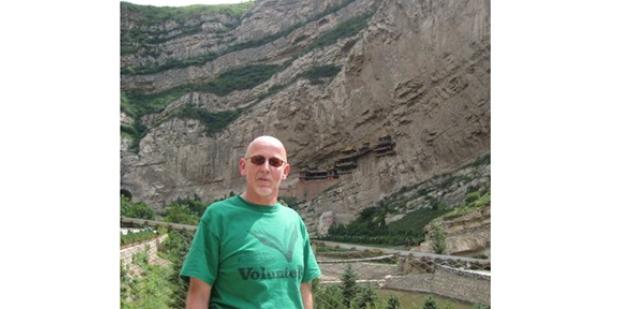 Raymond Moser is an expert on Japanese history and the experiences of East Asian women. He received a Candidate of Philosophy degree in Japanese History and an M.A. in History from UCLA in 1995 and 1993, and a B.A. in East Asian Studies from California State University, Dominguez Hills in 1984. Raymond has studied, taught and worked extensively in Japan - he was a student in the Japanese program at the Waseda University Institute of Foreign Languages from 1981 to 1985, an English teacher and administrator at various Tokyo institutions from 1981 to 1987, and a broker, equities analyst and interpreter for Dainana Securities Co., Ltd. in Tokyo from 1987-1990.

At UCLA, Raymond pursued studies in Japanese history with some of the most eminent scholars in the field, including Fred Notehelfer and Miriam Silverberg.  Raymond distinguished himself with meticulous research, examining the experiences not just of rich, literate urban women, but also that of the rural and poor. Such work was made possible partly by Raymond's remarkable Japanese language skills.  In addition to living and working in Japan for over a decade, Raymond's spouse is a woman from Taiwan whom he met in Japan. Japanese being the language of their parents, their two children grew up speaking it as their native tongue. Raymond's eldest son has been living and working in Japan for the past three years.

In addition to his in-country experience and academic expertise, Raymond is unique among our presenters in being a middle school teacher, presenting medieval history to students at Dodson Gifted/High Achieving Magnet since 2000. A demanding and innovative instructor, Raymond draws from his extensive teaching record, with appointments at Asahi Gakuen High School, UCLA, California State University, Long Beach, the Torrance Unified School District, and California State University, Dominguez Hills.