International filmmakers and developers interested in partnering with China on business ventures, such as constructing theme parks or filming movies, are advised to have a deep understanding of the Chinese culture, panelists said during a recent “UCLA-USC Media and Culture in Contemporary China” conference.
February 29, 2012
Print 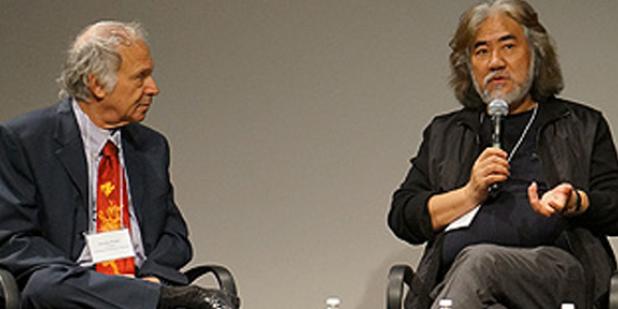 Otherwise, concepts that may work in the United States will fail in China, explained panelists during the conference sponsored by the UCLA-USC Joint East Asian Studies Center housed at the USC Dornsife College of Letters, Arts and Sciences.

“We can’t plunk down what may have worked in another place and expect it to work in China,” executive vice president for Walt Disney Imagineering Bob Weis told the audience.

“You must approach China with humility. Our goal is to continue to bring Disney to China in a very sensitive and compatible way.”

Amusement parks based on westernized themes, such as Hong Kong Disneyland, are common in China. However, everything from what Donald Duck and Goofy wear to whether the Pirates of the Caribbean should become an attraction must be considered when attempting to create a successful park.

This is exactly what Disney had to do in order to break ground on its sixth theme park in Shanghai’s Pudong area, Weis noted.

Two-day sessions held on USC’s University Park campus and UCLA on Oct. 21 and Oct. 22 explored the globalization of the Chinese entertainment industry. Panelists discussed film and television’s impact on public perception and culture in China, as well as the state of the film and television industry in contemporary China.

The issues of sensitivity and careful integration of westernized stories and storytelling styles in China were debated. Hollywood is vested in collaborations with the East, but partnerships are hindered by Chinese government censorship, unfamiliarity of the Chinese audiences’ tastes and with China’s relationship-oriented business style, which is based on mutual respect between companies working together.

Beginning more than a decade ago, Weis became familiar with Chinese business practices when Walt Disney Imagineering initiated talks with China that eventually led to the debut of the Shanghai Disney Resort in 2011.

The appeal of Disney’s popular cartoon characters – a mouse with white gloves and red shorts and his girlfriend, a mouse with a polka-dot dress and matching bow – have established the figures as icons in countries around the world. When the company decided to bring the same characters and stories to Shanghai, Disney officials knew adjustments were required in order to position the park for continued success with the Chinese population.

Research and focus groups were held to determine which Disney stories resonated most with the population.

Chinese-born producer and director Zhang Jizhong, a keynote speaker and panelist during the conference, said he plans to create a Disneyland-like iconic theme park, but his main character will be based on a figure ingrained in Chinese culture: the Monkey King.

Beginning with “Journey to the West,” a story written by Wu Cheng’en, the figure has played a prominent role in Chinese literature and culture for more than 400 years. The Monkey King is a supernatural being whose ability to transform into 72 different objects ranging from a tree to a mosquito gives him the power to destroy his enemies.

Zhang also is in discussion with a Hollywood studio about producing films based on the Monkey King, which would be a Lord of the Rings-type trilogy with an estimated budget of $100 million a film.

“Purveyors of popular entertainment in film and TV, such as Zhang Jizhong, have a strong impact within China in terms of shaping Chinese audiences’ understanding of their own past and culture,” said UCLA history professor Andrea Goldman, a conference organizer. “Zhang is representative of this new phenomenon of Chinese producer/directors eyeing a global market for their work.”

Zhang was among several film industry leaders at the conference who discussed opportunities for American ventures in China and vice versa. International developers and producers have had their eyes on China since the country experienced an economic boom in the 1990s and its population began wanting to spend more on leisurely activities, such as films and theme parks.

“I was really moved by Walt Disney. He created a big part of American culture,” Zhang said. “I really want to learn from his success and maybe become someone like him.”

Stanley Rosen, professor of political science at USC Dornsife who helped plan the conference, believes Zhang is the ideal person to address the state of media and the market in China.

“Zhang Jizhong has never lost money, has been very good in terms of box office and TV share of profits and has gotten very good critical reviews,” said Rosen, whose key research areas include China’s development, politics in the People’s Republic of China and Chinese film. “He is one of those rare people who are bankable and critically respected.”

Zhang explained that his Monkey King theme park would be the first of its kind in a country where amusement parks are based on foreign concepts, such as the Happy Valley franchise that offers thrill rides similar to Magic Mountain. Although Zhang’s park would focus on characters steeped in Chinese culture, he also plans to draw from the Disney-like film production sets he built in China. His 11 “movie cities” were used for his films and have become tourist attractions.

“I hope to one day partner the Monkey King theme park with the Disney theme park in Shanghai,” he said.

In the discussion of the state of the film and television industry in China, panelists stressed the importance of students investing time to understand Chinese culture before they travel to the world’s most populous nation with more than 1.3 billion citizens. But conversely, Chinese filmmakers must also familiarize themselves with the American market.

Panelist Janet Yang, president of the Manifest Film Co., was sought out by Disney Studios in 2009 to produce its High School Musical for Chinese audiences, the first time that a successful global franchise was tailor-made for the rapidly expanding Chinese marketplace. She said that if American filmmakers want to bring hit movies to China and vice versa, these producers and directors must find content that appeals to both audiences.

“The Chinese have an oral tradition,” Yang said, “so the idea of a very well-structured three-part script is not something that comes naturally to them. But they still could respond to a structured script the same way as audiences around the world.”

Panelists reiterated that students who are considering the pursuit of business in China need to familiarize themselves with Chinese business practices and culture.

“It is important to do your homework,” Shiao said. “You have to be as current and as pragmatic as you can. You have to change your mindset a little bit.”