McCain and China: Part 7 of Election ’08 and the Challenge of China

In Los Angeles and elsewhere, John McCain has noted that China and the United States have shared interests, but not shared values. This suggests room for cooperation, but also the likelihood of conflict in some areas. In segment seven of Election '08 and the Challenge of China, the focus is on McCain and China. 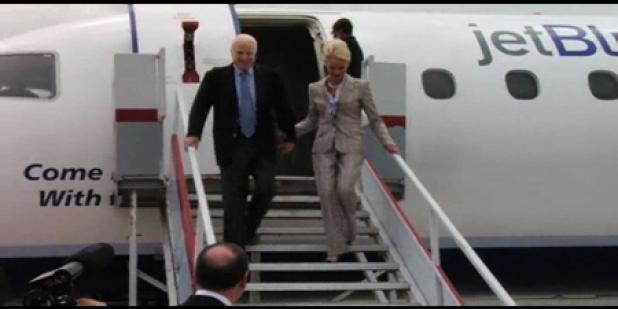 "Dealing with a rising China will be a central challenge for the next American president. Recent prosperity in China has brought more people out of poverty faster than during any other time in human history. China's newfound power implies responsibilities....

"China and the United States are not destined to be adversaries. We have numerous overlapping interests. U.S.-Chinese relations can benefit both countries and, in turn, the Asia-Pacific region and the world. But until China moves toward political liberalization, our relationship will be based on periodically shared interests rather than the bedrock of shared values."
John McCain, writing in Foreign Affairs, Nov./Dec. 2007

Senator John McCain has long been a free trade advocate. This segment includes McCain speaking on China in Los Angeles and interviews with his principal advisors on China policy.

Click here to go to Obama and China, part 8 of Election '08 and the Challenge of China.