Lal, Understanding China and India: Security Implications for the United States and the World, 2006

This review was originally published by AsiaMedia on October 26, 2007. Republished by permission

One of the pitfalls in the making of United States foreign policy is that often too little weight is accorded to the concerns of other countries. It 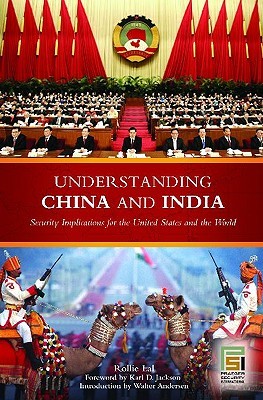 is important to understand why countries do what they do -- and what is important to them -- to avoid ineffective policy or, worse still, policy blunders. Only by understanding another country's point of view -- its beliefs, values, desires, fears and dissatisfactions -- can a strong foundation for policy be established.

Understanding China and India: Security Implications for the United States and the World goes a long way toward illuminating the views of policymakers and other elites in the world's two most populous countries. A major focus of the book is in explaining why China and India are modernizing their militaries and have undertaken economic reform. According to author Rollie Lal, a political scientist at RAND Corporation, China is primarily concerned with protecting the unity of the state and its territorial sovereignty against separatist threats while India is more focused on asserting its political and economic sovereignty in the international sphere.

"U.S policy makers should note that territorial sovereignty over Taiwan is more important to many Chinese than continued economic development and that internal political considerations are crucial to the Chinese leadership. With regard to India, finding cooperative solutions through international organizations that incorporate India's concerns may be the most effective policy toward India in the long term."

Lal's work is one of the latest in a series of books and reports that have come out over the past few years that have treated China and India together. These works have dealt with a variety of issues such as relations between the two countries, political and economic development, formulas for success, diplomacy and military strategy, sustainable growth and environmental impact of current development models. (Among them are Asia's Giants: Comparing China and India, edited by Edward Friedman and Bruce Gilley, China and India: Towards Global Economic Supremacy? by Rita Dulci Rahman and Jose Miguel Andreu and Protracted Contest: Sino-Indian Rivalry in the Twentieth Century by John W. Garver.) Though many of the analyses endeavor to show how the two countries are different from one another, pairing the two countries is understandable given that both are shedding socialist ideologies, or some variant of them, in favor of market reforms, and both are seen as economic and/or military competitors to the United States.

One of Lal's main goals is to understand how national interests are formed in the two countries. Her analysis is structured around four variables -- globalization, national identity, sovereignty and political institutions. Her findings are that elites in China regard defense modernization and economic reform as necessary to promoting national unity, China's primary interest; to stopping separatist threats, not only from Taiwan but also from Tibet and Xinjiang; and also to maintaining the legitimacy of the Chinese Communist Party, which derives its support now more from performance criteria than charismatic leadership. In the case of India, which has a democratic and federalist political system and may be better able to accommodate divergent political views, a separatist threat in Kashmir notwithstanding, elites are more concerned about how globalization could erode the sovereignty of the state -- not in terms of territorial integrity but in terms of decision-making on matters such as trade and labor standards. Defense modernization and economic reform are seen as helping increase comprehensive national strength and allowing India to better fare in the international rule-making process and to fend against military threats.

One factor that Lal does not mention in her discussion of national interest formation is how participation in international institutions can socialize countries to accept new values and norms. There is a large literature on this which emphasizes that interests, or preferences, are not fixed but rather amenable to change, developing, in part, through interactions with others. Her interviewees may have told her that the unity of the state is most important in the case of China -- and this does seem to be the case with insurgent threats and growing social protests -- but other interests seem to be highly important as well, such as a peaceful international environment -- a necessary precondition for China's economic modernization -- which China's leaders are always stressing.

Another issue concerns Lal's methodology. In focusing exclusively on elite opinion -- the opinion of scholars, journalists and government or party officials -- she leaves out a broad swath of people in China and India. In the case of China, for example, it appears that no consideration is given to the views of farmers or migrant laborers, an omission that may be problematic if the agents of change are other than, or in addition to the elite. A more inclusive sampling of opinion might end up with a somewhat different conception of the national interest. Even among the elite, it is not clear how many people, or what percentage of them, have answered a question in a certain way as no statistical breakdowns or coding of answers are given.

These problems aside, Lal has written an important book that deserves careful consideration by those concerned with U.S. relations with China and India. While many of her findings may not surprise, Lal's survey of elite opinion provides an important reminder of what makes policymakers and others in China and India tick. Understanding another's point of view will not necessarily resolve fundamental conflicts in interests, but it can provide the starting point for accommodation of differences and help avoid misperceptions. At the very least, it seems preferable to basing judgments on reference to factors such as capabilities or geographical size which, considered apart from national interests and priorities, is a crude predictor of state behavior.