Aynne Kokas's book was reviewed for the History of Diplomacy discussion list by Ying Zhu.

Combining policy analysis, ethnographic research, and interviews done in China and the United States, Hollywood Made in China offers a close look at China's growing presence in global media industries and explores the ramifications of China's expanding film market on Hollywood. Sino-Hollywood collaborations and their impact on Hollywood productions have been on the radar of policymakers and the media in the United States in recent years. Both groups have expressed growing concerns about perceived Hollywood capitulations to China's content restrictions. As I noted in the Los Angeles Times, Hollywood and China have a mutual relationship: US studios need to cater to the massive Chinese market, and Chinese filmmakers rely on American expertise and talent.[1] The relationship, however, is sometimes bumpy. Hollywood in recent years has been in the hot seat, enduring both interference from the Chinese censors, and media and political backlash at home in the US. Hollywood is forced to toe a delicate line--Tinseltown must manage accusations of kowtowing to China to maximize the bottom line, and acknowledge the reality that to maximize overseas distribution, films must be rendered free from international offense. The more expensive the movie, the more scrupulous the studios must be to avoid any potential overseas hazards. 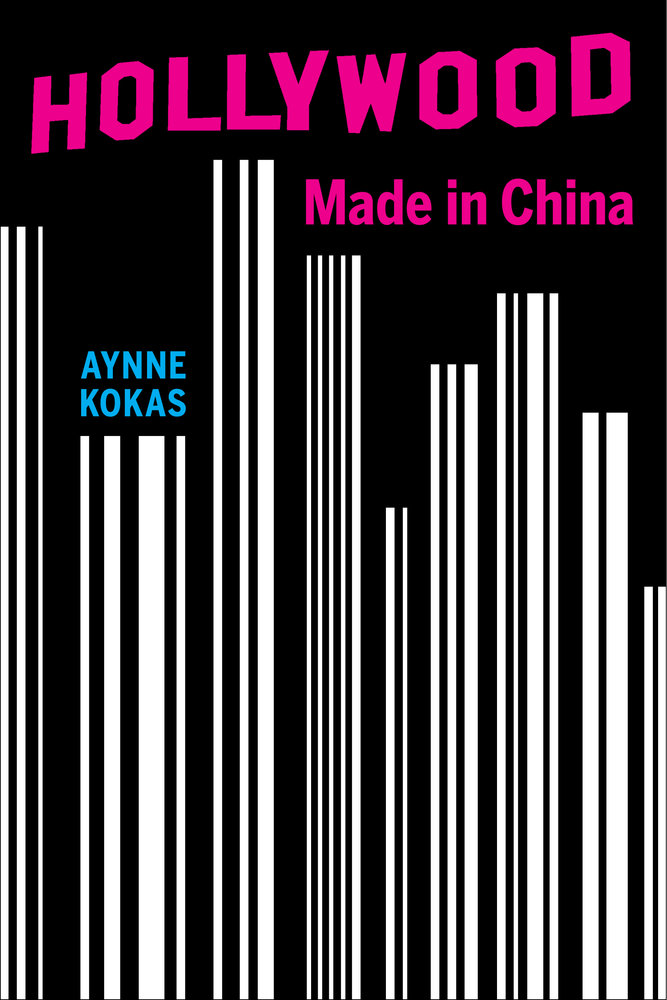 Hollywood Made in China attempts to pick apart these recent trends in the ongoing collaborations between Hollywood and the Chinese media industry. Timely and informative, the book is divided into six chapters, organized albeit more by the availability of interview data and the convenience of case studies that support the book's main argument than by a singular unifying theoretical framework. Chapter 1, "Policy and Superheroes: China and Hollywood in Sino-US Relations"

examines, in broad strokes, the role of media, technology, and trade policy in the evolving Sino-US media landscape. This first chapter provides a helpful bird's-eye view on how technology and trade policy impact media collaboration, but the author's binary assertion of tension in China between the need to expand the film market and the pressure to protect the national screen industry fails to take into account the bottom-up patriotic impulses of China's individual media gatekeepers and film practitioners, who are frequent allies with the central government in a shared effort to safeguard China's film market. The chapter is at times repetitive (pp. 28, 31, 38) in its iteration of a set of factors that shape the contours of US and Chinese mediascapes and collaborations. The author comments on the complex nature of policy and related soft power and cultural sovereignty issues in the Sino-US relations on a number of occasions, but much of the complexity is left unelaborated (on p. 39, for instance).

The fourth chapter, "Whispers in the Gallery: How Industry Forums Build Sino-US Media Collaboration," analyzes the role of production forums in determining the norms of Sino-US media collaboration. The proliferation of Sino-Hollywood film forums is a recent phenomenon and the chapter offers a valuable assessment of the functions of such forums. Chapter 5, "Compradors: How Above-the-Line Workers Brand Sino-US Film Production," examines the role of above-the-line cultural intermediaries in promoting both the China and Hollywood brands. The choice of Ang Lee's film _Lust, Caution_ (2007) is interesting but odd in a book that focuses overall on blockbuster film practice. _Lust, Caution_ is by no means mainstream commercial fare and the chapter's argument would be better served if it were focused on a case study of a film of blockbuster scale. The author's use of the word "comprador" further complicates the matter, as it unfortunately has a negative connotation, and is more often than not associated with "traitor" in a China that is hypersensitive to succumbing to Western power. The cultural brokers the chapter seeks to identify would not be amused to be associated with the term "comprador." The chapter discusses extensively the role of US cultural brokers in the making of _Lust, Caution_, but fails to factor in key Chinese cultural intermediaries such as the operatives at the film's Hong Kong-based Chinese co-producer and distributor, Sil-Metropol, who had more direct involvement in overseeing the nuts and bolts of the actual film production than the former head of China Film Co-production Company, Zhang Xun, whose role the chapter repeatedly highlights. Chapter 6, "Farm Labor, Film Labor: How Below-the-Line Workers Shape Sino-US Film Production," is by far the best chapter, with witty writing and valuable insights that examine how interactions from below-the-line workers complicate the final shape of Sino-US collaboration.

Hollywood Made in China offers a useful overview of the scale, scope, and ramifications of the Sino-US media collaboration, a much-covered topic by the press in the past several years. An expanded bibliography with the inclusion of some of the well-established writings on Hollywood and Chinese cinema, as well as recent press and media coverage of the topic from both countries would help direct readers to the vast amount of information available on the Sino-Hollywood relationship. As it tackles China's media industry from a dual international and public relations perspective, with "branding" and "policy" as two of the key terms in its media industry-anchored analytic framework, the book regrettably pays scant attention to actual texts or contents of film, or the art of storytelling that is at the heart of what makes and breaks a film.

Hollywood can't be made or replicated in China while political and financial calculations constantly overshadow the telling of compelling stories of real emotional appeal. Political and market censorship only partially account for the failure of creative imagination. Hollywood has long modified, obfuscated, and even eliminated elements that it deemed inappropriate in an effort to appease worldwide audiences of vastly different cultural, religious, and political persuasions. Its recent China cooptation simply follows an old playbook, and does not necessary lead to a Hollywood made in China. A blockbuster made by Hollywood for China is certainly on the horizon, but the US film industry makes more than blockbuster films.

It also produces A-class quality films of genuine human touch as well as vibrant and non-confirmative independent films. A Hollywood that is diverse and creative is hard to replicate in China without due attention to the basics of storytelling. Content should be part of the link to our understanding of a Sino-Hollywood courtship.