Multiplicity at the Heart of Asia: "Chinese Turkestan" in Broad Historical Perspective

There are precious few well-written and well-researched books on Central Asia/Eurasia on any topic or period, especially for a 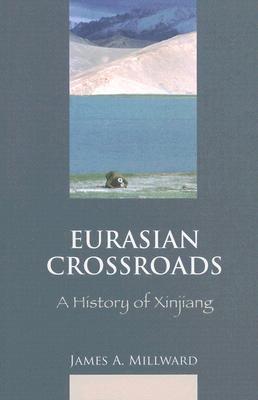 non-specialist readership.  This magnificent survey history of an important heartland in the region adds a greatly needed volume to this sparse literature.

Covering the complex politics, economies, ecologies, demographies, cultures, languages, ideas, and religions of the territory now called Xinjiang in northwest China from the earliest archaeological record to 2006 (with half of the book on the twentieth century), this work is engagingly written for a wide range of scholars, students, policy makers, and general readers.  This is the land that has interacted with Chinese, Russian, Mongol, Arab, Turkic, and Tibetan empires; it sat astride trade route networks that ultimately connected Europe, Persia, India, Russia, and China (commonly but misleadingly called "The Silk Road."   These are inhabitants who hailed from various genetic origins undergoing centuries of hybridization; spoke Indo-European, Turkic, Mongolian, and Sinic languages and dialects; and worshiped as Buddhists, Zoroastrians, "Shamanists," "Nestorian" Christians, and Muslims (including of various Sufi orders).

Even though the book focuses on Xinjiang, it could usefully serve as a non-specialist's entree to Central Eurasian history in general, because it is written better than most others (including S. Soucek's broader but drier historical survey) in the following ways.[1]  Despite the long time span and broad topical purview, Millward maintains his account's forward momentum throughout, balancing intriguing detail with a persistent eye toward the greater significance of a given fact or event for the longue duree of Inner Asian history or, at times, for world history.

He identifies several overarching themes spanning his millennium-and-half survey, to which he returns explicitly throughout the text.  One theme is Xinjiang's "cultural and political multiplicity" as a "conduit and melting pot for the transfer of arts, technologies, ideologies, and trade items across Eurasia," and its "quality of overlap rather than exclusivity" (p. xii).  On the last point, the author is explicitly writing against recent Uyghur separatist historiographies that define the region as intrinsically Uyghur since ancient times, and equally against PRC histories that narrate Xinjiang as always Chinese.  Rather, he carefully builds a nuanced account of the shifting meanings of identifying labels (to the extent possible given available sources), correcting anachronisms, especially of projecting modern (specifically Stalinist) notions of ethnicity or nationality onto premodern peoples and polities.

Another overarching theme is the significance of physical geography and ecology, particularly regarding water access, on the society and politics of the region.  The author notes the tendency for pastoral nomads of Xinjiang's north to control and tax the agricultural oases of the south, though he is careful to point out the specificities of individual periods when he treats them, so that history never exactly repeats itself. Millward has a knack for insightfully capturing entire trends in concrete phenomena; for example, he shows how multiple changes in writing systems for the Uyghur language under the People's Republic of China (PRC) can be seen as indexing the tempo of socio-political changes and Sino-Soviet relations experienced by Uyghurs after 1949 (pp. 235-37).  As an historian working at Georgetown University, he is aware of the historical constitution of the present, without being presentist.  In the earlier chapters covering earlier time periods, he occasionally injects a comment on how the given subject matter sheds light on how and when a current state of affairs came to be.  The Chinese Qing dynasty built its fortified administration centers away from old Muslim towns, for example, which explains the city plan of Kashgar today (p. 112).  In the later chapters on the twentieth century, likewise, he helpfully recaps relevant material covered previously to provide historical depth to a subject.  In understanding why the Chinese government harbored suspicions regarding Western concern about Uyghur separatism during the 1990s, for example, Millward suggests that incidents like the CIA's past hand in instigating Kazaks to armed resistance against the Chinese Communist takeover in 1949 may have contributed (p. 335).

The book has a straight-forward chronological organization.  The first three chapters cover the earliest times to the nineteenth century.  The nineth-sixteenth centuries witnessed a rapid succession of nomadic ruling powers based outside and within Xinjiang, most notably the empire of Chinggis Khan and his troubled successors from the thirteenth century onward, that left the region's population speaking Turko-Mongolian languages more than before.  The conversion of the Qarakhanids to Islam at the end of the tenth century marked the first Turkic dynasty in the Islamic world, which later led to the region's sedentary and nomadic populations becoming almost entirely Muslim.  The Qarakhanids are the subject of scholarly dispute today because they pose problems for both Uyghur nationalists and PRC official histories.  Modern Uyghurs get their religion from the Qarakhanids, their name from the nomadic khaghanate which espoused Manichaeanism and opposed Islam, and their genetic constitution from Turko-Mongol and Persianate hybridizations, so that "one cannot construct a neat unilinear narrative of Uyghur history" (p. 53).  The same applies to Soviet Central Asian nationalities, though one would never suspect this from reading most of the existing literature about the Soviet side, and the example of Millward's book cries out for sound and accessible scholarship treating Uzbeks, Tajiks, Kazakhs, etc., with a similar diachronic regional, and non-essentialist framework.

A perennial question regarding China's relation to this region, starting from the mid-18th century when the Qing ended centuries of indirect influence by conquering Xinjiang outright, is why Beijing should invest in and settle this borderland.  After various Chinese governors in the early twentieth century tacked between allowing more local autonomy and tolerating Turkic Muslim culture on one hand, and forcing central rule and assimilation to Han Chinese culture on the other--always in the shadow of Russian or Soviet economic and intellectual influences from next door--the PRC finally embarked by the 1990s on a massive command-driven economic development effort for the region, ironically when market liberalization has had such great success elsewhere in China.  Millward concludes with a picture of Xinjiang more securely a part of China than ever, especially with the end of rival Soviet meddling, yet also more globally connected than ever, with international media awareness of internet-mediated Uyghur dissent and its supposed significance in the post-September 11 "global war on terror."

Perhaps a reader is left with a desire for more historical or other modes of analysis in this book, because Millward opens up so many intriguing issues in his exposition that he does not thrash out thoroughly.  Given the survey genre and vast material he has to cover, however, he actually does choose occasions to pause and consider possible explanations or connections, achieving a balance of depth and forward propulsion in his narrative.  As a China specialist, his primary sources are mostly in Chinese with some in Turkic languages; his extensive secondary source bibliography, mostly in English, spans many academic disciplines.  His last chapter also makes effective use of his own experiences (and apt photographs taken by himself) in mini-ethnographic vignettes.

This is a masterful and insightful piece of integrative scholarship, unique in the literature in its scope and execution, and a pleasure to read.  It would serve as an excellent text for undergraduate courses on the history of Asia or China (in excerpted form), China today (especially, the final chapter, "Between China and the World [1990s-2000s]", or on Inner/Central Asia (in full), as well as for graduate courses on those subjects as a starting text and reference.