There is little question that the rise of India and the People's Republic of China (PRC) will help shape not merely the region but very possibly the contours of the global order in the twenty-first century. Both states, to borrow a phrase from Karl Marx, have "woken from the sleep of ages" and are now becoming important actors in global politics. Obviously, China's significance in the global arena is already much greater than that of India, given the country's stellar growth rates, its clear sense of diplomatic purpose, and its burgeoning military capabilities.

As both states vie for influence in Asia and beyond, their bilateral relationship remains fraught. It is laden with the onus of a 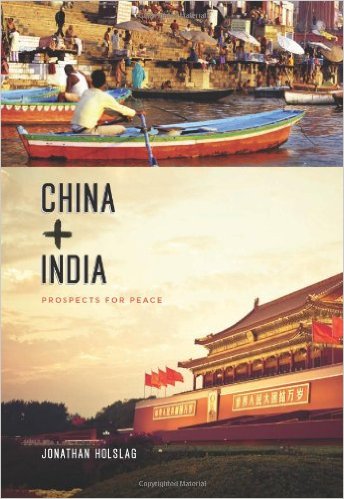 long-standing and seemingly irresolvable border dispute, with different conceptions of regional and global order, and with
competition for scarce resources on a global basis. Consequently, both scholars and policymakers alike have a compelling interest in understanding the forces that are driving this relationship and are likely to shape its future.

Curiously, despite the obvious importance of the subject, there is an acute paucity of dispassionate scholarship about it. The last single-authored work of any significance remains John Garver's Protracted Conflict: Sino-Indian Rivalry in the Twentieth Century (2001). Few academic specialists of contemporary politics of the PRC whether in the United States or Western Europe have paid much heed to the Sino-Indian relationship. In considerable part, their neglect of the Sino-Indian relationship stems from their belief, until quite recently, that it was not of any great political, economic, or strategic significance. Only in the wake of India's nascent economic, strategic, and diplomatic clout have they accorded it some attention.

Even more puzzling is the absence of serious and careful Indian scholarship. India has a very small community of scholars conversant with developments in contemporary China. Unfortunately, none have chosen to examine this fraught and important bilateral relationship in a book-length form. While the PRC has a growing number of academics who work on India, their analyses are tinged with nationalist sentiments and political considerations. More to the point, few of them write in English.

Jonathan Holslag's book, China and India, is a useful but limited contribution to this small genre of literature on contemporary Sino-Indian relations. The principal strength of his book is that he covers the historical, diplomatic, economic, and strategic dimensions of that relationship. The limitations of the work are equally obvious. At a structural level, he sets up a dubious parallelism between political developments in China and India, some of his interpretations of Indian politics are questionable, and on occasion he dismisses Indian security concerns. Finally, the work could have benefited from the services of an able copyeditor. The book is riddled with infelicities of expression and a number of howlers.

The central thesis of the work is sound: namely, that there is considerable likelihood of conflict between these two rising powers despite growing economic ties. It is to Holslag's credit that he correctly underscores that the economic interdependence between the two states is highly asymmetric and, for the most part, favors the PRC. He also does not fall prey to the facile belief that expanding economic ties alone will serve as a solvent for deep-seated differences on vexed questions, such as the border dispute.

The book also utilizes some well-established propositions from international relations theory. To that end, Holslag shows how the security dilemma--the workings of reciprocal fears of states in an anarchic international system lead them to acquire military capabilities to fend off possible threats and thereby lock themselves into spirals of hostility. There is little question that the Sino-Indian security relationship has seen elements of a security dilemma and Holslag adduces suitable evidence to that end.

Despite these obvious strengths, the book has a number of notable shortcomings. For reasons that are not entirely apparent, he attempts to draw a false parallel between China's and India's economic and industrial development strategies and their subsequent attempts at economic liberalization. Any informed observer would be aware that such an attempt is at best questionable and at worst deeply flawed. The leadership of the Indian state in the 1960s, for all their errors, never pursued anything resembling the psychotic policies of Chairman Mao as evinced during the Great Leap Forward. Mao's bizarre policies led to the collapse of China's agriculture and contributed to the deaths of at least twenty million, if not more, of the country's hapless citizenry.

Also, Holslag's grasp of Indian domestic politics is, on occasion, quite shallow. He trots out the predictable bromides about the significance of domestic politics to explain the Bharatiya Janata Party-led National Democratic Alliance government's decision to test nuclear weapons and also to explain its aftermath. More to the point, he makes the utterly untenable assertion that India's 1974 nuclear test was a fizzle. This is not his only and obvious error. In a later chapter, he hints that India has been forced to move Indian Army units from its Himalayan frontier with the PRC to cope with the resurgence of Maoist (Naxalite) activities elsewhere in the country. Despite calls from a number of India's politicians, the army has scrupulously and correctly insisted that it would prefer not be involved in counterinsurgency operations against the Naxalites.

Finally, he occasionally dismisses legitimate Indian security concerns. For example, he chastises the Indian press for highlighting repeated Chinese military incursions along parts of the poorly demarcated Sino-Indian border. He also appears to endorse the Chinese claim that their military activities along the disputed border do not constitute incursions. Furthermore, he downplays the significance of China's growing naval reach in the Indian Ocean for India's security.

These limitations notwithstanding, the work is nevertheless a welcome contribution to a very small body of literature on a topic of considerable and increasing importance. Holslag's work, to his credit, covers a range of subjects and draws on both Indian and Chinese secondary and primary sources. Though some of his interpretations and assertions may be debated, the book at least provides a timely overview of the emergent Sino-Indian rivalry.