Hate is a Virus

Hate crimes against Asian Americans and Pacific Islanders (AAPI) in the U.S. have been on the rise since 2015, but shot up 150% with the covid-19 pandemic and the "blame China" rhetoric of the 2020 campaign.
April 1, 2021
Print 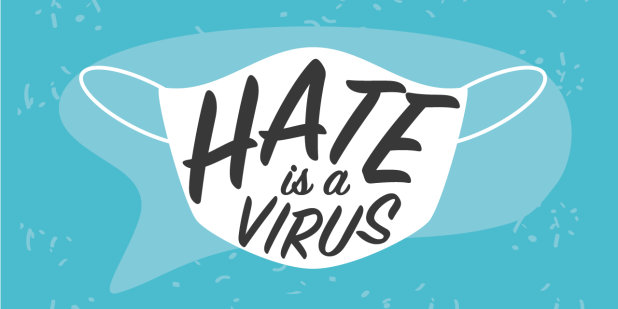 Hate crimes against Asian Americans and Pacific Islanders (AAPI) in the U.S. have been on the rise since 2015, but shot up 150% with the covid-19 pandemic and the "blame China" rhetoric of the 2020 campaign. Bias and discrimination aren't new, of course. Neither is violence. An anti-Chinese riot in Los Angeles in 1871 left at least eighteen dead. Hostility towards Chinese yielded the 1882 Chinese Exclusion Act. Other people of Asian ancestry would also be kept from immigrating while those already here were discriminated against. The best known case of this was the incarceration of 120,000 Japanese and Japanese Americans without charge let alone trial during World War II.

Interest in Asia and people from Asia have been part of the U.S. story from the first decades of the new republic. The U.S. Census Bureau reported last year that there were at least 23 million people of Asian ancestry in the U.S. Still, many in America think of Asians and Pacific Islanders as foreigners. In a recent poll, almost two-thirds of Asian Americans reported being asked questions that assumed "they weren't from here." Almost half were asked if they spoke English. Violent attacks against AAPI individuals have become more and more frequent, with the latest case, an assault on a 65-year old woman in New York City, occurring on Monday.

Three weeks ago we condemned this bias and the mistreatment it engendered. Many organizations have spoken out and anti-hate rallies have drawn crowds. The violence has generated media attention, here and abroad. This week President Biden announced actions to address the rise in anti-AAPI violence, including funding for new programs.

We discussed all of this at our webinar Hate Is A Virus: Combatting Prejudice Against Asian Americans. Please watch Representative Ted Lieu and scholars Jennifer Ho, Jane Junn, Lon Kurashige and Yawei Liu discuss these issues and how to address them.

We have also created a page with statements against the prejudice and violence and with resources for those who have been abused and for those anxious to join the campaign against hate.