While the recent wave of violence against Asians and Pacific Islanders has made headlines, hate crimes have actually been on the rise since 2015.
March 11, 2021
Print 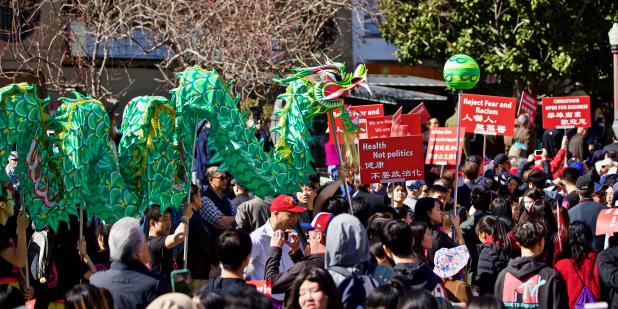 This week we mark the first anniversary of covid-19 shelter in place policies in the U.S. The pandemic's spread sparked racist verbal and physical attacks in the U.S. towards people of Asian ancestry. But even before the pandemic, the FBI and other organizations reported that such incidents were on the rise. Many prominent individuals and many organizations have spoken out against these acts which range from racist slurs and intimidation to physical violence. Yesterday, Google celebrated Wu Lien-teh 伍連德, a Malaysian Chinese who was educated at Cambridge and who went to China in 1907. Wu was the first president of the Chinese Medical Association and was a pioneer fighter against infectious diseases. The search giant also reported on spikes in searches about anti-Asian crimes.

On Jan. 26, the White House issued a memorandum condemning hate speech and worse and celebrating the contributions of 2 million Asian Americans and Pacific Islanders serving on the frontlines in healthcare, emergency response, and other essential jobs. USC, the US-China Institute, the Asia Society and the 1990 Institute are among the organizations that have worked with students and K-12 educators to examine the history of anti-Asian sentiment in the U.S. and current challenges. The USC Race and Equity Center examined why anti-Asian racism is so contagious. One program for teachers discussed artificial intelligence and implicit bias.

Perhaps related to the rise in hostile actions towards Asians and Pacific Islanders is the increasingly negative view Americans have towards China. In Gallup's most recent poll, two-thirds of those surveyed expressed unfavorable views toward China, the most negative result since the company began such surveys in 1979 and a significant drop since February 2018 when 53% told Gallup they had a favorable view of China. Last fall, Pew found that almost three-quarters of Americans held negative views toward China. Most who hold a negative view don't engage in hate speech or attacks, but some analysts compare the current climate to the 1980s anatagonism towards Japanese trade practices, a time when Vincent Chin, a Chinese American, was beaten to death by two autoworkers in Detroit. Then and now those engaging in hate speech and attacks seem uninterested in differentiating among people of Asian ancestry.

FBI and other monitors report that hate crimes against African Americans, Hispanics and others have also been increasing. The statistics conveyed in the charts here, of course, don’t capture the full scale of the problem and they can’t convey the pain inflicted on victims and their families and friends. Nor do they capture the negative impact on others who may change their own behavior out of fear and the danger that some may see such abuse as acceptable and replicate it. This abuse and the prejudice that drives it harms individuals and weakens our society. We, of course, decry these hateful actions and call on all to do what they can to battle the biases that power them. We all have a part to play in speaking out against such prejudice.