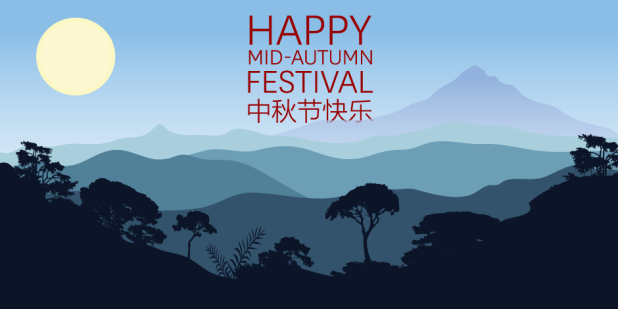 It's a great opportunity to think about family and friends no matter if they are near or far from us. It's also a chance to reflect on China's space program, which has accomplished much and is planning a moon probe in 2018, a Mars probe in 2020, and to land a manned spacecraft on the moon by 2036. In 2013, China managed to land the Jade Rabbit 玉兔rover on the moon. It was carried into space with the Chang'e 嫦娥 lander. According to Chinese myth, Chang'e is the goddess of the moon and the Jade Rabbit is her pet.

Of course, the first human to walk on the moon did so in July 1969. Neil Armstrong, commander of Apollo 11 阿波罗11, stepped onto the moon's surface and declared that it was, "One small step for man, one giant leap for mankind." (Armstrong is a USC alum.) According to a Phoenix 凤凰 report, the news wasn't carried by People's Daily, but was reported in Reference News 参考消息 and later reported more widely. China was in the midst of the Cultural Revolution. There had been border skirmishes with the Soviets and Lin Biao had been designated Chairman Mao Zedong's heir apparent.

In summer 1969, in addition to celebrating the moon landing, President Richard Nixon and National Security Advisor Henry Kissinger were working to establish communication with Beijing. In July 1969, Nixon visited Pakistan and told Pakistani President Yahya Khan that he wanted to find an accommodation with China and asked for his help in conveying this. Nixon also initiated his "Vietnamization" plan for the conflict there, beginning to draw down American forces from South Vietnam. Two years later, Kissinger made a secret trip to Beijing from Pakistan and the U.S. and China announced that Nixon would visit China. 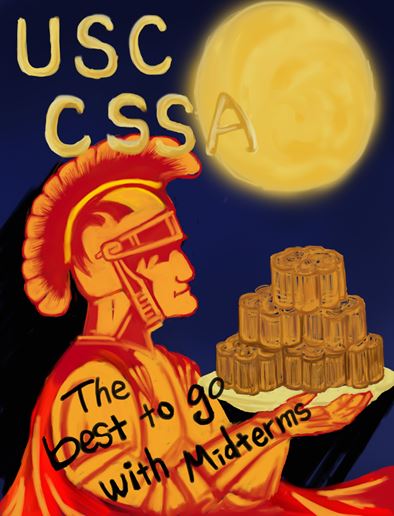 Much has happened in space exploration and in the U.S.-China relationship since 1969. (You can read a 2008 report on US-China space cooperation.) We want to leave you with the picture our USC Chinese Student and Scholar Association sent out to celebrate the holiday. Maybe a Trojan won't deliver your moon cakes, but we do hope your mid-autumn festival is terrific