This book provides English translations of a number of short stories by the Chinese author Mu Shiying (1912-40) as well as a brief introduction to this interesting author and his work. It will be of value to people with an interest in modern Chinese literature or republican Shanghai, and it will help demonstrate the accomplishments of Chinese modernist writing in the 1930s to a wider audience. Mu Shiying: China’s Lost Modernist fills a definite gap in the Chinese literature available in English translation. 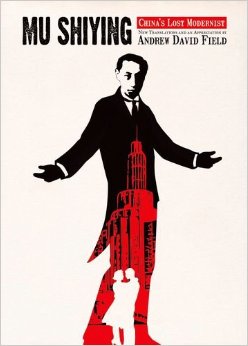 so-called New Sensationalists (xin ganjue pai). While he is perhaps not counted among the most influential modern Chinese authors, I am not quite sure by what standard the title can refer to him as “lost.” He is mainly known for his works capturing the dizzying speed and decadence of Shanghai’s nightlife and modern mores. The city as portrayed in his writing is full of bright lights, elusive seductresses, opulence, decadence, and urban corruption. It is a hedonistic world that seems to be unravelling as people mostly fail to keep up with the dizzying speed of modern life. In terms of narrative and language, Mu experimented with a distinctly modernist style, using broken sentences and jarring images to present the metropolis as a mirage that appears thrilling and alluring as well as repulsive and exhausting at the same time. The oft-quoted opening and closing lines from “Shanghai Foxtrot” (1932) capture this inherent contradiction: “Shanghai. A Heaven built upon a Hell!”

The six short stories selected for Mu Shiying: China’s Lost Modernist clearly focus on presenting this aspect of his writings. The texts are taken from Mu’s second short story collection, Public Cemetery, from 1933: “The Man Who Was Treated as a Plaything,” “Five in a Nightclub,” “Craven ‘A,’” “Night,” “Shanghai Fox-trot,” and “Black Peony.” Randolph Trumbull’s previously published translation of “Five in a Nightclub” is reproduced here.[1] “Shanghai Foxtrot” is provided in a new version rather than the one by Sean MacDonald.[2]

I found the translations quite enjoyable and they successfully convey Mu’s striking modernist style. They are not always easy reading, but that is of course the intended effect in the original language as well. The translators have done good work overall. Occasionally, however, phrases are not appropriate to a 1930s Chinese setting, for example, “emotional vacuum” (qingxu de zhenkong) seems rather modern (pp. 91-96), and the phrase is repeated as a sort of refrain in the short story “Night.” I also tripped over “amigo” (pengyou) and a few other words (p. 105). The translators have tracked down the English names of various locations in Shanghai, cigarette brands, liquor, etc. Endnotes provide additional information as needed. Hong Yu is credited as co-translator in the acknowledgments.

Each short story is accompanied by a short introduction of a page or two that mainly provides a summary of its plot. I do not see the point of these sections, and they detract from Mu’s short stories, which stand perfectly well on their own. Occasionally, interesting information is provided, for example, the ages of dance hall hostesses, but such information could have been presented elsewhere, perhaps in the introduction.

The introduction, “Mu Shiying: An Appreciation of His Life, Times and Works,” is more useful. Andrew David Field covers Mu’s short life and his unresolved death in 1940, assassinated for collaborating with the Japanese in Shanghai. Field also provides some further context for understanding Mu’s writing, mostly focusing on the dance halls and Shanghai nightlife of the time. We get a short overview of Mu Shiying scholarship from the 1980s and brief notes on Chinese history intended for more general readers.

Somewhat problematically, the introduction presents the darker side of Mu’s writings as more factual and widespread than I believe was the case. An example: “For those with means,... Shanghai served as a dreamy playground, a phantasmagoria filled with ephemeral and elusive pleasures and amusements—yet one in which the nightmarish reality of stock market crashes, crushing poverty, civil strife and brewing world wars always followed in hot pursuit. This carpe diem mentality was par for the course in a city whose bourgeoisie was in constant fear of being kidnapped, assassinated or simply held to extortion by the notorious Green Gang“ (p. xxiv). I have no doubt that life was indeed like this for some people in 1930s Shanghai, but it was not “par for the course” for the bourgeoisie as a whole. Mu wrote about one specific aspect of life in Shanghai—the city as pinnacle of modernity and depravity—representing it in a way that made it thrilling and exotic. We should be careful not to see this as the daily lived experience of the majority. By comparison, Shi Zhecun’s portraits of bourgeois Shanghai couples in Shan nüren xingpin (1933) (Exemplary conduct of virtuous women) present a rather more mundane reality. Other studies, such as Wen-hsin Yeh’s Shanghai Splendor: Economic Sentiments and the Making of Modern China, 1843-1949 (2007), give more objective accounts.

Overall, the introduction mirrors the selection of texts in focusing on the portraits of Shanghai nightlife, not displaying the versatility or breadth of Mu’s writing ability. That is, of course, a deliberate choice of the translators, and I do not object to it, but I do fear that this author’s other writings are being forgotten. Mu’s work spans a wider range of topics, and particularly his early writings tend to be overlooked. There is a general tendency to see his short stories in Poles Apart (1932) as “proletarian literature” that is, consequently, less worthy of our literary attention (p. xxxii). I believe Mu’s earliest short stories are almost equally subversive in terms of challenging the established literary field.[3] For the frustrated male protagonists of these works, any proletarian class consciousness is mostly based on sexual frustration and an embrace of extreme violence. One text, “The Baker Who Stole Bread,” can arguably be read as a mockery of the New Culture movement’s social concerns at the time. That is not the concern of this volume of course.

Unfortunately, Mu Shiying: China’s Lost Modernist contains a few factual errors, mainly timeline problems. The introduction states that Mu’s “earlier short stories attracted the attention of Shi Zhecun, who edited one of the most influential literary journals in Shanghai, Les Contemporains (Xiandai)” (p. xvi). This is misleading. Les Contemporains was launched in May 1932, but Mu’s first short story “Our World” (Zanmen de shijie) was published in La Nouvelle Littérature (Xin wenyi) in February 1930, and Shi, one of the editors, praised the young author. Mu was only seventeen years old at the time. A few other dates are wrong. “The Man Who Was Treated as a Plaything” was originally published in February 1932, not 1933 as stated (p. 1). “Shanghai Foxtrot” was first published in Les Contemporains in 1932, not 1934 (p. 103). “Black Peony” was published in 1933 as correctly stated on page 119, not 1934 as stated on page 122. Most of these errors would have been resolved by simply conferring with Li Jin’s carefully produced chronicle of events in Mu’s life.[4]

In the realm of pedantry, I noticed a few formatting issues. The opening paragraphs of “The Man Who Was Treated as a Plaything” are a letter from a girl, and the original Chinese text uses formatting to make this clear, but the translation ignores this, so the passage is a bit confusing in English. In addition, the use of boldface in marking out phrases in English in the original text is inconsistent, for example, “After all, it’s regret” or “Hot Baby” are not marked (pp. 33, 72). There are also a few minor typos, including Shu-mei Shih’s name being misspelled throughout the references.

The volume is nicely produced and contains a number of images featuring pictures of buildings, journal covers, and advertisements from contemporary Chinese journals. These help capture the setting and illustrate some of the places or brands that Mu was writing about, and they go well with the text. The volume is rounded off by a short index that only covers the introduction. Despite a few unfortunate errors, this is a much-needed volume that will help considerably in making Mu’s writing more widely accessible.

[3]. Christopher Rosenmeier, “The Subversion of Modernity and Socialism in Mu Shiying’s Early Fiction,” Frontiers of Literary Studies in China 7, no. 1 (2013): 1-22.