Shelved monarchies can be useful instruments of regime change as the Bush administration discovered at the dawn of this century, when it 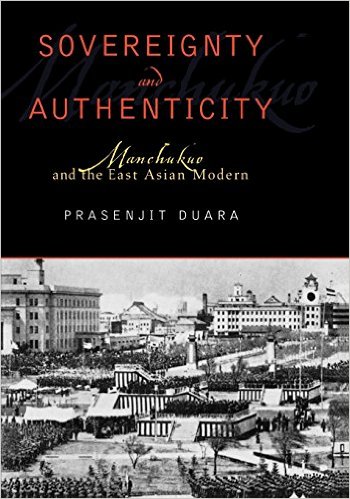 employed Afghanistan's deposed king, Zahir Shah, to play a central role in constituting that country's post-Taliban government. Washington concluded that no one could be better suited than this exiled leader to orchestrate efforts to unify that benighted land and transform it into a modern nation-state (and dependable ally). With the former monarch involved, the United States hoped the new regime would immediately be seen as legitimate and tied to the local past, even if foreign troops had brought it to power. Some observers found it curious, at the end of 2001, that Washington was convinced that the man best equipped to move Afghanistan into the future was one of its past leaders--and a monarch at that. One thing that Prasenjit Duara's impressive new study shows, however, is that this is just what Tokyo had concluded seventy years earlier when it created Manchukuo, the short-lived northeast Asian country (born in 1932 and died in 1945), known in the West primarily because it figures in Bernardo Bertolucci's The Last Emperor. Playing the role of Zahir Shah in that regime change avant la lettre was, of course, Pu Yi, the ethnic Manchu who began his life as the final Qing Dynasty occupant of China's Dragon Throne and ended it as a Beijing gardener, with a stint as Manchukuo's leader in between.

It is true that Washington never thought Zahir Shah should literally become a king again. Instead, he was invited to play a partly ceremonial and partly logistical role in creating what would, in effect, be a brand new nation-state complete with all the modern political trimmings. But even here, as Duara's book reveals, there are parallels to the Manchukuo case. At first Pu Yi was called not the "Emperor" but rather the "Chief Executive" of the new state, a political entity that propagandists insisted include a system of checks and balances of the sort typical of modern republics. It was not until two years later, in 1934, that his title was upgraded to that of "Emperor," giving him his famous second chance to preside over imperial rituals with Confucian characteristics.

The instability of Pu Yi's title illustrates one of Duara's main themes: this state's creators and backers were intently concerned with making it seem somehow both thoroughly modern and deeply rooted in tradition. Their concern with modernity helps explain several things. Why they sometimes insisted that Manchukuo was "the newest of the new nations of the world." Why they strove to rapidly industrialize the country. And why they made hygiene a fetish in their grandiose urban development schemes. Their simultaneous concern with tradition, meanwhile, explains their efforts to associate Manchukuo with what Duara aptly calls "symbols of timeless identity," in the hope that doing so would convince both local residents and outside observers that it was an "authentic" as opposed to artificially created unit. It also accounts, perhaps, for their tendency after 1934 to refer to Manchukuo as an "Empire," a continuation in a different locale of the Chinese Empire that Pu Yi had ruled as a child. In ideological terms, this twin concern with modernity and the past manifested itself in a hybrid official creed, "Wang Tao" ("The Kingly Way"), which included elements drawn from Chinese intellectual traditions and from globally circulating ideas about the value of such things as clean and orderly cities and inter-ethnic cooperation.

Duara insists we take seriously the symbolism of the Manchukuo state and the discursive moves made to assert its legitimacy, since these reveal much about the ambiguous relationship between nationalism and imperialism that often existed in the twentieth century. He readily admits, however, that in the end only a very small number of foreign countries accepted the notion that Manchukuo was a real "nation" or an "Empire," as opposed to a pseudo-state, and that Pu Yi, whatever his title, was more than a puppet of the Japanese. According to one of Duara's footnotes, in fact, the only countries that recognized Manchukuo's legitimacy was a motley group of eleven states. This did not stop Japan from insisting that Manchukuo's independence had received broad-based universal support, anymore than the failure of the United Nations to endorse Bush and Tony Blair's invasion of Iraq stopped them from claiming that the world was behind them in moving against Saddam Hussein. And the coalition of the willing that recognized Manchukuo has other things in common with the one that Washington and London assembled for Iraq. For example, the membership lists for the two groups overlap: Rumania, Bulgaria, Poland, Hungary, El Salvador, and, of course, Japan appear in both.

Though debates over legitimacy loom large in Duara's book, it also addresses many other topics. Duara provides a very good account, for example, of the complex operations of the South Manchurian Railroad Company (SMR), a "quasi-governmental organization" that was much more than just a Japanese transportation concern (e.g., it carried out extensive social surveys still of use to scholars). He sheds new light on the important relationship that developed between the Manchukuo authorities and Chinese religious sects. And he makes significant points about general issues, such as the distorting effect often produced when scholars present "collaboration" and "resistance" as the only options available to civilians living in occupied territories during wartime.

Thanks to Duara's reputation (as the author of two highly regarded previous books and several influential articles) and the book's many strengths (including the connections it draws between important recent studies of Manchuria by China specialists such as Rana Mitter and Japan specialists such as Louise Young), there was no question that it would quickly assume a significant place within Asian studies. It will be a shame, however, if it does not also make an impact in wider circles. I say this in part because of its engagement with broad historical debates.

But even more so because of the renewed timeliness that new forays into nation-building have given to old battles over Manchuria.

A close reading of Duara's book--which was completed during the 2000-01 academic year, and hence does not mention the fall of the Taliban, let alone the invasion of Iraq--reveals some limits to taking the analogies between old Japanese actions and recent American ones too far. Most importantly, Duara's short discussion of the Mukden Incident of September 18, 1931, which the Japanese used as an excuse for moving into Manchuria, is enough to show that it is no counterpart to September 11. The Mukden Incident did not find terrorists killing large numbers of civilians, but rather saw the Japanese military setting off a bomb on an SMR railway line, then blaming this violence on the Chinese to justify taking over Manchuria. This difference between 1931 and 2001 helps explain why the international response to U.S. attacks on the Taliban was so positive compared to the generally censorious--though never tough enough from the Chinese point of view--international response to Japan's incursions into Manchuria.

Contrasts such as this notwithstanding, the parallels between the actions and rhetorical battles described in Sovereignty and Authenticity and the very recent forays into and defenses of "regime change" remain striking. Thus, it is not surprising that, in a pair of insightful 2003 magazine essays, John Dower, a Pulitzer Prize-winning historian of Japan, argued that anyone trying to make sense of then-current (and still-current) world crises could learn much from studying Manchukuo's history. Dower claims in these articles that U.S. commentators often got the contemporary relevance of Pacific War analogies all wrong. Talk of September 11 as Pearl Harbor revisited was misguided, he insisted, and even worse was the notion that the U.S. occupation of Japan provided a model for Iraq's future. The most compelling homologies between the Pacific War and early-twenty-first-century geopolitical situations was not the continuities in the threats facing the United States or policies crafted in Washington, according to Dower. Instead they were the disturbing parallels between Japanese words and deeds then, and American words and deeds throughout the period following September 11.

The story of Manchukuo comes to serve, in Dower's analysis, as a cautionary tale for our times. It reminds us that warfare instigated in the name of "liberation" (a favorite term in Japanese propaganda about Manchuria) can have disturbing effects. Such action can end up causing great distress to the very people whose "liberation" is promised and come to be viewed by the international community as a power grab designed to gain control of a territory rich in natural resources (as Manchuria was then and Iraq is today). In addition, if the most powerful country involved takes a cavalier view of international bodies, the net result can be to undermine the effectiveness of those organizations (the birth of Manchukuo marked the beginning of the end of the League of Nations). If Dower had read Duara's book before writing his essays, he could have made an even stronger case for his specific propositions and for the general claim that Manchukuo is much more than a curiosity of times gone by. Duara insists that Manchukuo was not just a late creation of an old form of imperialism on the verge of obsolescence. "In its quest for modernity and formal sovereignty," he writes, it showed itself to be more than an anachronistic throwback to the past or even merely a product of its own time. It was also a first taste of things to come. "It foreshadowed the imperialism of the postwar period--especially of the Cold War--when, despite the independence declared by many countries, the new 'imperial' powers retained considerable economic and military control over their client nation-states."

I find Duara persuasive here, but I cannot help wondering whether, if he had finished writing in 2003 or 2004 instead of mid-way through 2001, he might have cut the phrase "especially of the Cold War." Manchukuo's relevance has, alas, perhaps never been greater.