Winds From Fusang: Mexico and China in the Twentieth Century 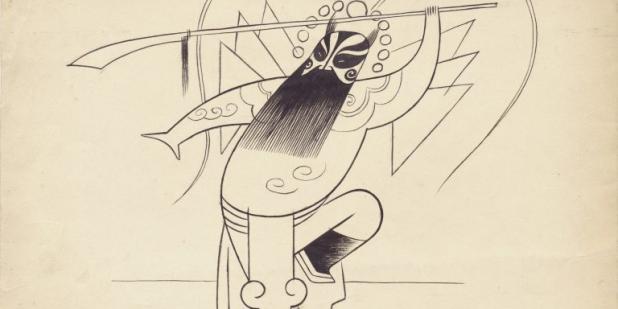 “Many believe the Western influence since the ‘opening of China’ in the late 1980s is the motivating force of Chinese contemporary art. Very few acknowledge other influences occurring prior to the Cultural Revolution, especially during the mid-twentieth century when China was isolated from the outside world,” said exhibition co-curator Shengtian Zheng. Winds from Fusang identifies, analyzes, and presents the forces from the Pacific Rim that helped shape the development of art in the twentieth century, through material including artwork, documentations, video interviews, and research records.

The exhibition will chronologically examine the cultural and artistic dialogue between the two regions in the twentieth century and will be presented in following three sections: Shanghai: Covarrubias Circle will present for the first time the drawings made in Shanghai in the 1930s by Mexican artist Miguel Covarrubias (1904-1957). The drawings will be exhibited alongside works made by Chinese artists to reflect their aesthetic shifts after their encounter with the Mexican artist.

Winds from Fusang, which is also the focus of the exhibition, examines the period between the 1950s and 1970s, when works produced by Mexican artists were introduced to China at a time of limited contact with the outside world, and their influence on Chinese artists. Fusang is an ancient name referring to the shores of an “Eastern Ocean,” which some scholars believe to be today’s Mexico The final section looks at the legacy of Latin American art in contemporary Chinese art. After the cultural revolution, the first identifiable art movement in China was a mural movement, canonized by Water-Splashing Festival created for the Beijing Airport in 1979 that heralded a new era of art in China. The exhibition is co-curated by Shengtian Zheng, a leading scholar and independent curator, and USC Pacific Asia Museum Director Christina Yu Yu. Winds from Fusang: Mexico and China in the Twentieth Century is presented by USC Pacific Asia Museum as part of Pacific Standard Time: LA/LA.