When a Billion Chinese Jump

Join the US China Institute for a talk by the Author of When A Billion Chinese Jump, Jonathan Watts. 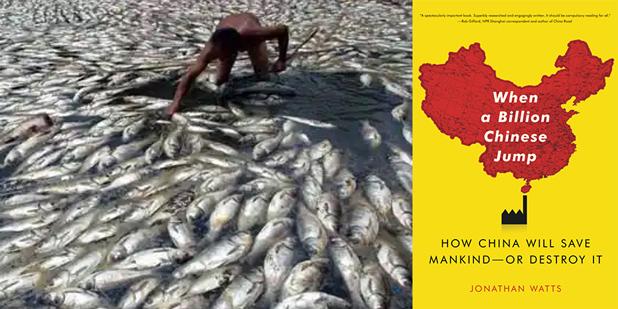 When a Billion Chinese Jump is a journey through an environment in crisis. Jonathan Watts travels from mountain paradises to industrial wastelands, via tiger farms, melting glaciers, cancer villages, science parks, coal mines and eco-cities to examine the responses of those at the top of society and the hopes of those below. Watts is consistently attentive to human detail, vividly portraying individual lives in a country all too often viewed from outside as a faceless state. Based on almost 300 interviews and close to 100,000 kilometres of journeys, this is a book that no reader - no consumer in the world - can be unaffected by.

Jonathan Watts is Asia Environment Correspondent for The Guardian and a former president of the Foreign Correspondents' Club of China.

He has worked for BBC, CNN, Mother Jones, Christian Science Monitor, South China Morning Post, Daily Yomiuri and Asahi Shimbun. Since taking his current post in 2009, he has covered the Copenhagen climate conference, renewable energy developments and more rubbish dumps than he cares to remember.

Watts lives in Beijing. He can be reached at jon.watts@guardian.co.uk

More information (plus pics, reviews and an extract) at http://www.whenabillionchinesejump.com