What Is Sinophone Studies?

Scholars from ethnic studies and area studies will discuss Shu-mei Shih's book, Visuality and Identity: Sinophone Articulations across the Pacific, and engage the author with comments and questions. 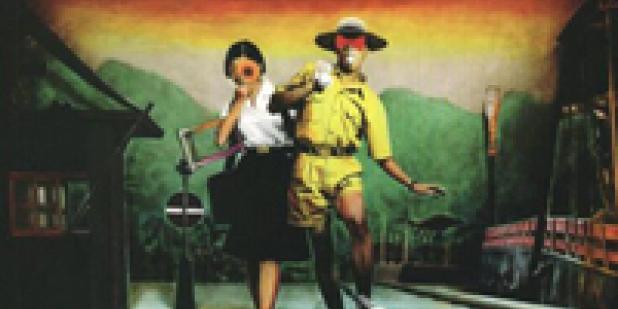 Colleen Lye is Associate Professor of English at UC Berkeley where she teaches courses in Asian American literature, twentieth-century Anglophone literature, and postcolonial theory. Her book, America's Asia: Racial Form and American Literature, 1893-1945 (Princeton University Press, 2005) won an award from the Association for Asian American Studies and honorable mention from the American Studies Association. Most recently, she coedited with Christopher Bush a special issue of Representations called "Forms of Asia," which appeared in the summer of 2007.

Yingjin Zhang is Professor of Chinese Literature and Film, Comparative Literature and Cultural Studies at the University of California San Diego. Among his publications are From Underground to Independent: Alternative Film Culture in Contemporary China (coedited with Paul Pickowicz; Rowman & Littlefield, 2006); China in Focus: Studies of Chinese Film and Literature in the Perspective of Academic History (in Chinese) (Nanjing: Nanjing University Press, 2006), and Chinese National Cinema (Routledge, 2004), and The City in Modern Chinese Literature and Film: Configurations of Space, Time, and Gender (Stanford University Press, 1996).

Shu-mei Shih's Visuality and Identity: Sinophone Articulations across the Pacific (University of California Press, 2007) inaugurated the field of Sinophone studies. The book has been described as a "vanguard excursion into sophisticated cultural criticism situated at the intersections of Chinese studies, Asian American studies, diaspora studies, and transnational studies." Arguing that the visual has become the primary means of mediating identities under global capitalism, Shih examines the production and circulation of images across what she terms the "Sinophone Pacific," which comprises Sinitic-language-speaking communities such as the People's Republic of China, Taiwan, Hong Kong, and Chinese America. This groundbreaking work argues that the dispersal of the so-called Chinese peoples across the world needs to be reconceptualized in terms of vibrant or vanishing communities of Sinitic-language cultures rather than of ethnicity and nationality.