What Role Will China Play in the US-North Korea Talks?

The Los Angeles World Affairs Council hosts a talk on the future of China's involvement in U.S.-North Korea talks. 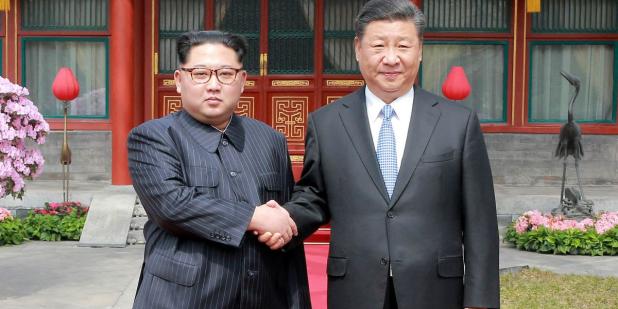 Kim Jong-un made a brief visit to China to meet with President Xi Jinping earlier this week, but the brevity in no way suggests the trip was not important. Experts believe it likely that Kim and Xi discussed how to pressure the US and President Trump into easing the sanction on North Korea and bringing the US-China trade war to a swift end. President Trump has confirmed that a second summit is being negotiated. What role will China and President Xi play in the forthcoming talks?

Join the Los Angeles World Affairs Council on January 16th when David Kang discusses what diplomatic approach should be taken and how optimistic the watching world should be about any potential outcomes.

David Kang is Maria Crutcher Professor of International Relations at the University of Southern California, and a professor of International Relations, Business, and East Asian Languages and Cultures, with appointments in both the School of International Relations and the Marshall School of Business. Kang is also director of the USC Korean Studies Institute. His latest book is American Grand Strategy and East Asian Security in the 21st Century. A regular consultant for U.S. government agencies and the military, Kang has also written opinion pieces in the New York Times, the Financial Times, the Washington Post, and the Los Angeles Times, and appears regularly in media such as CNN, PBC, the BBC, and NPR