[WEBCAST] Taiwan: Lessons and the Politics of Coronavirus

Join Dr. Chunhuei Chi, Syaru Shirley Lin, and Daniel Russel for their webcast on Taiwan and the Coronavirus. 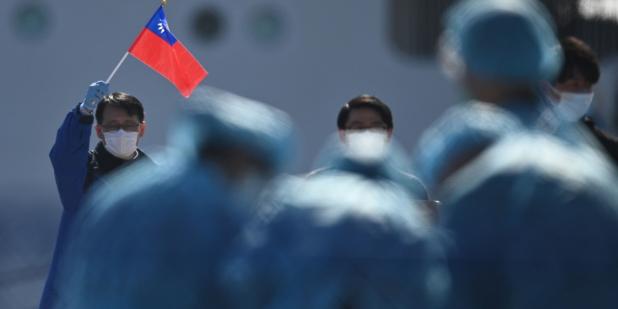 Taiwan stands out as a notable success story in the global fight against the coronavirus pandemic, particularly in light of its proximity and extensive contacts with mainland China. Taiwan’s success began with quick and effective measures to contain the spread of the virus -- banning flights from infected areas, ramping up production of masks, setting up testing facilities, and employing high-tech tracing methods. As a result, Taiwan has so far been able to avoid the large-scale lockdown measures that are stalling the economies of so many countries. Not only was Taiwan quick to recognize the the threat from the fast-spreading coronavirus, it warned of its human-to-human transmission properties in early January, at a time when Beijing and others were minimizing the threat. Yet Taiwan’s exclusion from the World Health Organization (WHO) meant that its warning was not disseminated through the institution, nor was Taiwan included in coordinating a global response to COVID-19. Not surprisingly, questions are now being raised about the wisdom of barring Taiwan from international organizations focused on areas such as health and safety.

Join us for a conversation with a leading public health expert, Dr. Chunhuei Chi and a leading political scientist, Syaru Shirley Lin, moderated by Asia Society Policy Institute’s Daniel Russel, to analyze Taiwan’s handling of COVID-19, its role in global public health challenges, and the geopolitical implications its success.

Dr. Chunhuei Chi is professor of the Global Health Program, Health Management and Policy Program, and the Director of Center for Global Health at Oregon State University, where he established the Master of Public Health in International Health (renamed Global Health in 2016), and MPH in Health Management and Policy Program in 1993. He served as a consultant or policy advisor for Taiwan's National Health Insurance Administration, Health Promotion Administration, and as an advisory committee member of Taiwan's Ministry of Health and Welfare's Bureau of International Collaboration. He developed a model graduate international health program for the Japanese Ministry of Education in 1999, and assisted Taiwan to develop its first graduate international health program at National Yang-Ming University. He was invited as a visiting professor at following universities: Bergen, Tsukuba, Kobe, National Yang Ming, Taipei Medical, and National Chile.

Syaru Shirley Lin is Compton Visiting Professor in World Politics at the Miller Center of Public Affairs at the University of Virginia, and is also a member of the founding faculty of the master’s program in global political economy at the Chinese University of Hong Kong. She is author of Taiwan’s China Dilemma (2016) and is currently working on the high-income trap in East Asia. She retired as a partner at Goldman Sachs, and was a founding board member of Alibaba Group and Semiconductor Manufacturing International Corporation. She is on the boards of Goldman Sachs Asia Bank, Langham Hospitality Investments, Mercuries Life Insurance, and Focused Ultrasound Foundation, and was appointed by the Hong Kong government as a member of the Committee for Pacific Economic Cooperation.

Daniel Russel is Vice President for International Security and Diplomacy at the Asia Society Policy Institute. A career member of the Senior Foreign Service at the U.S. Department of State, he most recently served as the Assistant Secretary of State for East Asian and Pacific Affairs. He served at the White House as Special Assistant to the President and National Security Council Senior Director for Asian Affairs, where he helped formulate President Obama’s strategic rebalance to the Asia Pacific region.