Webcast - Superpower Showdown: How the Battle Between Trump and Xi Threatens a New Cold War 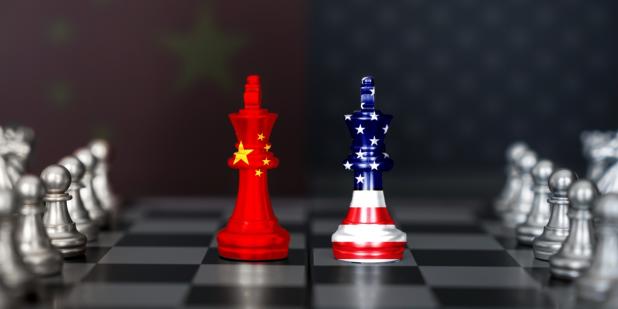 In SUPERPOWER SHOWDOWN: How the Battle Between Trump and Xi Threatens a New Cold War (HarperBusiness; June 9, 2020),Wall Street Journal reporters Bob Davis and Lingling Wei trace the route of the trade war from the early 1990s to the January 2020 signing of the phase one deal that signaled a temporary halt to economic hostilities.

Based in the two capitals—Davis in Washington and Wei in Beijing—these seasoned journalists have conducted hundreds of interviews with government officials and business leaders in both nations over the past nine years. Synthesizing a trove of confidential information, they probe how we have reached this tipping point in U.S.-China relations and what it means for the future. They examine how much of the blame for the worsening relations falls on U.S. presidents for failing to deal effectively with China and how much lies with Beijing and with the U.S. businesses that were China’s most effective lobbyists. “Think of this as a romance gone bad,” the authors write, as they detail decades of ups and downs that have led to the severe contentious relationship of the past three years.

The escalation of hostilities, they show, has had a negative impact on both countries’ economies and the world at large—and is bound to worsen with the spreading coronavirus epidemic. Looking ahead they see further uncertainty and disruption. Despite the January truce, they write, the two years of trade wars continue to drive the two nations apart. The percentage of Americans holding an unfavorable view of China is at its highest level, while attitudes toward America have soured among the Chinese citizenry. Even if Trump loses his reelection bid, his China battle has changed the relationship between the two nations for years to come, if not permanently. Davis and Wei explore myriad scenarios that could play out for a future Cold War, the winner of which could lead the world in the twenty-first century.

Link to join virtually will be emailed to guests the day before and an hour before the program is scheduled to begin.

Bob Davis is a senior editor at The Wall Street Journal who covers economic issues out of the Washington D.C. bureau, especially those that will play out in the presidential campaign. He also continues to write about China, where he was posted from 2011 to 2014. He was part of a team of Journal reporters that won the Pulitzer Prize for international reporting for coverage of the Asian and Russian financial crisis.

Lingling Wei is an award-winning journalist in The Wall Street Journal’s Beijing bureau. Hailing from a farm province in eastern China, she came of age as a journalist in New York and then returned to China in early 2011 to report on changes in her homeland. She focuses on the intersection of Chinese politics and the economy.