[WEBCAST] Greening the Belt and Road in Central Asia

Viktor Novikov, Geographer and Expert on Central Asia in Conversation With Ion Karagounis of WWF. 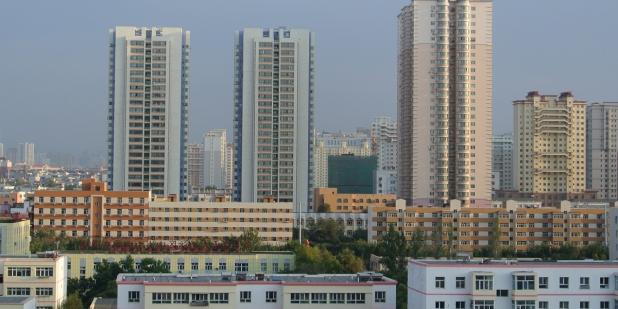 For the five countries of Central Asia – Kazakhstan, Kyrgyzstan, Tajikistan, Turkmenistan and Uzbekistan – the Belt and Road Initiative (BRI) and associated Chinese investments are synonymous with a new era of political and economic relations. A quick look at the map underscores the importance of Central Asia in connecting China to Europe by rail and road. Central Asia will host one of the main routes from East to West and North to South.

The rise of a green economy in the energy, transportation and agriculture sectors, and the further pursuit of good governance are, however, necessary steps for successful long-term sustainable development in Central Asia. China and its partners express their willingness to make Belt and Road developments mutually beneficial and greener. But how can these promises be fulfilled in Central Asia? Are the economic and political interests and the speed of the development under the BRI conducive to greening investments?

The Geneva-based Zoï Environment Network in cooperation with the United Nations Environment Programme and the Government of Switzerland has analyzed the greening of the Belt and Road in Central Asia. Join the webcast with Viktor Novikov, Central Asia expert and Ion Karagounis of WWF. Viktor has investigated BRI projects in Central Asia to have synthesized information on environmental aspects readily available, for policy makers and projects implementers.

Viktor Novikov is a highly recognized geographer, environmental analyst and expert on Central Asia. His work covers areas like climate change, biodiversity, environment and security, waste management, mountain issues and most recently the environmental impacts of the Belt and Road Initiative (BRI). Working for Zoï Environment Network in Geneva, he has contributed to many flagship publications with world-wide reach. Viktor is originally from Dushanbe, Tajikistan. He has lived in Geneva, Switzerland for more than 15 years.

Ion Karagounis has been working for the World Wide Fund For Nature (WWF) Switzerland for more than eight years. After having led the department for environmental programs, he took over responsibilities on new economic models and questions regarding the future in 2018. From 2000 until 2012, he was the CEO of the Swiss environmental non-profit organization, Stiftung Praktischer Umweltschutz Schweiz (Pusch). From 1994 until 1999, he was CEO of the Swiss Union for the prevention of water and air pollution, Vereinigung für Gewässerschutz und Lufthygiene (VGL). Ion has a degree in natural science from ETH Zurich and a degree in corporate management and journalism. 2003, Ion published the award winning travel report Mit dem Zug durch Zentralasien und China – auf der Seidenstrasse von Schaffhausen nach Shanghai.