This research conference will serve as the culminating event for Wang Anyi’s tenure this semester as Global Distinguished Writer in Residence at NYU’s China House. 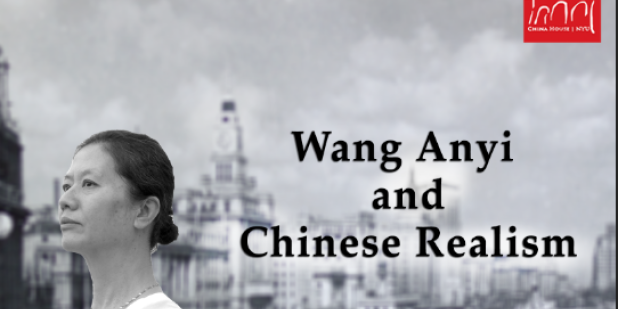 This research conference will serve as the culminating event for Wang Anyi’s tenure this semester as Global Distinguished Writer in Residence at NYU’s China House.  The first day of the event, open to the public, will be anchored by three keynote speakers: Professors Sihe Chen (Fudan University), David Der-Wei Wang (Harvard), and Frederic Jameson (Duke).  Keynote speeches will be followed by discussions led by a panel of respondents, organized around the general themes of realism, Shanghai, and Chinese literary history and criticism.  The second day of the conference will feature two panels of workshop presentations by junior scholars, followed by a final roundtable discussion.

SPEAKERS
Wang Anyi: Wang Anyi is a world-renowned writer from Shanghai and a leading figure in Chinese realism today. She is a recipient of Mao Dun Literary Prize, among many other prestigious literary awards in and outside China. A focal point of critical literature since the 1980s, her literary career coincides with the historical development of post-Mao Chinese society, its everyday life, and its changing, increasingly multifarious realities. She is author of a dozen novels, including Song of Everlasting Sorrow (Changhenge), Age of Enlightenment (Qimengshidai), and Heavenly Fragrance (Tianxiang) in addition to four volumes of short stories, eight volumes of novellas, and several volumes of personal as well as critical essays. Her most recent novel is Anonymous (Niming, 2015). She is Chair Professor of Chinese Literature of Fudan University and Director of Fudan MA Program in Creative Writing. In Spring 2016, she is Global Distinguished Writer in Residence at NYU China House.

Chen Sihe: Chen Sihe is based at Fudan University in Shanghai, where he is head of Chinese Department, Deputy Director of the Humanities Institute, and Director of Libraries. He is also vice chairman of Shanghai Writers Association and the editor-in-chief of "Shanghai Literature," among several other directorial posts. Chen has published and edited numerous books, including A Course on the History of Contemporary Chinese Literature, Fifteen Lectures on Major Works of Modern and Contemporary Chinese Literature, and several works on the writer Ba Jin.

Ban Wang: Ban Wang is the Willam Haas Professor in Chinese Studies at Stanford University and professor of comparative literature. In addition, he holds the Yangtze River Chair Professorship at East China Normal University. Beyond his research on Chinese and comparative literature, he has written on English and French literatures, psychoanalysis, international politics, and cinema. He was a research fellow with the National Endowment for the Humanities and the Institute for Advanced Studies at Princeton University, and has also taught at Beijing Foreign Studies University, SUNY-Stony Brook, Harvard University and Rutgers University before joining Stanford. His current project is tentatively entitled China in the World: Geopolitics, Aesthetics, and Cosmopolitan Dreams.