Republic of China (Taiwan) President Ma Ying-jeou will speak by video link to audiences in the United States, followed by questions and commentary from Stanford-based scholars William Perry, Larry Diamond, and Lanhee Chen. When the video broadcast concludes, R. Bin Wong will moderate a discussion at Taiwan Academy between Jeffrey Wasserstrom and David Kang about the ideas presented. 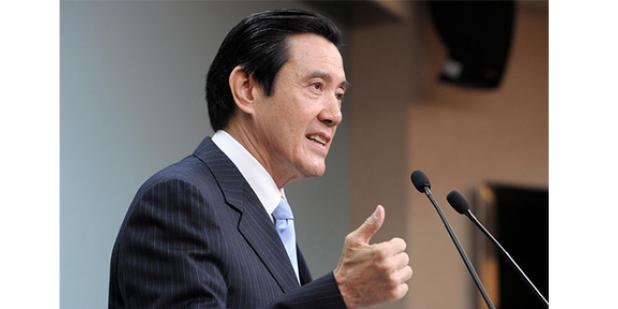 Republic of China (Taiwan) President Ma Ying-jeou will speak by video link to audiences in the United States, followed by questions and commentary from Stanford-based scholars William Perry, Larry Diamond, and Lanhee Chen. When the video broadcast concludes, R. Bin Wong, Director of the UCLA Asia Institute and Distinguished Professor of History, will moderate a discussion at Taiwan Academy between Jeffrey Wasserstrom (UC Irvine) and David Kang (USC) about the ideas presented.
Attendance is by RSVP only. Please RSVP here.
The reception begins at 5:30 p.m. and the video broadcast begins at 6:00 p.m.
Panelists
Jeffrey Wasserstrom, University of California Irvine
Jeffrey Wasserstrom is Chancellor's Professor of Chinese History at UC Irvine, where he also holds a courtesy appointment in Law and serves as the History Writing Mentor for the Literary Journalism Program. He is Editor of the Journal of Asian Studies and a member of the editorial boards of Dissent Magazine and the Los Angeles Review of Books. A regular contributor to academic journals, newspaper, magazines and blogs, his most recent publications include the Oxford University Press book China in the 21st Century: What Everyone Needs to Know (2013, also out in Korean, Turkish, and Taiwan edition) and reviews and commentaries that have appeared during the last six months in the New York Times, the FT, and the Wall Street Journal.
David Kang, University of Southern California
David C. Kang is Professor of International Relations and Business at USC, with appointments in both the School of International Relations and the Marshall School of Business. At USC he directs both the Korean Studies Institute and the East Asian Studies Center. Kang’s latest book is East Asia Before the West: Five Centuries of Trade and Tribute (Columbia University Press, 2010). Kang is also author of China Rising: Peace, Power, and Order in East Asia (Columbia University Press, 2007); Crony Capitalism: Corruption and Development in South Korea and the Philippines (Cambridge University Press, 2002), and Nuclear North Korea: A Debate on Engagement Strategies (co-authored with Victor Cha). A regular consultant for U.S. government agencies, Kang has also written opinion pieces in the New York Times, the Financial Times, the Washington Post, and the Los Angeles Times, and appears regularly in media such as CNN, BBC, and NPR. He received an A.B. with honors from Stanford University and his Ph.D. from Berkeley.
Parking Information
The parking structure is located at 10911 Lindbrook Dr., Los Angeles, CA 90024, next to Yogurtland (the intersection with Westwood Blvd). The evening parking rate is $6 per car.
Event Website URL:
http://www.international.ucla.edu/asia
Phone Number:
310-825-0007