Stepping Forth into the World: Edward Rhoads

Former University of Texas professor Edward Rhoads gives a lecture on his new book Stepping Forth into the World about the fascinating history of the first 120 Chinese students to study in the U.S. at the end of the 19th century at the Henry Luce Foundation in New York City. 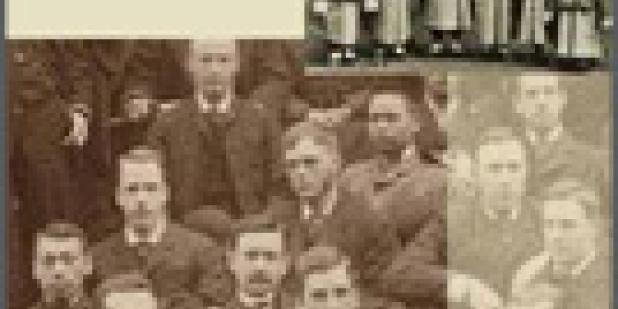 Sent overseas by the Qing government to gain technological expertise in order to strengthen China against foreign enemies, these young men, serving as early ambassadors to the United States, lived and studied in New England. Abruptly called back to China in 1881, they quickly rose through the ranks in Chinese society, eventually holding top administrative and political posts, and helping China’s modernization efforts. Ultimately, these pioneers paved the way for the many Chinese students in the United States today.

This fascinating tale of one of the first meetings between East and West presents not only Chinese history, but also the history of U.S.-China relations and of Chinese in America. It documents the struggle the students faced to preserve their culture, heritage, values and beliefs while attempting to integrate into their adoptive homeland. Although the book recounts a time nearly a century and a half ago, many of the themes and issues that Dr. Rhoads addresses have remained constant throughout the years.

Event registration will open at 9:30 a.m.; the lecture will begin at 10:00 a.m. on Tuesday, March 15 at the offices of the Henry Luce Foundation. If you would like to attend this program, please RSVP to events@ncuscr.org with your full name, affiliation, and title. All RSVPs must be received by the close of business on Thursday, March 10. Advance copies of his book will be available for purchase at the event.

Until his retirement in 2003, Dr. Rhoads was a professor of Chinese history at the University of Texas at Austin. His research interests include the late Qing and early Republic, and the history of the Chinese in the United States. His book, Manchus and Han: Ethnic Relations and Political Power in Late Qing and Early Republican China, 1861-1928, was awarded the Joseph Levenson Prize in 2002 as the best book on twentieth-century China by the Association for Asian Studies.

His current project is a history of the bicycle in China. He is a longtime member of the National Committee.